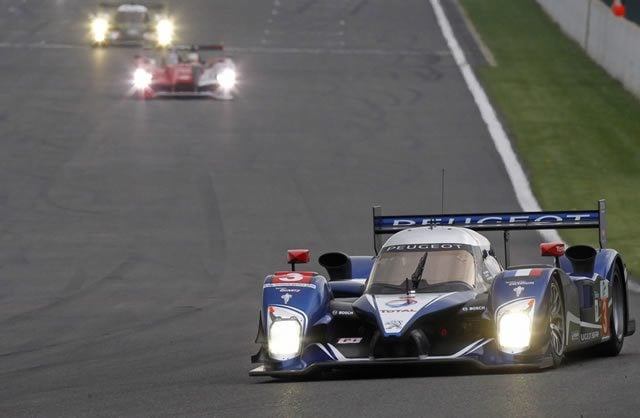 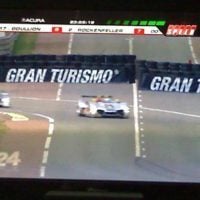 With the legendary 24 Hours of Le Mans endurance race coming up the weekend of June 12-13, Sony has re-affirmed their interest in motorsport with title sponsorship of Team Peugeot Sport. Of course, the PlayStation and Gran Turismo brand has been prominently connected with the event for several years now, with highly-visible banner placement around the Mulsane chicanes. This year, though, with the pending release of GT5, they’ve got more reason than ever to support the big race. Here’s the Sony France press release, via GT5rs (thanks to Vidor for the tip!):

In this connection, George Fornay, VP of SCE Europe and CEO of Sony Computer Entertainment France said: “Our involvement in racing and especially the 24 Hours of Le Mans for 13 years is at the heart of our marketing strategy. This year promises to be outstanding for more than a title for fans of the PlayStation 3 since 2010 celebrating the release of Gran Turismo 5 , a new racing game sequel in the best selling of all time on game consoles with more 55 million units sold worldwide. “

More importantly for us, let’s hope Sony’s presence at the race prompts Polyphony Digital to show off an updated version of Circuit de la Sarthe in a new track-side demo – it would be a nice little appetizer to have a few days before E3 kicks off in Los Angeles!

Circuit de la SartheLe MansMotorsportsPolyphony DigitalSony
The original comments for this post are no longer available.
Test Your Badge Knowledge With Our Car Logo Quiz