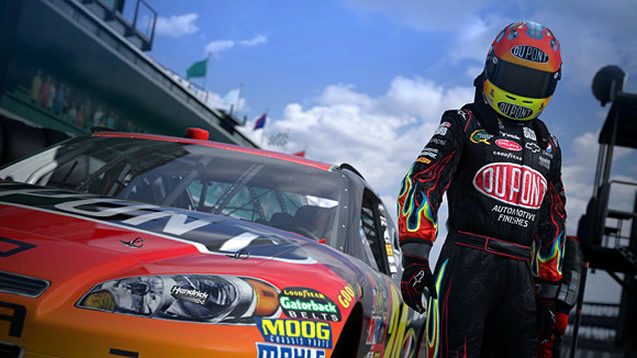 Polyphony Digital has, curiously, announced a special “NASCAR-themed online racing event” to be held in GT5‘s Seasonal Events next Monday, August 29th at approximately 8:00PM PST. Though specifics remain sparse, they have confirmed a unique prize for the event will be available in the form of Jeff Gordon’s 2010 driving suit and helmet. Kazunori Yamauchi has also commented on the event via Twitter.

This is the first time a GT5 Seasonal Event has been announced in advance, so it will be interesting to see if anything makes it particularly notable other than the unique prize. The starting time of the event also roughly coincides with a period of scheduled maintenance for GT5‘s online services.

Thanks to Blake for the tip!

GT5 Seasonal EventsJeff GordonNASCAROnline CompetitionsOnline Events
The original comments for this post are no longer available.
Can You Beat the Impossible Gran Turismo Quiz?

Gran Turismo 7 66 Feb 17 by Andrew Evans
Kazunori Yamauchi has made some interesting comments about the future direction of Gran Turismo’s graphics. The Polyphony Digital studio boss has suggested that frame rate, rather than display resolution, may…

Gran Turismo Sport 494 Feb 17 by Andrew Evans
This week’s GT Sport Daily Races will take you to some tight and twisty real world circuits, in the UK and Japan. The UK’s representative is Brands Hatch for Race…

Gran Turismo Sport 186 Feb 15 by Andrew Evans
Polyphony Digital has revealed another new car on its way to GT Sport soon, and it’s a vehicle with quite some history. Aston Martin’s DBR9, a GT1-class race car that…