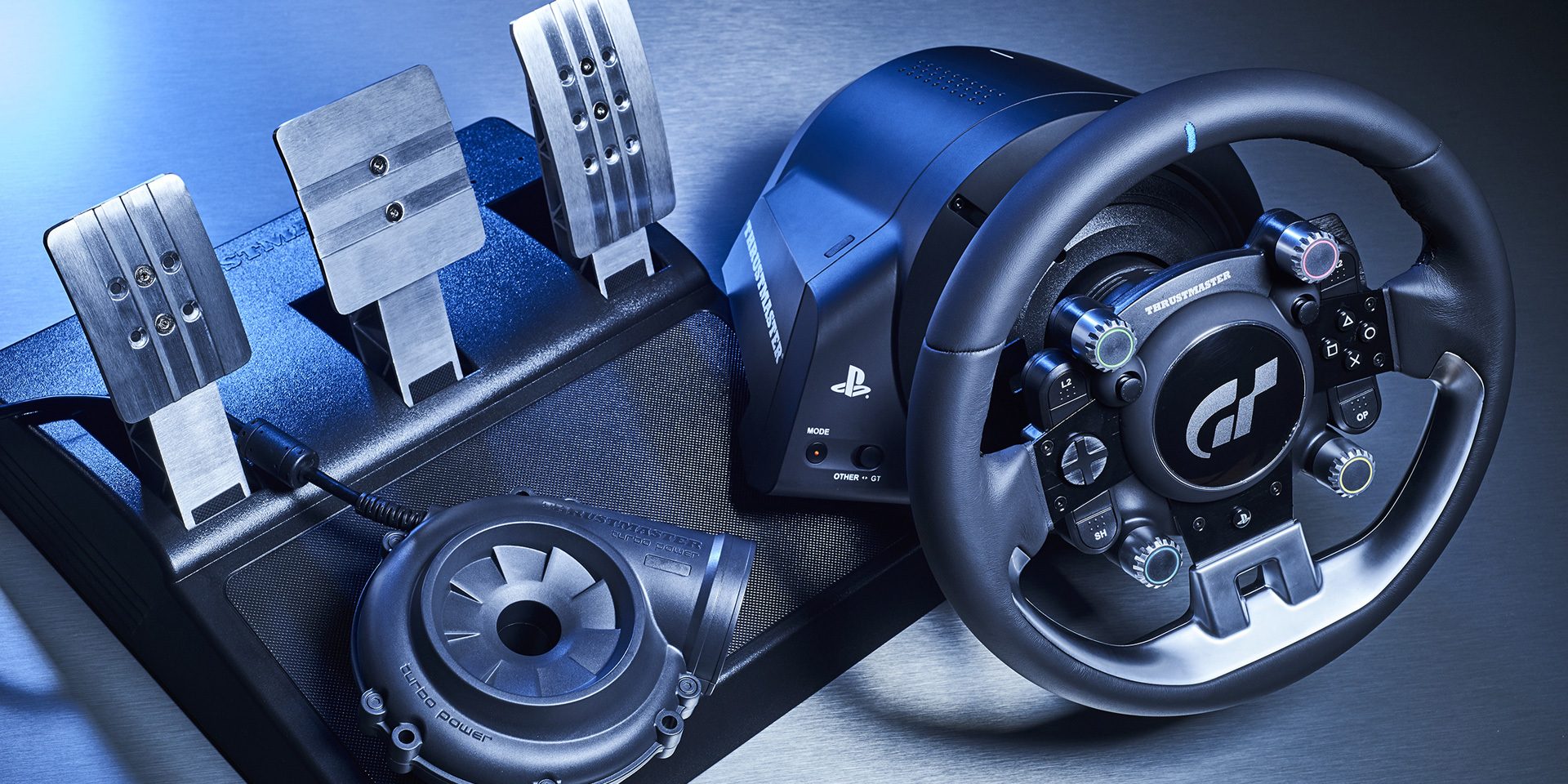 Peripheral supplier Thrustmaster has issued a statement apologizing to Polyphony Digital and the competitors at the GT Sport World Tour event in Tokyo, for a component failure that’s resulted in a full hardware swap at the event.

The Thrustmaster T-GT is the official wheel of GT Sport, and competitors will have set off from around the world with no expectation of using any other equipment. Many of them practice with the T-GT precisely because it is the official wheel and they know they’ll have to use them at these live events — every event to date has used this wheel.

According to the statement, the brand is investigating an unusual failure on a wheel in Japan. While it waits for the conclusions of an assessment on the cause of the failure, it’s chosen not to subject the wheels to the live stage in case the issue arises on one of the wheels there. The T-GT in question suffered a failure under ‘very intensive use’, and there’s not much that’s more intensive than one of the best 24 drivers in the world wrestling with it for four days.

Within a context of very intensive use, a rare component failure has occurred on one T-GT racing wheel in Japan this month. Analysis and tests are currently underway. As the full assessments on the part of our services and qualified experts have not yet been completed, out of an abundance of precaution, a decision has been made to wait for the conclusions. Given the proximity to the event of Gran Turismo World in Tokyo and for the first time since the beginning of our adventure with Polyphony, the competition will not be able to take place using the T-GT racing wheel. We extend our sincere apologies to the entire GT community — most of all to the GT competitors who will be taking part in this round of the competition, as well as to the Polyphony organization. Please rest assured that Thrustmaster is giving this issue its full attention and will take all measures it deems appropriate.

The swap has created quite a buzz, not least among the competitors themselves. A lack of practice on the replacement Fanatec hardware might upset the established order — we all saw what a mistaken button press alone can do at the Paris event.

However, if Thrustmaster is concerned that a manufacturing fault has crept into a batch of wheels destined for Japan, it may feel it has no choice but to withdraw the wheels. A wheel failure in the same manner during a highly public event like this could be disastrous.

There are only four weeks to go until the World Final in Monaco, and Thrustmaster will doubtless want to solve the issue and its cause before the jewel in the crown of the FIA-Certified GT Sport Online Championship.

Andrew Evans · Oct 26, 2019· Comments
Michelin, official Tire Supplier and Technical Partner of Gran Turismo, is staging a special online competition for players in south-east Asia and Oceania, with an all-expenses paid experience at Yas Marina, Abu Dhabi, for the winner.

Andrew Evans · Oct 26, 2019· Comments
A new set of Gran Turismo Sport Daily Races is now available, with the unannounced change to a four-weekly cycle now seemingly the standard from this point forward.

Andrew Evans · Oct 26, 2019· Comments
Following on four weeks from the last set, a new set of Daily Races is now available in Gran Turismo Sport as players get used to the new scheduling for the 2017 title.

Andrew Evans · Oct 26, 2019· Comments
For the first time in nearly a month, there’s a new set of Daily Races in Gran Turismo Sport for players to enjoy for the foreseeable future.

Andrew Evans · Oct 26, 2019· Comments
It’s the inevitable fate of any game that, once it is succeeded, it will eventually wither away as support is withdrawn. While this process usually takes months at a minimum, GT Sport seems as if it could be sidelined in record time.

Andrew Evans · Oct 26, 2019· Comments
Despite being superseded by Gran Turismo 7, GT Sport’s Daily Races seem to be continuing on their weekly cycle — for the time being at least.

Andrew Evans · Oct 26, 2019· Comments
Although Gran Turismo 7 is now out, GT Sport shows no signs of slowing down any time soon, with a new set of Daily Races now available to players.

Andrew Evans · Oct 26, 2019· Comments
Gran Turismo Sport will finally be superceded by Gran Turismo 7 this week, but there’s still plenty to be getting on with in the current title — starting with a new set of Daily Races.