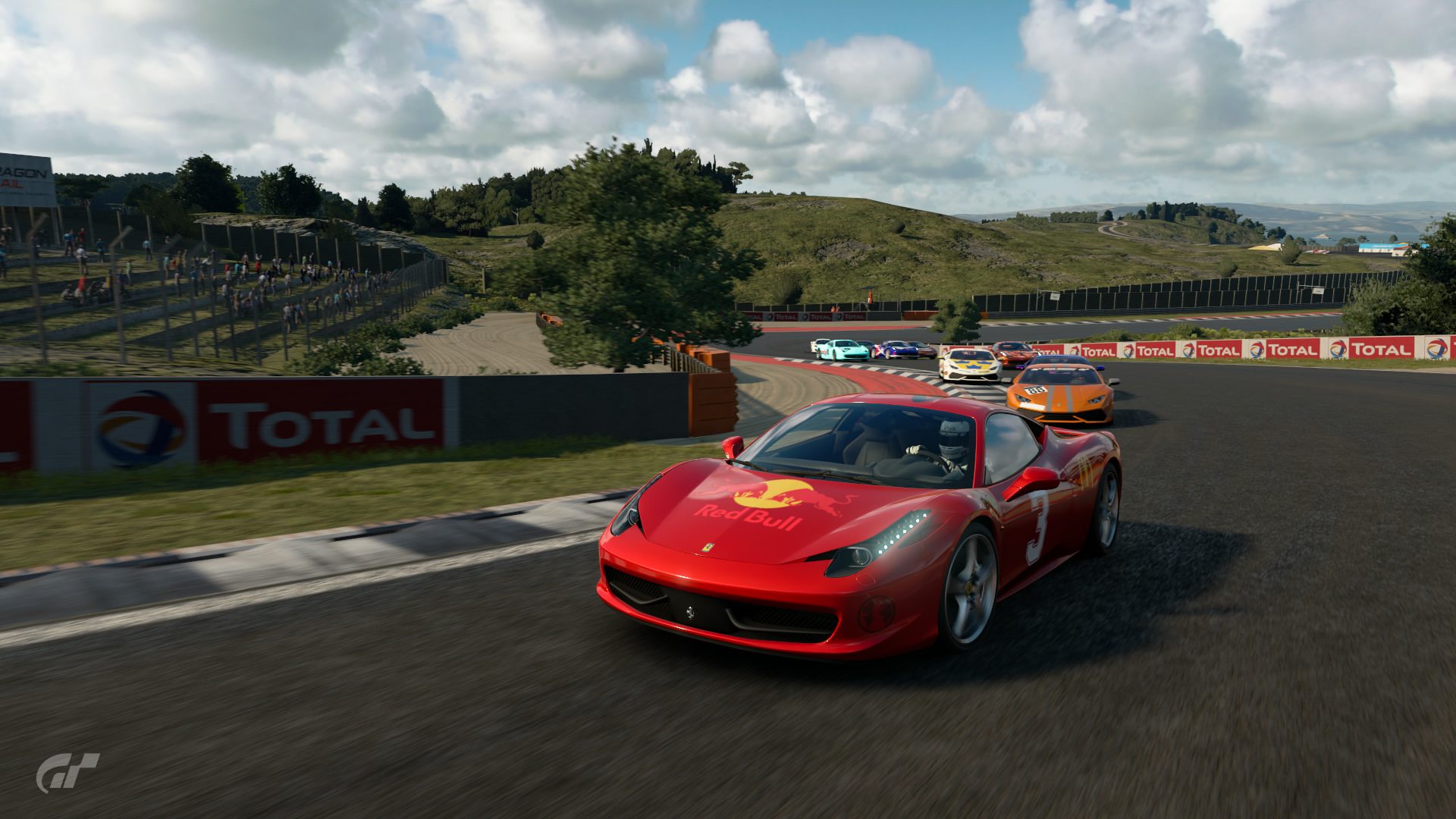 Whether you’re new to GT Sport or you’ve been playing it a while, you’ll likely be aware of the Driver Rating (DR) system.

It’s a scoring system the game uses to rank drivers according to ability. DR is a significant part of GT Sport’s esports focus; you’ll see your own DR score in the top-right corner of many in-game screens, as well as your online profile. Yet how the system works is a bit of a mystery.

We’ve been digging about a little to find out more about the DR system.

What do the letters mean?

GT Sport groups drivers into DR categories. Each category has a letter, with A+ at the top then alphabetically from A down to E. In this respect it’s the same as the game’s Sportsmanship Rating (SR), with the key difference that the top rank in SR is S, not A+.

Broadly, the letter corresponds to a driver’s results in Sport Mode’s Daily Races and FIA series. A+-ranked drivers are the best, followed by A-ranked players, all the way down to D-ranked.

The game reserves E ranking only for new players. All players start at E, for around five races — a probationary, or rookie, period if you like. Once a player leaves the E category, they won’t return.

As of the first full FIA Championship season, there is now an S rank in DR as well. This goes, by application only, to eligible drivers who are among the top ranked worldwide, within their nation or for a manufacturer. Once assigned, this does not change until the end of the following season. 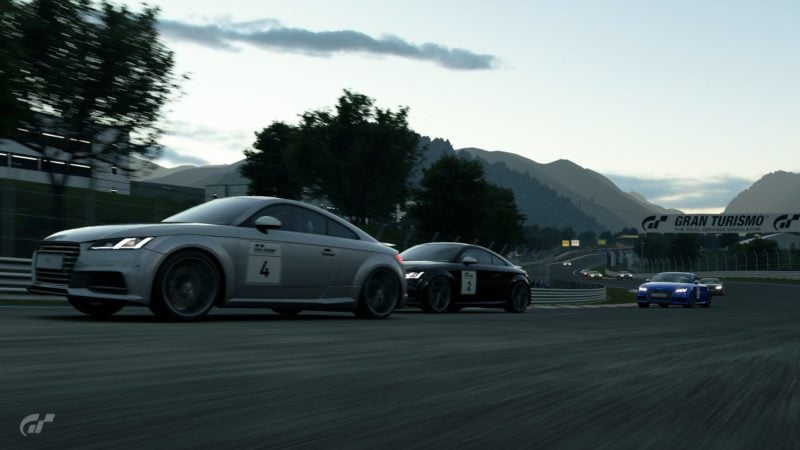 What determines the DR letter?

In fact, the letters correspond to a hidden points score. This score is not freely available to players, although it’s possible to dig it out from your online profile. The minimum score is 1, and the maximum is 75,000.

When a player reaches a certain score, they will usually move up to the next DR letter. Of course points can also fall, so if they drop down below the boundary score, their DR letter will drop too. The points requirement for each category is as follows:

The S rank is different and is determined only by your FIA Championship status. If you’re among the top drivers in your region, or for your chosen manufacturer, you can apply for the S rank. Your DR score continues to rise and fall as normal, but it will appear as S until the end of the following season.

What does the DR progress bar mean?

Your DR progress bar shows how far you are through each grade. If you are a C-rated driver and your bar is a third of the way across, you have roughly 6,000 points. The same situation for an A-rated driver would be roughly 37,000 points.

When the DR progress bar is full, you have almost enough points to reach the next level.

How Can I Improve My Driver Rating?

In fact this is exceptionally complicated, but as far as players are concerned it’s quite simple: finish well.

The only thing that truly matters for your own DR is where you finish a race. There’s a rather complex formula that determines the exact amount of DR you gain or lose, but ultimately it comes down to getting good results.

In general terms, if you finish above the halfway point of the field as it’s shown in the matchmaking screen, you should see an increase in DR. The higher you finish, the more it will increase. Finish below that halfway point and your DR should decrease, by more and more the lower you finish.

This isn’t always the case however. It boils down to where the game believes you should finish, according to your DR ranking among all of the players on the grid. Essentially, if you’re the highest ranked driver on the grid by DR, anything but a win is not a good result. You may even lose DR points for a podium finish, in extreme cases. 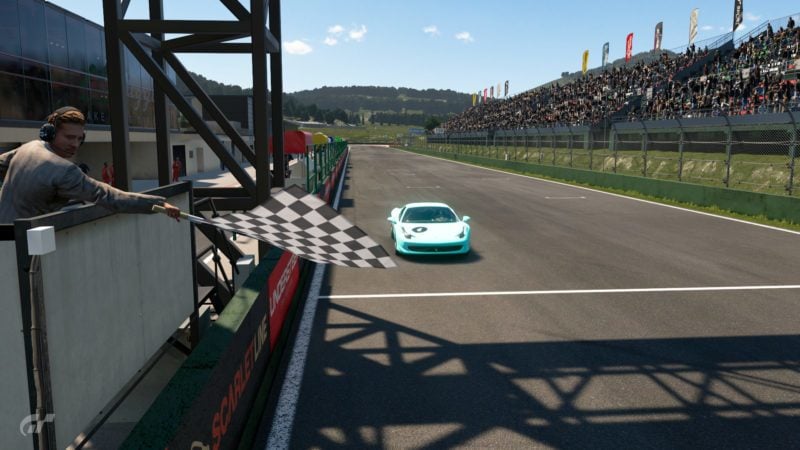 There’s good evidence that GT Sport displays your ranking by the number it assigns to your car. If your car is #1 in a lobby, it’s pretty likely that you have the highest DR of any driver present. However, there are situations where this isn’t always accurate. The sorting algorithm for the game seems to rank alphabetically, where 8,000 would rank higher than 75,000, rather than numerically. Your car number is a good indicator of where you should aim to finish.

Along with how well you finish, a key factor in all of this is the relative quality of the field, as determined by the DR of all drivers in it. Simply put, you will gain fewer DR points for beating a field of 15 E-ranked drivers than you would if there were A-ranked drivers too.

The harder, and larger, the grid of opponents, the greater the rewards for a good finish. But be warned: as your DR can fall too, a larger grid will make it fall by more should you get a poor result. The sum total of DR gained and lost by the individual drivers in each race will always add up to zero.

Your DR will also rise as you advance levels. GT Sport will award around 1,200 DR points for moving up a level. It will deduct the same amount should you fall back a level too. This seems to be intended to prevent drivers constantly moving between levels. 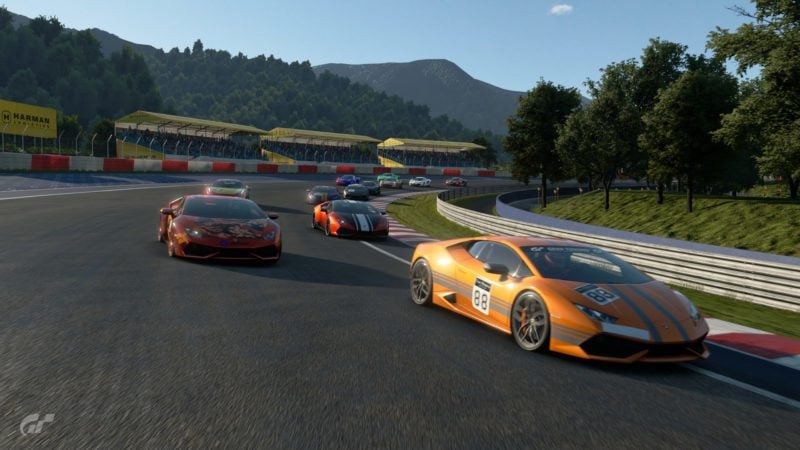 Can My Sportsmanship Rating Affect My Driver Rating?

Usually no, but it may affect your ability to progress to the next level.

As you’re rising through the rankings, you may encounter situations where you cannot reach the next DR letter. This happens because SR acts as a capping mechanism; the game does not allow your DR rank to exceed your SR rank. In order to progress from DR C to DR B, for example, your SR must already be at B or higher. This applies no matter how many DR points you may have.

More importantly, a dramatic fall in SR can result in a DR “de-ranking” too. It’s possible to maintain your DR even if your SR falls below it by two levels: DR A and SR C, for example. However, if the drop in SR points is large enough it may result in DR falling too.

When this happens, the game assigns a new DR score to the driver, wiping out any progress they may have made.