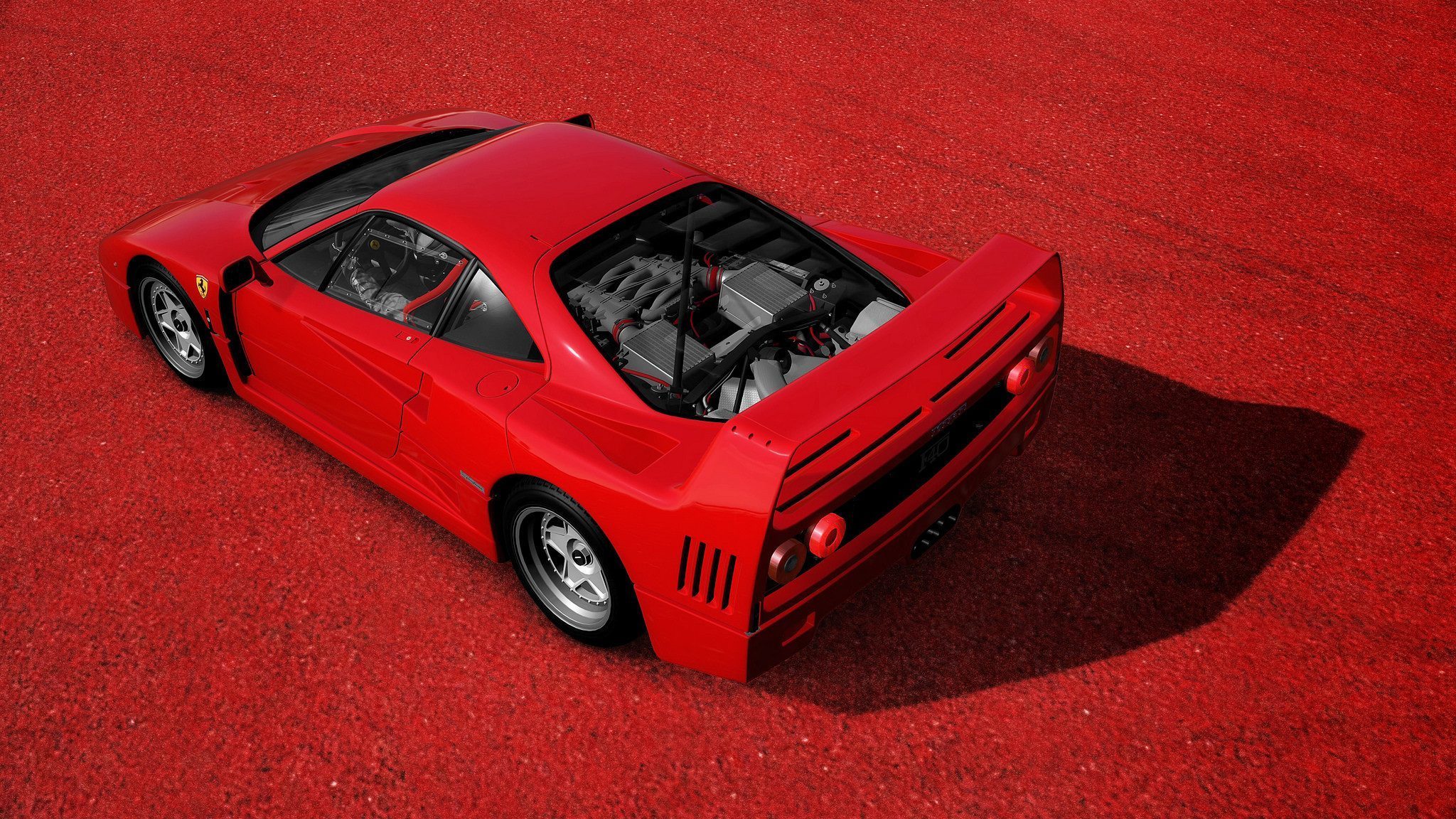 The E3 hype has finally elapsed, bringing things back down to their normal levels. This year will prove itself to be plenty expensive when it comes to racing games, beginning with F1 2017.

Due August 25, this year’s F1 racer re-introduces classic machines to the fold. Of those revealed thus far the most recent addition is sure make fans happy, but more on that later. Things heat up considerably the following month and into October with Project CARS 2 and Forza Motorsport 7. As before, the outlier of the equation is Gran Turismo Sport.

We have a general idea of its targeted release, but nothing concrete to set our clocks to just yet. However, we’re willing to bet that a final date for the game will make way at Gamescom in August.

While things have quieted down considerably, there’s still plenty to recap from the week so let’s get to it.

This year’s racing games are shaping up to be an impressive bunch, offering something to everyone. Project CARS 2 offers up the intriguing LiveTrack 3.0; Forza Motorsport 7 reprises the “feel” of a grueling race; and GT Sport re-imagines the series with an approach to esports.

This week’s featured image comes to us courtesy of Chikane and features the almighty McLaren P1. Nearing its third anniversary, Driveclub remains one of the best-looking titles for PlayStation 4.

The more time we spend with the game, the more we’ve come to the conclusion that it bears resemblance to Project Gotham Racing. As unlikely it may be, here’s to hoping that the series gets a much deserved sequel. 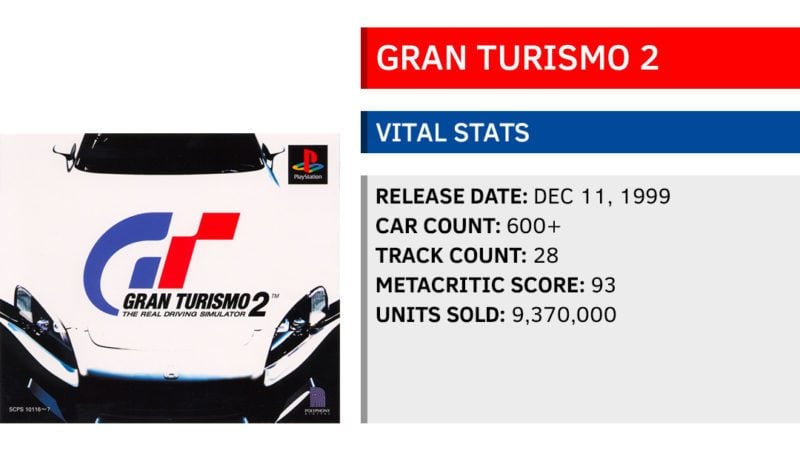 Earlier this week we ranked the main entries in the Gran Turismo franchise from worst to best. The article speaks volumes to the success of the franchise and where each game stands.

Gran Turismo 3 and 4 in particular are fantastic. There’s no denying what they brought to the table; GT3 was my starting point for the franchise and GT4 was a head-turner in its own right.

Coming in at number three is Gran Turismo 2. Released December 1999, there’s something about the series’ second installment; something the latter games seem to miss out on.

Between the unique cast of vehicles and a few seemingly one-off racing locations, GT2 feels like a special attraction. As a personal favorite for this writer, GT2 serves as a reminder of what the series stands for: fun.

Every title offers something that we’re undeniably fond of, and that includes the sixth installment despite its ranking. Have a look at the original piece to see where the remaining titles placed on the list. Perhaps you agree, perhaps you have an entirely different opinion. Let us know what you think in the accompanying thread. 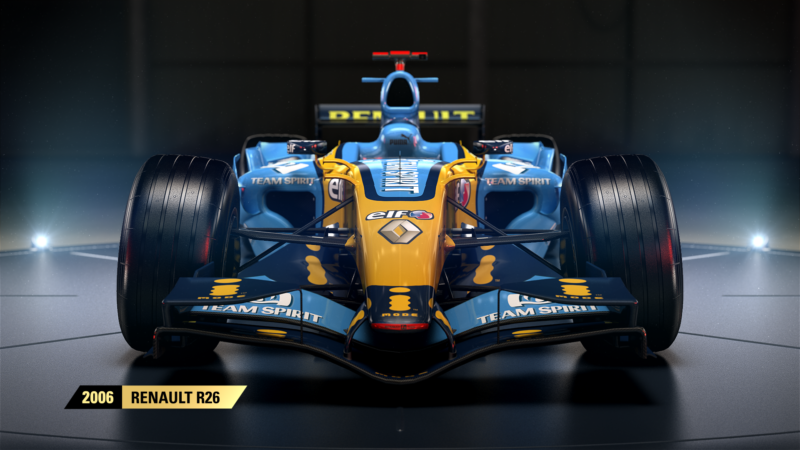 If the previous announcements weren’t to your particular tastes, perhaps this one will be. Fernando Alonso’s championship-winning Renault R26 joins F1 2017’s classic lineup this August.

Fans can return to the Spaniard’s and Renault’s winning ways with the V8-powered monstrosity that fended off Michael Schumacher. Taking Alonso to his second consecutive Drivers’ Championship, the R26 will surely be a reckoning force in this year’s F1 game.

Joining the R26 are eight other classic machines with three more remaining. Here’s to hoping one of those is the Brawn GP 001 responsible for taking Jenson Button to his maiden championship.

You can read the original report here, and catch up on the previous classic reveals here.

Video of the Week

Serving as the cover star of Project CARS 2, this week’s choice felt like an obvious one. The McLaren 720S packs plenty of wallop with a 4.0-liter twin-turbo M840T V8 putting down 710 horsepower.

We’ll let the video do the rest of the talking.

We’ve said this over a dozen times but it bears repeating: 2017 is going to be an expensive year for games. With so much on offer from genres beyond racing there’s going to be enough to keep us occupied. The game we’ve heard the least of is the upcoming GTR 3.

Originally announced earlier this year, the returning franchise is yet another notch on the racing game gauntlet. While there isn’t much to sink our teeth into, the GTR series is renowned for what it brought to the table for PC players. Expected in 2018, GTR 3 brings a 24 hour day-to-night transitions and dynamic weather to the table.

We’ll continue to follow any further developments on the returning franchise as they come. Until then, we’ve have several new racing games to look forward to this year and the continued evolution of Assetto Corsa. Color us overwhelmingly excited.

Gary Slater · Jul 10, 2017· Comments
As 2022 begins to enter the closing stages, Forza Horizon 4 welcomes December with an apt Winter season. With festive plans beginning to take shape, players are continuing to hunt down the latest events.

Andrew Evans · Jul 10, 2017· Comments
The final set of Forza Horizon 5 seasonal playlist challenges for the current Series is available from today, with seven more days to get through the donut-based activities.

Andrew Evans · Jul 10, 2017· Comments
The latest seasonal preview for Forza Horizon 5 will stream later today, Thursday December 1, revealing what new content, challenge, accolades, events, and world changes are coming up for players over the next couple of month.

Andrew Evans · Jul 10, 2017· Comments
GTPlanet had the opportunity to sit down with Gran Turismo series creator Kazunori Yamauchi as part of a round-table interview during the recent GT World Series Finals in Monaco.

Andrew Evans · Jul 10, 2017· Comments
One of the bigger stories surrounding Gran Turismo in 2022 is production finally beginning on the long-awaited movie of the same name.

Andrew Evans · Jul 10, 2017· Comments
As the curtain drops on another exciting season of the Gran Turismo World Series, Polyphony Digital is already looking forward to a bigger and better 2023.

Jordan Greer · Jul 10, 2017· Comments
Ferrari has finally unveiled its highly anticipated Vision GT project car during the Gran Turismo World Finals here in Monaco. As you might expect from the famous Italian company, it’s quite a looker!