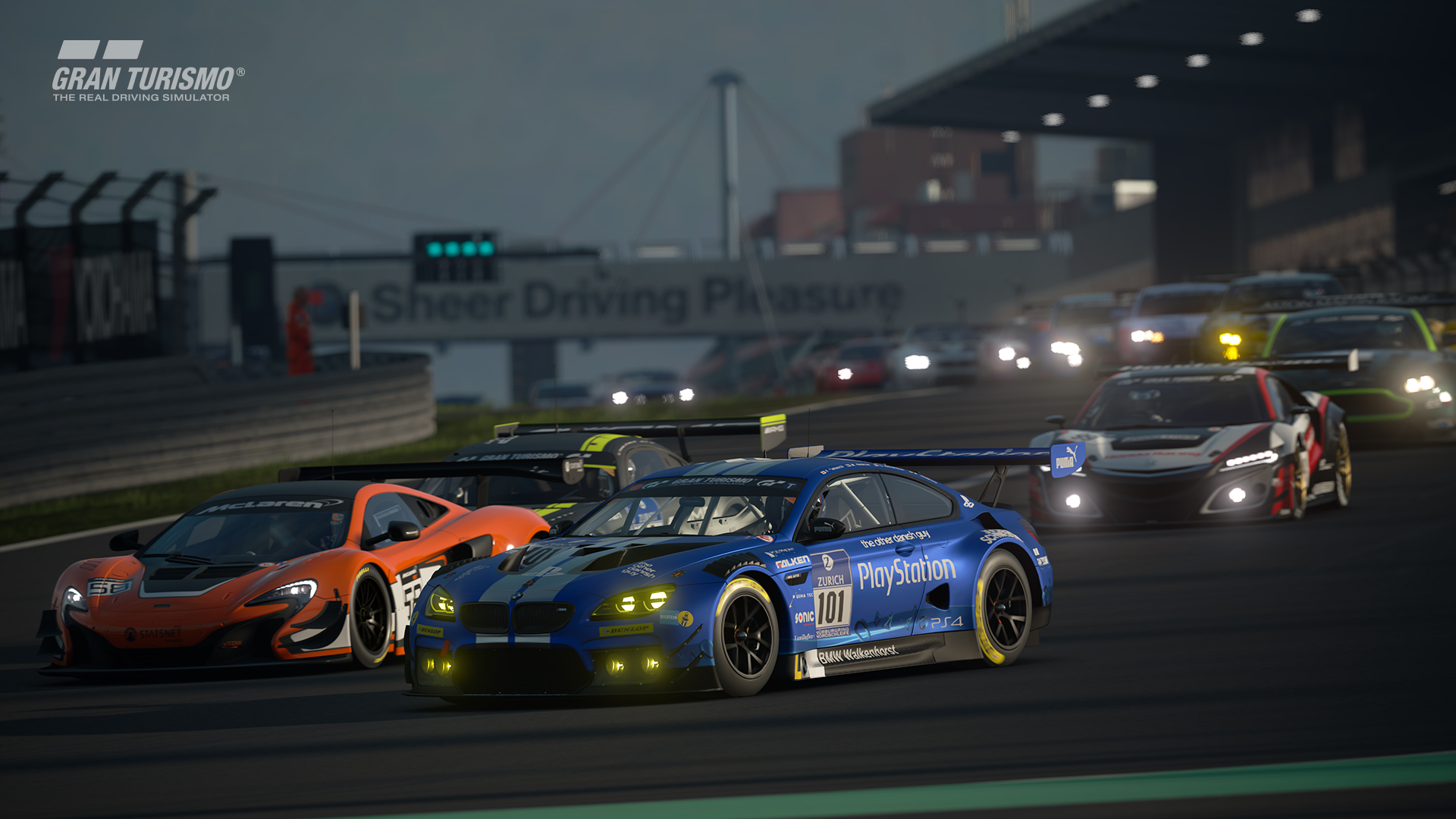 The latest build of GT Sport shown at the Goodwood Festival of Speed has given us a glimpse at the title’s pit stop mechanics. Captured by GTPlanet user Aderrm, the video shows how pitting currently works in the latest GT title.

How Does it Look Presentation Wise?

Gran Turismo Sport will follow its predecessors by featuring fully animated pit crews. Upon driving into the pit area, the camera switches to a cinematic view like the in-game replays. The player will then be prompted to choose the required service and the crew do their thing.

The actual animations of your pit team look inline with what we’ve seen previously through GT5 and GT6. The paddock behind your pit team is totally empty, so we don’t see anything to the level of detail seen in something like Codemasters’ Formula 1 series yet. That being the case, it’s still encouraging to see an actual pit stop in game for the first time.

If we look at the small 20 second clip further, there are some intriguing inclusions. During the pit stop, we can see two timers on the screen. One specifies overall pit time and the other shows time stopped in the pit area.

Given Gran Turismo Sport’s focus on esports broadcasting, this is most likely for spectator benefit. That being said, could this indicate that time carried out to complete a certain task is actually variable? Yamauchi has previously expressed interest in introducing human drama to the GT series, and dynamic pit stops would certainly line up with that. We’re interested to see just how much time differs between carrying out the same types of work during a pit stop.

It also doesn’t appear that pit stops will be strictly limited to tire and fuel changes either. The UI specifies that the engine, suspension and aero can all be repaired. Is this our first official confirmation of mechanical damage in the game?

The subject of damage hasn’t been a big focus for GT Sport’s marketing so far. The ongoing beta shows some visual bumps and scrapes but nothing at a mechanical level. If this is evidence of a damage model that incorporates suspension, engine and even aero repairs, this is a massive improvement for the series. No work on these aspects takes place in the video, so we’ll have to wait and see for now.

A Step in The Right Direction

We’ve had hints that pit crews would appear in GT Sport but now we can finally see them in action. As always, it’s worth bearing in mind this is still footage of a work-in-progress title and as such may not be representative of the finished game. That being said, it’s hard not to get excited with our first look at GT Sport’s pit system in action.

Hopefully with the fall release window approaching fast, we’ll get a direct-capture look at the pit team in action soon enough. Last month, GTPlanet got the chance to try the E3 2017 build of the game: you can read our thoughts here.

Andrew Evans · Jul 3, 2017· Comments
Michelin, official Tire Supplier and Technical Partner of Gran Turismo, is staging a special online competition for players in south-east Asia and Oceania, with an all-expenses paid experience at Yas Marina, Abu Dhabi, for the winner.

Andrew Evans · Jul 3, 2017· Comments
A new set of Gran Turismo Sport Daily Races is now available, with the unannounced change to a four-weekly cycle now seemingly the standard from this point forward.

Andrew Evans · Jul 3, 2017· Comments
Following on four weeks from the last set, a new set of Daily Races is now available in Gran Turismo Sport as players get used to the new scheduling for the 2017 title.

Andrew Evans · Jul 3, 2017· Comments
For the first time in nearly a month, there’s a new set of Daily Races in Gran Turismo Sport for players to enjoy for the foreseeable future.

Andrew Evans · Jul 3, 2017· Comments
It’s the inevitable fate of any game that, once it is succeeded, it will eventually wither away as support is withdrawn. While this process usually takes months at a minimum, GT Sport seems as if it could be sidelined in record time.

Andrew Evans · Jul 3, 2017· Comments
Despite being superseded by Gran Turismo 7, GT Sport’s Daily Races seem to be continuing on their weekly cycle — for the time being at least.

Andrew Evans · Jul 3, 2017· Comments
Although Gran Turismo 7 is now out, GT Sport shows no signs of slowing down any time soon, with a new set of Daily Races now available to players.

Andrew Evans · Jul 3, 2017· Comments
Gran Turismo Sport will finally be superceded by Gran Turismo 7 this week, but there’s still plenty to be getting on with in the current title — starting with a new set of Daily Races.