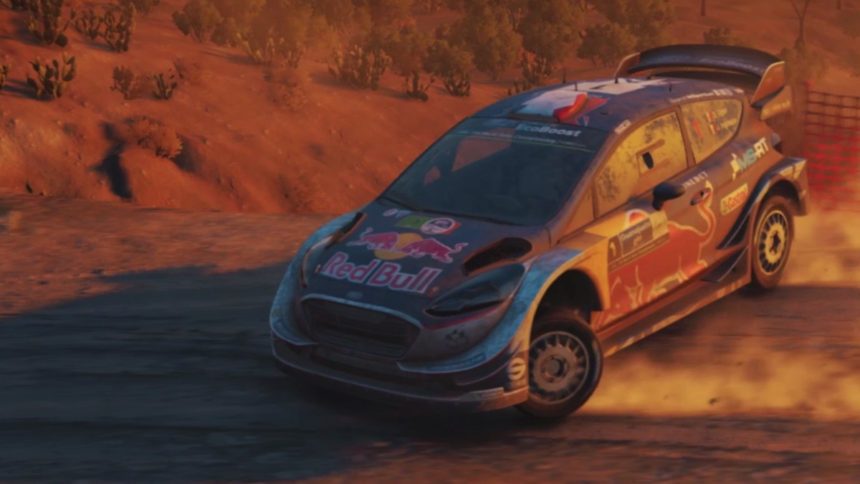 More news from Big Ben Interactive and Kylotonn Games about WRC 7 today. In a GTPlanet exclusive, we bring you the newest trailer, showing Ford’s latest Fiesta tackling rally stages across the globe.

Set to a pounding hip hop soundtrack, the trailer gives us our clearest look yet at most of the thirteen locations that make up the 2017 WRC calendar. The action kicks off in Mexico, where we’ve already seen the longer “Epic Stage” earlier this summer.

After a brief pass of Portugal, the Fiesta is off to the rainy, off-camber corners of Argentina. It’s a drastic change of pace, one underscored by the next location: Rally Sweden. The snowy clime should prove a challenge for aspiring rally drivers. Luckily, Sweden does without the punishing claustrophobia of the famous (and similarly snowy) Monte Carlo. We tried the Monte and Mexico during our E3 hands-on time with WRC 7 and came away impressed by the game’s sense of speed and approachability.

The trailer continues to globe trot, hitting a handful of other locations. We spotted the picturesque roads of Catalunya, the down and dirty Rallye Deutschland, and our personal favorite, the soggy yumps and jumps of Wales. Players looking for dustier, highs-speed sections will be glad to see Australia’s Kennards Hire and Italy’s Sardegna.

WRC 7 will feature the official cars of the top-flight rally championship. Not only will it include the faster, more powerful 2017 models, last year’s pack will be joining them. In addition, the game joins the ranks of titles with Porsche, with the 911 R-GT up as a pre-order bonus. It will also continue the push into the world of esports that started with WRC 5.

Curious about a release date? Big Ben has narrowed the window down further here. WRC 7 will arrive next month, September 2017, on all major platforms. Yes, it’s going to be a busy season for racing game fans. But then again, we called it at the beginning of the year!

Gaming 17 Sep 19 by Andrew Evans
Sony has apologized for how it handled PlayStation 5 pre-orders, and has promised to rectify the situation with further console availability soon. Despite a comment earlier in the year that…