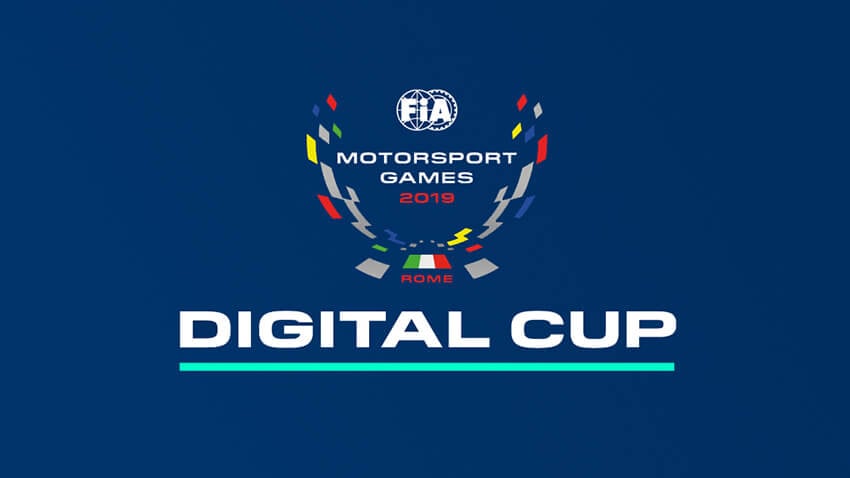 The FIA has announced 16 drivers who’ll be competing in the Digital Cup at the first FIA Motorsport Games at the beginning of November, and the list includes some rather familiar names.

A new event for 2019, the Motorsport Games follows on from the Nations Cup competition which ran last year. Back then the event only consisted of a single discipline, with a real-world GT3 race between the nations — won by Team Turkey. This year’s version expands that to six different kinds of motorsport, including the virtual in the Digital Cup.

The Digital Cup competition will run alongside the other five disciplines, which range from karting to GT3 and even drifting, at the Vallelunga circuit from November 1-3. It will use GT Sport, under supervision by a real-world FIA race director and stewards.

Appropriately then, for followers of the GT Sport‘s own flagship competition, there’s a number of recognizable stars from the FIA-Certified Online Championship. 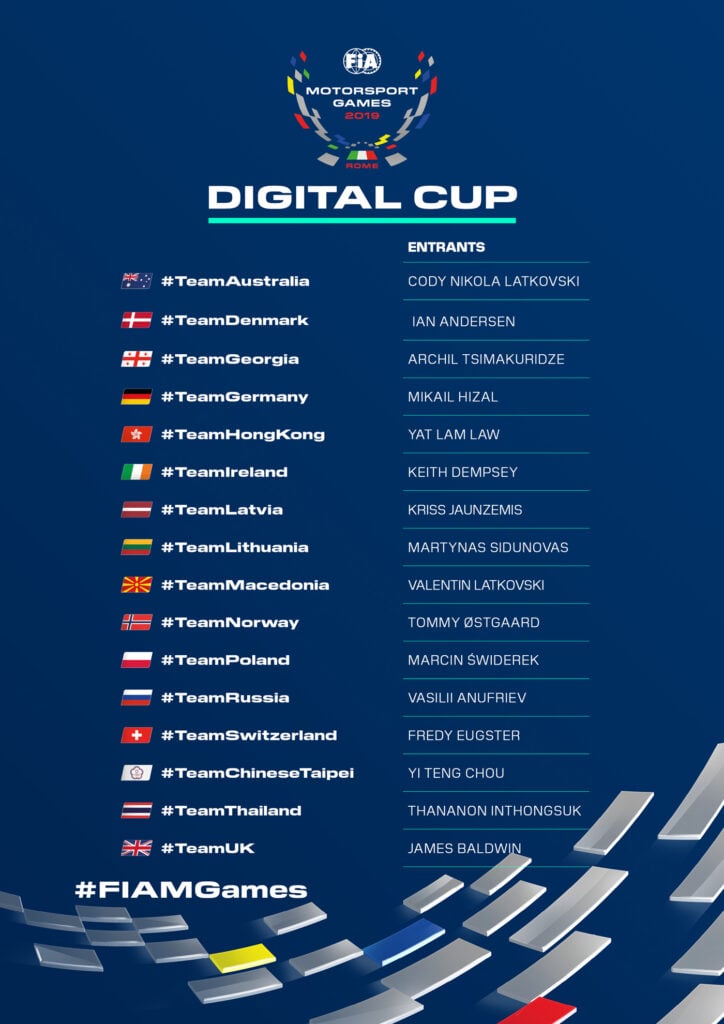 Leading that list is Mikail Hizal. Hizal recently won his first World Tour Nations Cup title at the Hangar-7 event in Salzburg, Austria. He was also the top-ranked driver in Europe in last year’s competition, and finished second in the World Final in Monaco. He will represent Team Germany in the FIA Digital Cup competition.

Another World Tour event winner joining Hizal in Italy is Cody Latkovski. Latkovski has won back-to-back Manufacturer Series titles with Mercedes-Benz, in both New York and Salzburg, along with finishing second to Hizal in the Nations Cup in Austria. He’ll represent Team Australia at Vallelunga.

There’s further World Tour representation in Italy too. Yat Lam Law of Hong Kong is a GT Sport World Tour veteran and put in some solid performances in Paris earlier this year. Yi-Teng Chou, representing Chinese Taipei, is another World Tour finalist at the Motorsport Games.

It’s not just players known in GT Sport circles either. James Baldwin of Veloce Esports will represent the UK. While probably best known as an F1 Esports driver for Alfa Romeo, he recently won the Le Mans Esports Series title on Forza Motorsport 7, and beat the pro drivers in real cars at the Race of Champions last year too.

One driver making it a family affair is Valentin Latkovski. He’s Cody’s father, and the elder Latkovski will be representing his native North Macedonia — listed here as Team Macedonia — which should make for some interesting situations on the virtual track.

The action gets underway on November 1, with only 12 drivers eligible to make it through to the final on November 2.

FIA Motorsport Games
51 Comments Discuss this post in our forums...
Can You Beat the Impossible Gran Turismo Quiz?