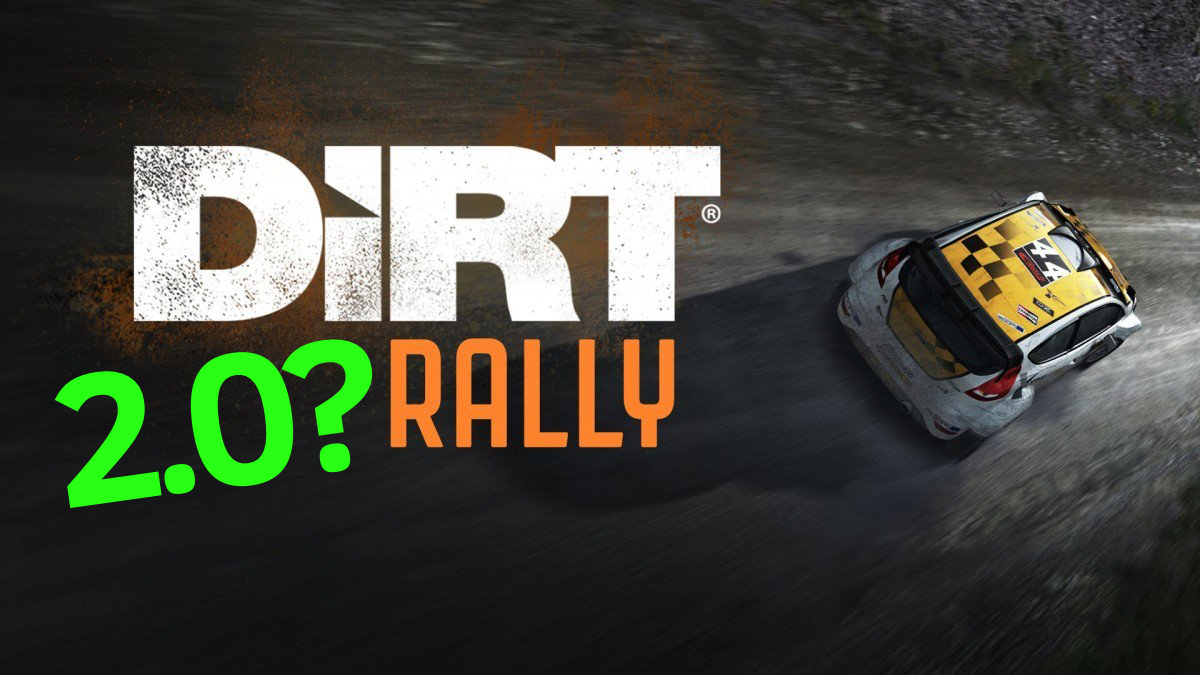 Just a week after Codemasters published (and then pulled) a mysterious pizza website full of references to Colin McRae and Petter Solberg, we’ve got a more overt teaser in the form of suggestive posts from a variety of official Twitter accounts.

Oliver Solberg, Petter Solberg’s son, has also been involved in the game’s development and posted his own teaser as well:

The most obvious implication is DiRT Rally 2.0. The decimal place could be a nod to the classic Colin McRae Rally 2.0, though it’s unlikely we would see that name get a reboot with the recent popularity of DiRT.

We were big fans of the first DiRT Rally title, as you can tell from our 2016 review, though the franchise has changed quite a bit since then. DiRT 4 was released last summer, and, while good, it didn’t scratch the same itch that the more hardcore Rally spin-off did back in its day.

We’ll keep an eye out for more news and rumors, which are likely to start ramping up over the next few weeks.

Andrew Evans · Sep 24, 2018· Comments
Usually a game update is a time of joy, but today’s update to DIRT Rally 2.0 will be tinged with some sadness for the game’s fans. It’s a relatively small update, but with major implications: it represents the end of the road for DR2.

Andrew Evans · Sep 24, 2018· Comments
All eyes may be on the next title in the DIRT series, DIRT 5, but DIRT Rally 2.0 still has a few things to give. Today, Codemasters has announced that the World Series esport competition, running in DR2, will return for 2020.

Andrew Evans · Sep 24, 2018· Comments
DiRT Rally 2.0 players could win a trip to Washington for a rally school lesson from Oliver Solberg, in a new competition that starts today.

Andrew Evans · Sep 24, 2018· Comments
The realities of coronavirus quarantines around the world are starting to set in, but for PlayStation gamers at least there’s a crack of light peeking through the gloom. Off-road racing sim DiRT Rally 2.0 will become available for free to all PS Plus subscribers this month.

Michael Leary · Sep 24, 2018
Codemasters has announced a new version of DiRT Rally 2.0 that veterans and newcomers alike will be able to get their hands on later this month. Dubbed the Game of the Year Edition, this new release includes over 80 cars and 26 locations.

Andrew Evans · Sep 24, 2018· Comments
As teased earlier in the week, there’s something new coming to DiRT Rally 2.0 soon. Codemasters has now revealed all, and in March players can take part in a celebration of all things Colin McRae.

Andrew Evans · Sep 24, 2018· Comments
If you’re still undecided on whether to pick up DiRT Rally 2.0 or not, Codemasters has released something to help you make your mind up.