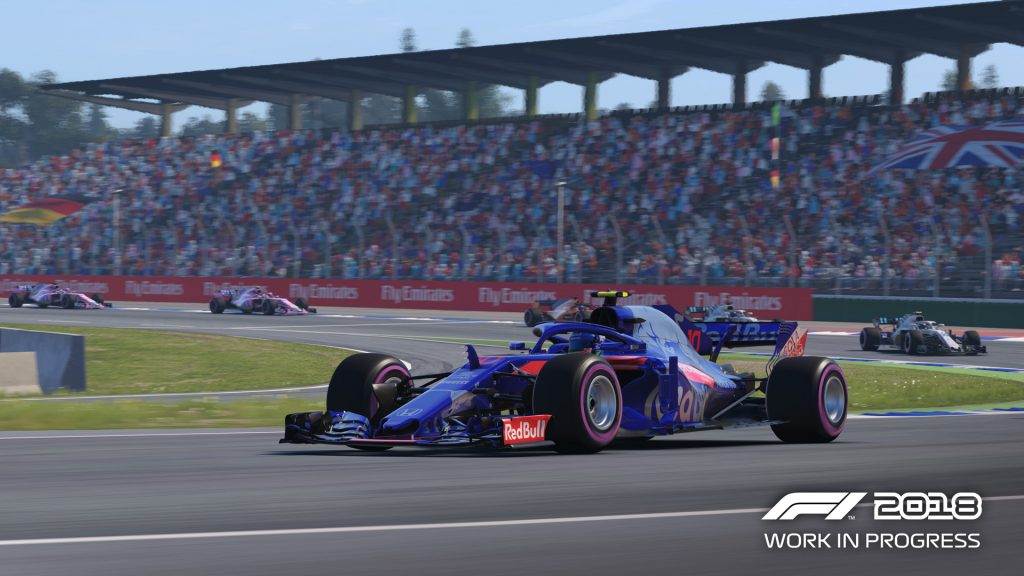 Less than two weeks remain until F1 2018 launches. Codemasters is continuing the steady feed of info with latest developer diary, turning its attention to a hot button issue: physics.

It’s safe to say F1 2018 will offer the most realistic in-game racing experience to date. While every iterative release in the series leaned more toward realism, F1 2018 is a “massive” step in that direction according to Senior Car Handling Designer David Greco.

Right away, Greco reveals this year’s game will be the first in the series to simulate tire carcass temperature. This is in addition to the existing tire surface temperature and heat coming from the brakes.

This means players are now tasked with managing their tires much like a real F1 driver. Will you push for a few laps and nurse the tires, or hold out for a speedy stint later in the race?

This year’s game will also see improvements to suspension and chassis physics. With the game’s physics engine running at 1,000Hz, Greco calls it “very fast and very detailed”. Curbs and bumps will have more realistic effects on the cars, forcing players to adapt. 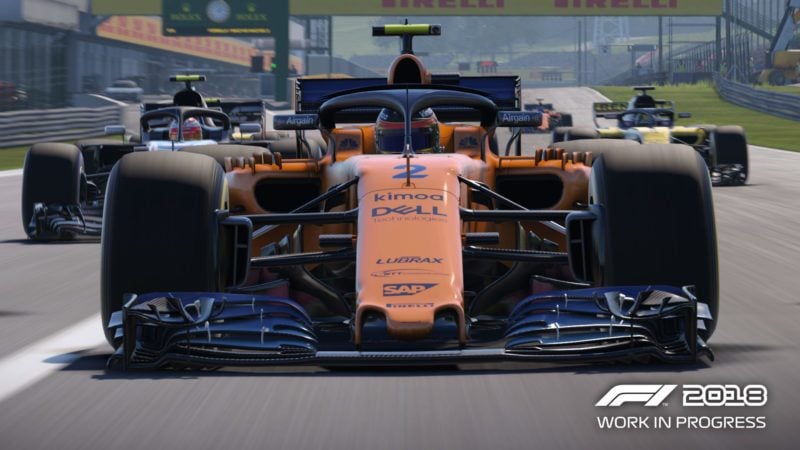 If that weren’t enough already, F1 2018 will feature real world F1 data. This includes real downforce and drag levels, as well as the way the engine works. Players will also be able to adjust ERS deployment.

Much like changing the fuel mixture, there are five options: Low, Medium, High, Overtake, Hot Lap. The Multi-Function Display introduced in F1 2016 will be responsible for making changes. It appears then that F1 2018 not only focuses on a more realistic experience, but a more strategic one as well.

Players will have to be more mindful of their driving habits on the track. No longer will the F1 games offer a midway point as 2018 leans more toward realism. Greco believes calling it a game isn’t enough anymore:

“I believe F1 2018 is a massive step up, because we’ve introduced so many more simulation aspects that I believe will be very well received by all the players. To choose which one is the most important and advanced is quite hard, but I would probably say it is the expanded system which enables us to simulate the tyre temperature more realistically than we have ever done before.

“This year, the way the car feels, with the ‘Force Feedback’, and how it all works together, we are very close to what I want from a simulator. In over 20 years of my career between sim racing and real motorsport, I have always come across questions like: ‘one title is more simulator than another title, because it’s very difficult to drive?’ With my real motorsport experience, I can say that real racing cars are made to have a lot of grip. To me, a simulator is not how easy it is to drive or how easy to make it spin. To me, a simulation is how many real-life, physical components we simulate, and especially this year, there are not many features that I can think of that we don’t simulate. To just call it a game to me is not enough anymore.”

To say we’re excited to give this year’s racer a whirl would be an understatement. We won’t have much longer to wait as F1 2018 releases on August 24. Keep an eye peeled for more on the game as we close in on the day.

Kyle Patrick · Aug 13, 2018· Comments
The official esport championship of the world’s most popular motorsport is back for a third season. Formula One has announced the F1 New Balance Esports Series will begin next Monday, April 8.

Jimmy Broadbent · Aug 13, 2018· Comments
There we have it, yet another Formula One season in the books and yet another demonstration of why Lewis Hamilton is the champion. Whether you like him or not, the man is undoubtedly one of the very best we’ve ever had in Formula One.

Andrew Evans · Aug 13, 2018· Comments
The nine official F1 Esports teams are returning back to the Gfinity Esports Arena in London this evening, for the second live event in the series.

Michael Leary · Aug 13, 2018· Comments
Codemasters continues to keep F1 2018 up to speed with a new update, dubbed 1.12. Now available on all platforms, the latest update resolves a few issues for this year’s F1 racer. The eagle eyed will notice the latest patch skips over a 1.11 update — worry not as the two have rolled into one.

Kyle Patrick · Aug 13, 2018· Comments
One of the best racing games to touch down this year is enjoying a massive discount barely over a month after launch. But you’ll have to act fast.

Michael Leary · Aug 13, 2018· Comments
Codemasters is back with another update for this year’s F1 racer, known as 1.09. PC players were first in line to take advantage of the latest changes, but the update is now available on all platforms.