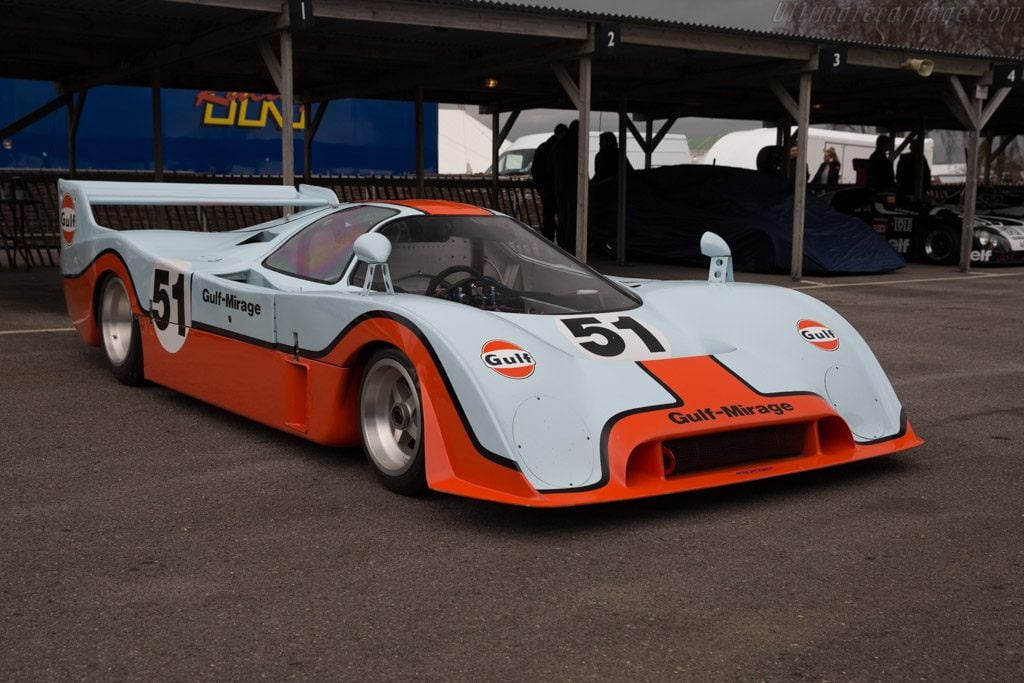 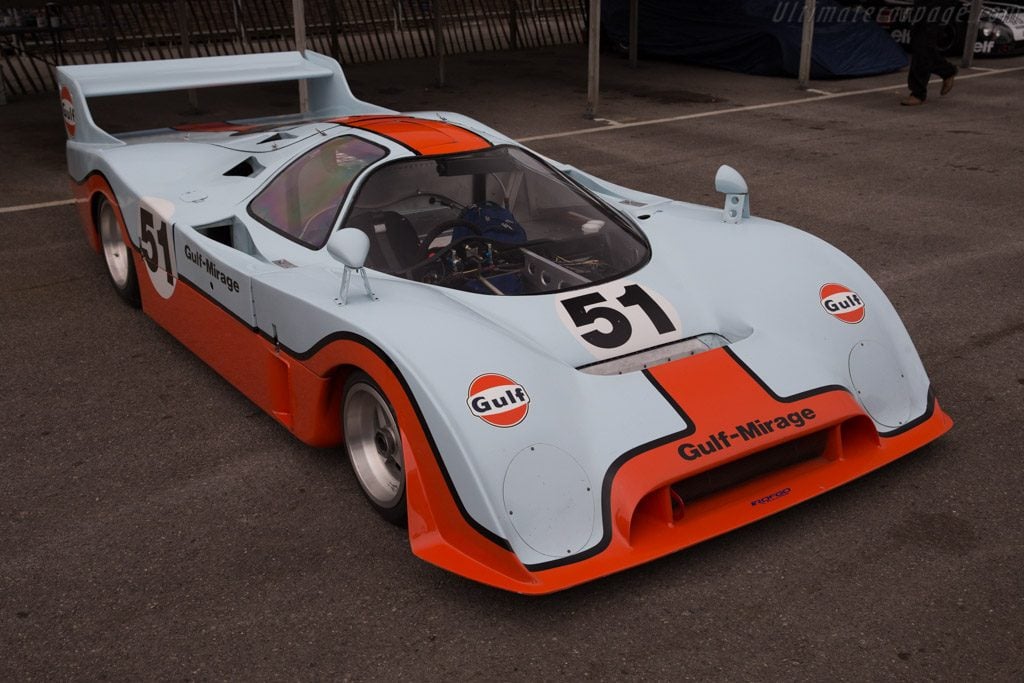 With the Porsche 917 banned for 1972, the Gulf Oil backed John Wyer Automotive team was back on its own again. They were no strangers to building cars of their own design, so it was no surprise that John Wyer commissioned the construction of the new Mirage M6. In many respects it continued where the Mirage M3 used in 1969 had left off. The M6 was built to the same 3-litre prototype regulations and also used the readily available Cosworth DFV V8 engine. There were also some major changes as Wyer semi-retired with John Horsman taking over the day to day operations and the team was renamed Gulf Research Racing Company. 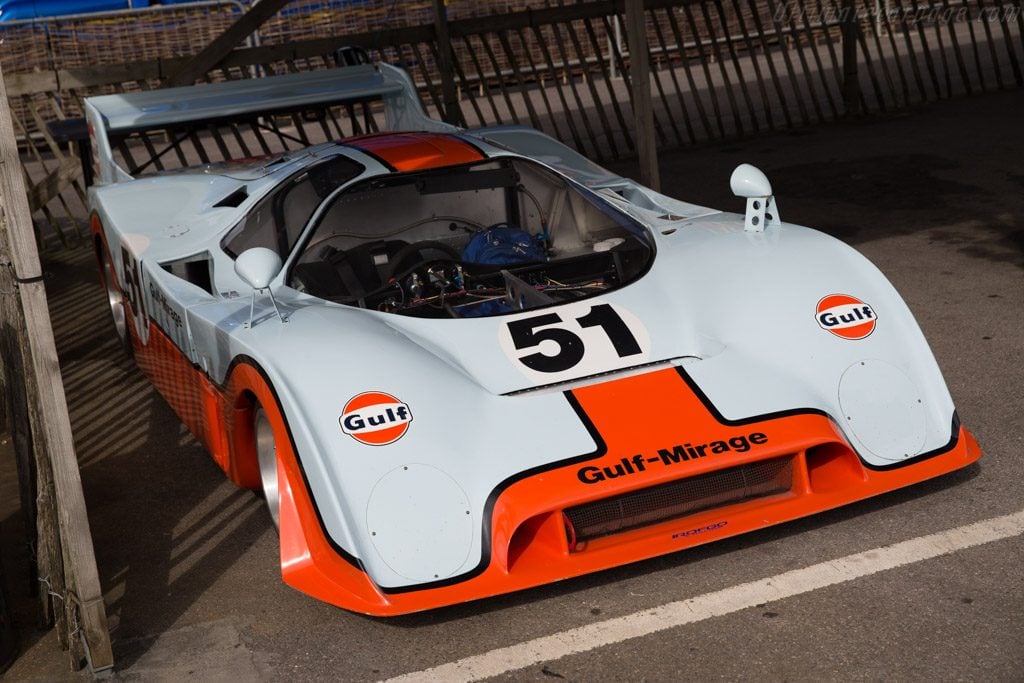 Hired to design the new Mirage prototype racer was Len Bailey, who had been involved with Wyer during the Ford GT40 and Mirage M1 days. He drew up a bonded and riveted aluminium monocoque with steel bulkheads for reinforcements. The Formula 1 sourced Cosworth engine and Hewland gearbox served as fully stressed members of the chassis. The V8 was de-tuned for reliability reasons but still produced well over 400 bhp. Suspension was by double wishbones at the front and parallel links with twin-radius arms at the rear. The ventilated disc brakes were mounted out-board on both ends. Once completed, the rolling chassis was clothed in a smooth fibreglass body topped off by a high rear wing. 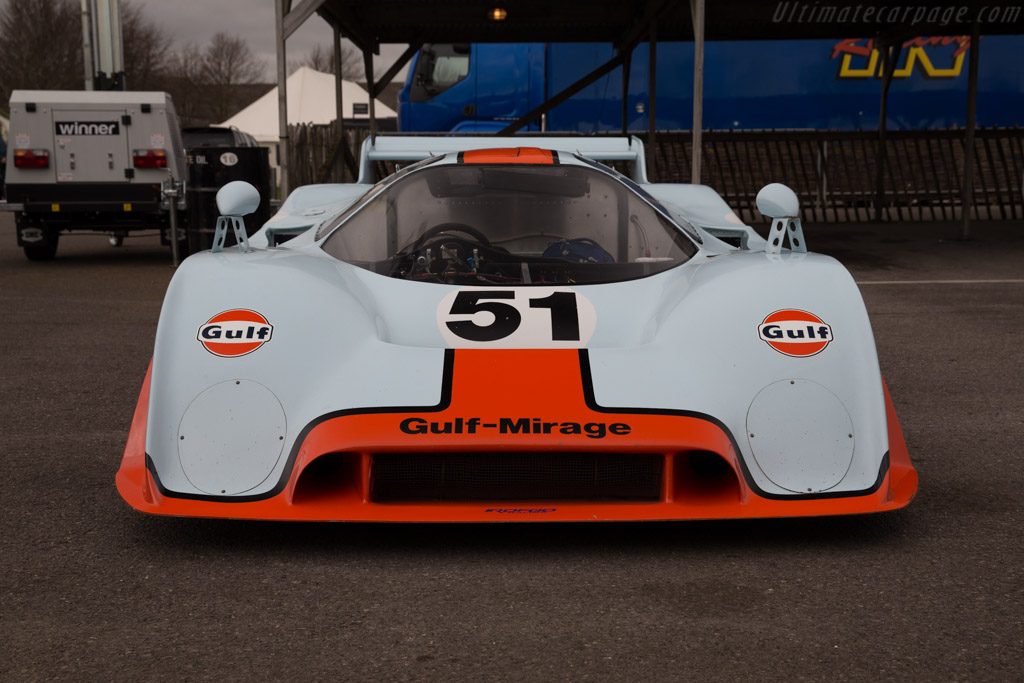 In March of 1972 the first chassis was completed and briefly tested by Derek Bell ahead of its debut in the Sebring 12 Hours less than a fortnight later. The main opposition came from the Italian Ferrari and Alfa Romeo teams both of whom had already been racing their three-litre cars for a season. Another serious rival was the fellow Cosworth engined Lola T280, which had made its debut earlier in the year. The Gulf team sent a single Mirage M6 to Florida for Bell and 1971 Le Mans winner Gijs van Lennep to drive. They qualified seventh fastest between the six Italian cars but ahead of the DFV Lola. The brand new Mirage suffered several teething problems from very early, requiring lengthy repairs. The car eventually only completed 48 laps. 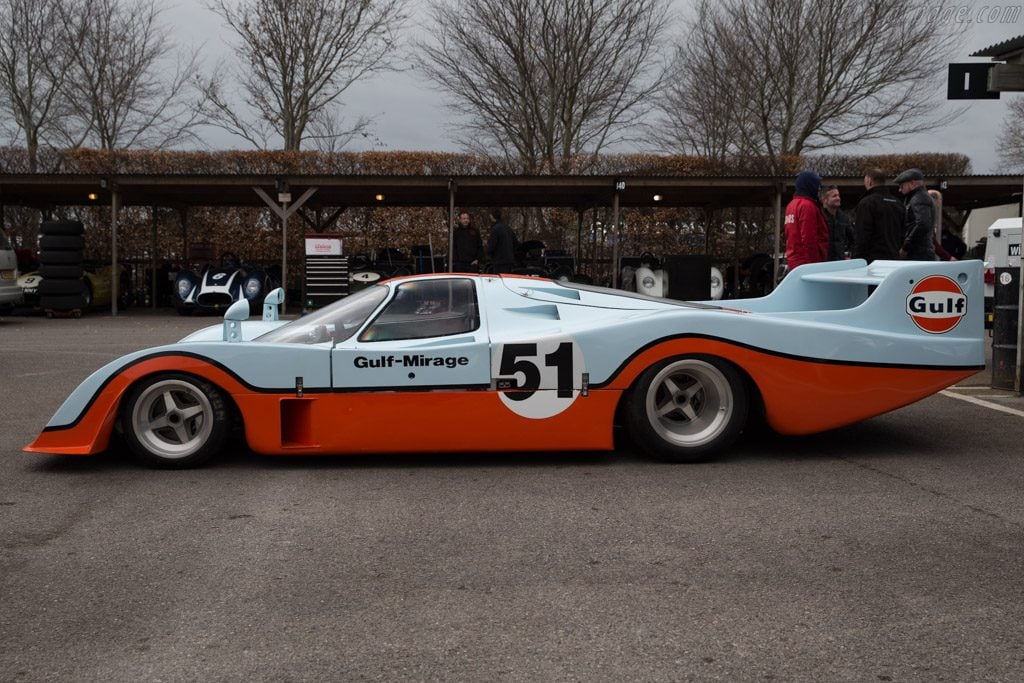 It was the start of a very difficult season for the small team with numerous mechanical failures. The main source of the problems was the V8 engine. With its single-plane crankshaft it had the tendency to vibrate the Mirage to pieces. The up-hill battle was rewarded with fourth place finishes in the Spa 1000 km and Nürburgring 1000 km and a third at Watkins Glen, where a second M6 was raced for the first time. In an attempt to improve reliability, the third M6 was tried with the latest version of Harry Weslakes V12 engine. It was infinitely smoother and slightly more powerful, but also heavier than the Cosworth V8. Bell tested the V12 engined Mirage extensively in the final months of 1972. At times he was able to match the times set by the V8 equipped cars but the V12's performance was rarely consistent. 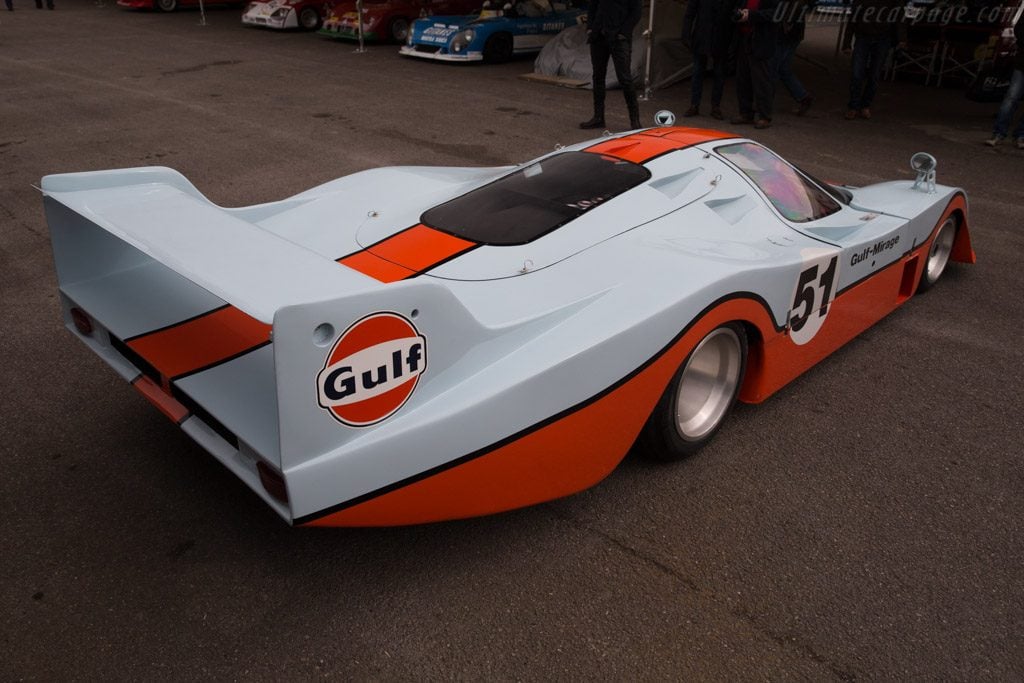 There had been a lot more time to prepare for the 1973 season and the V8 and V12 engined M6s were continued to be tested side by side. Eventually it was decided to start the year with two cars equipped with the Cosworth V8. Alfa Romeo had withdrawn from the World Championship. They were replaced by the 1972 Le Mans winning Matra team. The continuous developments had brought the M6 right on the pace with its 12-cylinder engined French and Italian rivals. Reliability, however, remained a problem. All the pieces of the puzzle finally fell into place during the Spa 1000 km race. Partnered by Mike Hailwood, Bell took the M6's first major win and the sister car finished second ahead of a Ferrari and Matra. This was the first ever World Sportscar Championship win for the Cosworth V8 engine. 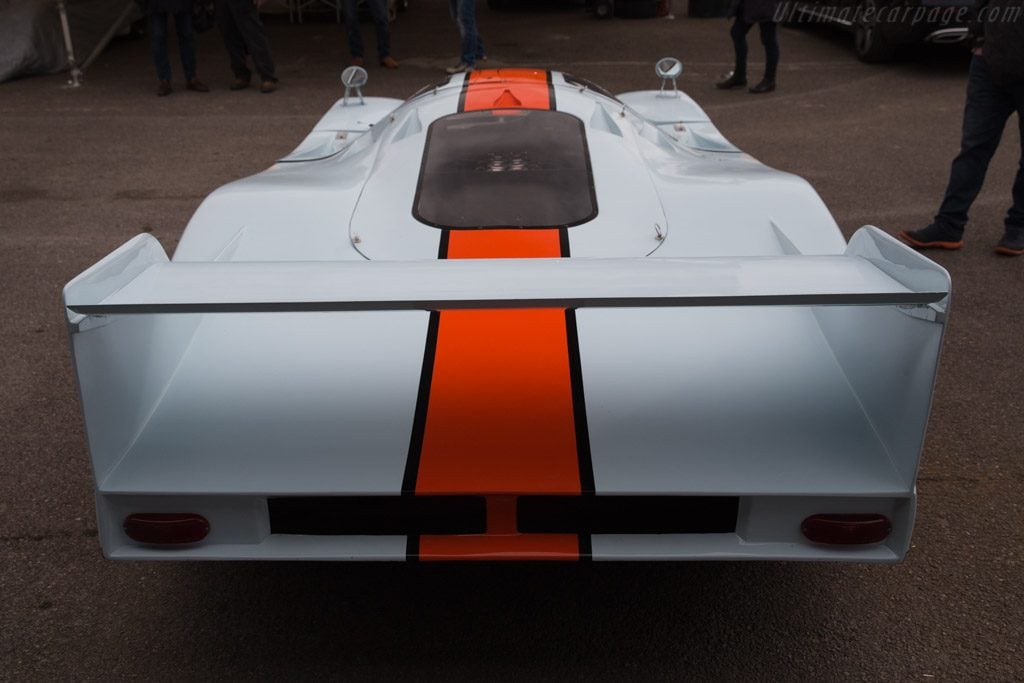 After Spa, the focus was on the all important 24 Hours of Le Mans. The Gulf Racing team had an ace up their sleeve for the official test; a coupe version of the V12 engined chassis. With its low-drag body, it should have been perfectly suited to the high-speed track but the engine acted up again, refusing to start after each fuel stop. That was the end of the V12 and the coupe. For the race two V8-engined M6s were entered with ZF gearboxes. The first car encountered gearbox problems on lap 29, requiring lengthy repairs and the remaining hours were used to test the car under racing condition. Eventually the engine seized and the car was forced to retire. The cause of both problems was found and rectified ahead of the next race. The other car was running well until Vern Schuppan went a little off line at Tertre Rouge and flipped the car. Considering the technical issues discovered on the other car, a finish would have been very unlikely anyway. 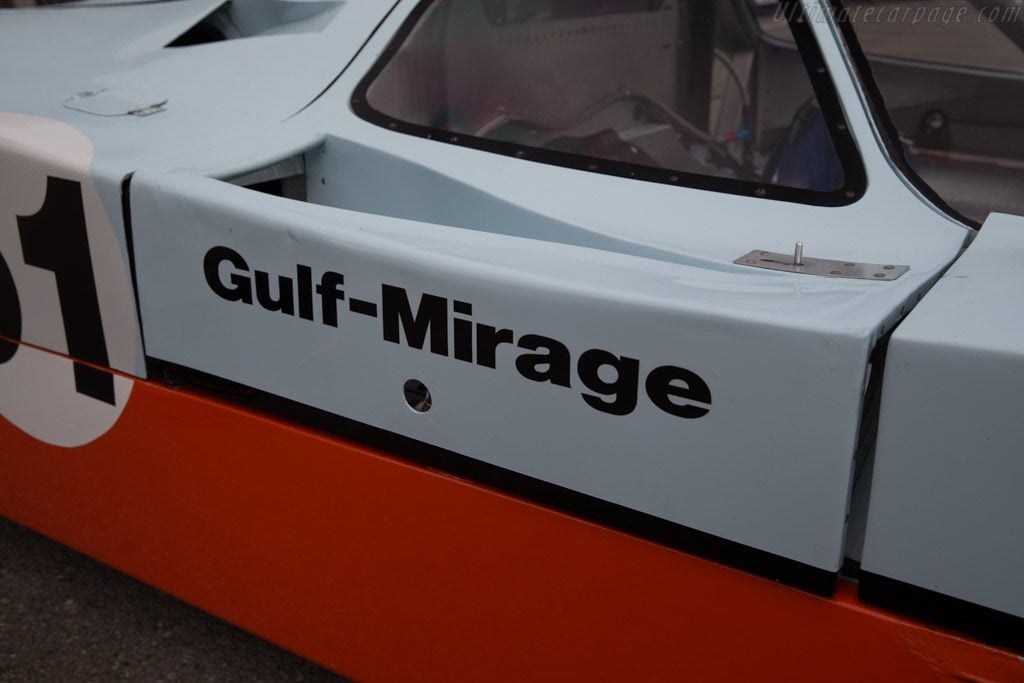 Over the winter, the cars were further developed and four of the five M6s were rebuilt as the Gulf Mirage GR7s. Much of the work concentrated on getting the weight down to the Le Mans winning Matras. This was mostly achieved by using titanium for many parts. The aero package was also tweaked by lengthening the nose and moving the wing further back. The Matras were as quick as ever and Alfa Romeo had returned with a brand new flat-12 engined version of their Tipo 33 racer, which was also instantly competitive. Bell set the fastest lap in the season opening Monza 1000 km race, grabbed the pole at Spa and finished third in the final three rounds of the World Championship. At Le Mans, the Mirage also survived and claimed fourth. Unfortunately the pace and reliability could not be converted in victories. Another blow was the retirement of Grady Davis at Gulf Oil. He had been the company's strongest supporter of the motorsports program. 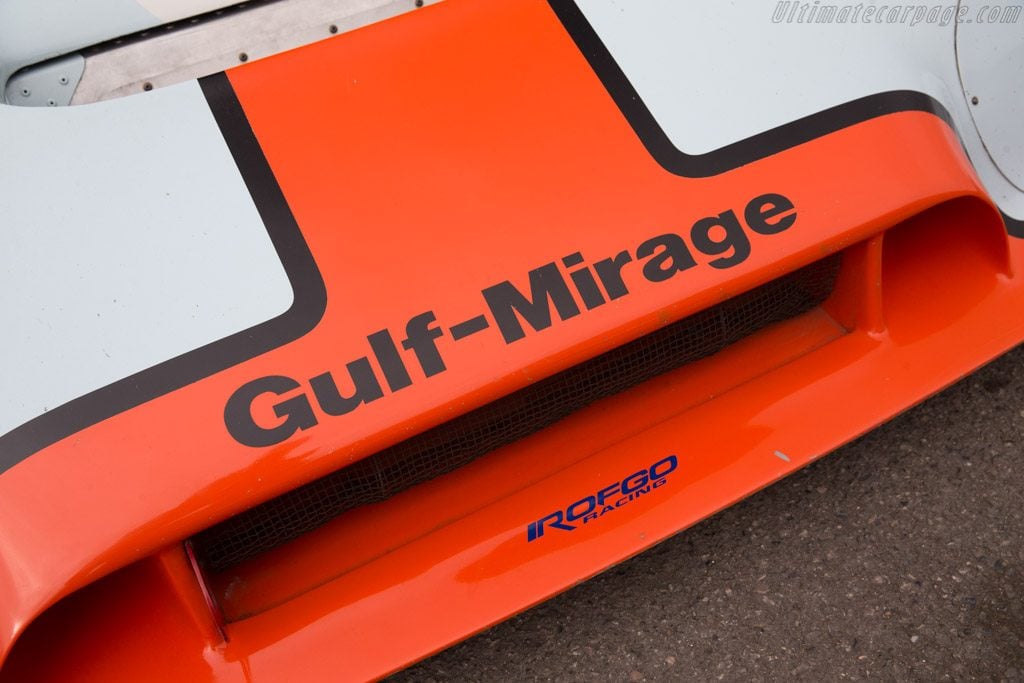 Wyer did manage to convince the Gulf Oil executives to fund one more try at Le Mans. To meet the specific needs of the high-speed track, Bailey created a longer wheelbase chassis. This 'GR8' was clothed in a slippery body penned by Horsman and Wyer. Two examples were entered, equipped with very mildly tuned Cosworth DFV engines. In qualifying the two powder blue and orange machine locked out the front row. During the race the engine's vibrations caused a cracked pipe on the leading car but it could be replaced in time for Derek Bell and Jackie Ickx to clinch the victory. The sister car with Schuppan and Jean-Pierre Jaussaud completed the party with a third. It was the third win at Le Mans for the Wyer and Gulf partnership but also its last. Gulf withdrew its support and the cars were sold off. 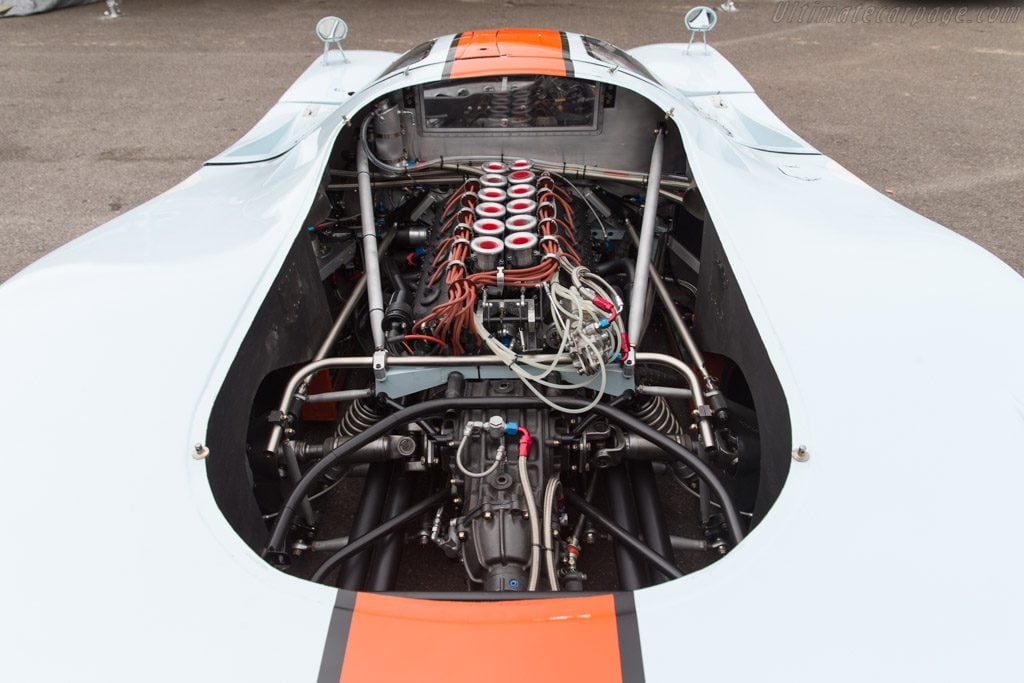 It was by far not the end of the Mirage story as the two GR8s were acquired by American Harley Cluxton, who had big plans for the cars. Employing many of the Gulf Racing staff, he entered the two cars at Le Mans. Still powered by the DFV V8, they finished a credible second and fifth behind the all new Porsche 936. With revised bodies and now fitted with turbocharged Renault engines, they were back again in 1977. One retired but the other finished second to the 936 again. The cars were back two more times but no notable results could be added to the Mirages' tally. Although they won only two major races, the Mirage M6 and its various derivatives still rank among the finest racing cars of the 1970s. The small team was always up against giants like Ferrari, Matra and Alfa Romeo. The Mirage was certainly the most successful of all DFV engined sports prototypes of the period. 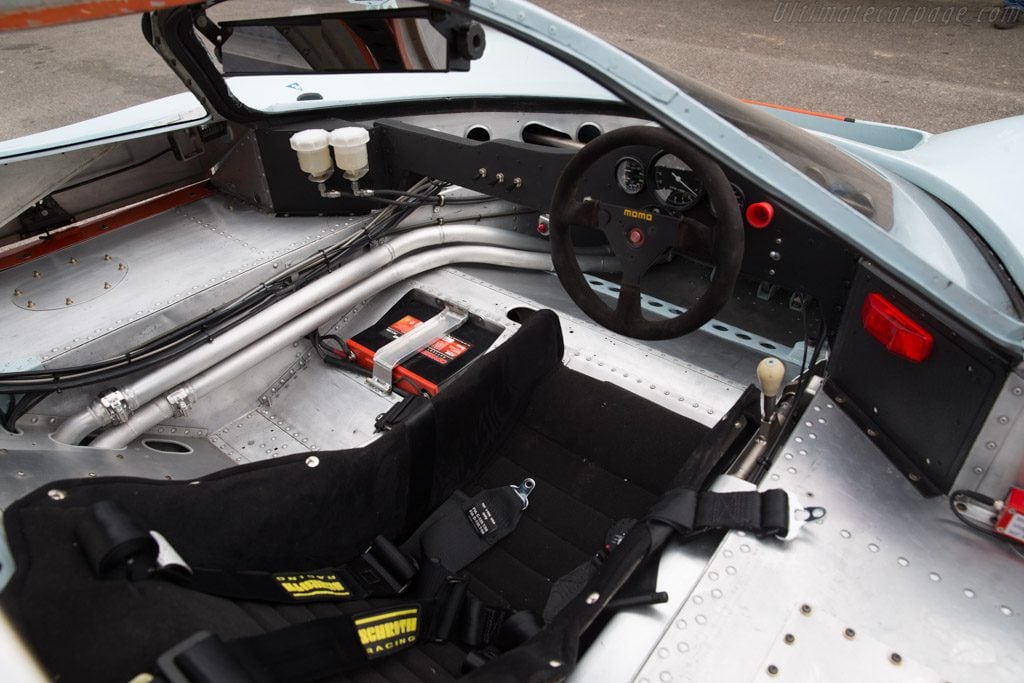 Completed early in 1973, this Mirage M6 was built specifically for the new Ford-backed, Weslake developed V12 engine. Clothed with the familiar open bodywork, it was used in practice for the Daytona 24 Hours but ultimately not raced. Now fitted with a slippery coupe body designed by Len Bailey, it re-appeared for the Le Mans test. Driven by Derek Bell, it clocked the third fastest time but despite being fitted with the sleek coupe body, it proved slower down the straights than the open sister car, which was powered by the Cosworth DFV. It was ultimately decided to set the car aside and both the V12 engine and the striking coupe body were not seen again. One of the issues was that no two of the V12 engines were alike and the output varied quite a bit. This was even subject of a lawsuit between the team and Weslake, during which a V12 engine was bench tested. At that time, it did indeed produce the promised 460 bhp. 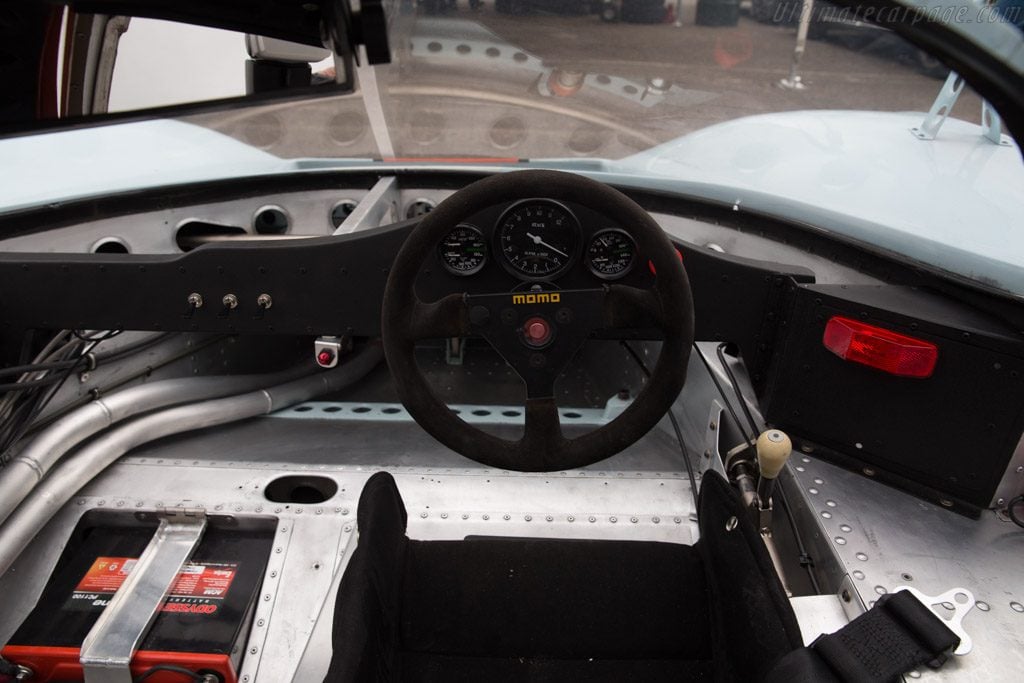 The unique Mirage was ultimately never raced but did survive. Presumably sold along with the rest of the team to Harley Cluxton, the one-off M6 Coupe then spent many years in North America. Early in 2017, it was acquired by the ROFGO Collection and repatriated to the United Kingdom. The car arrived a week before the 75th Goodwood Members' Meeting where Group 6 cars were celebrated. While the car was in full running condition, it was decided to give it and the very rare engine a thorough check before running it. Even though it sat as a static display in the paddock, it was one of the absolute highlights of the event. 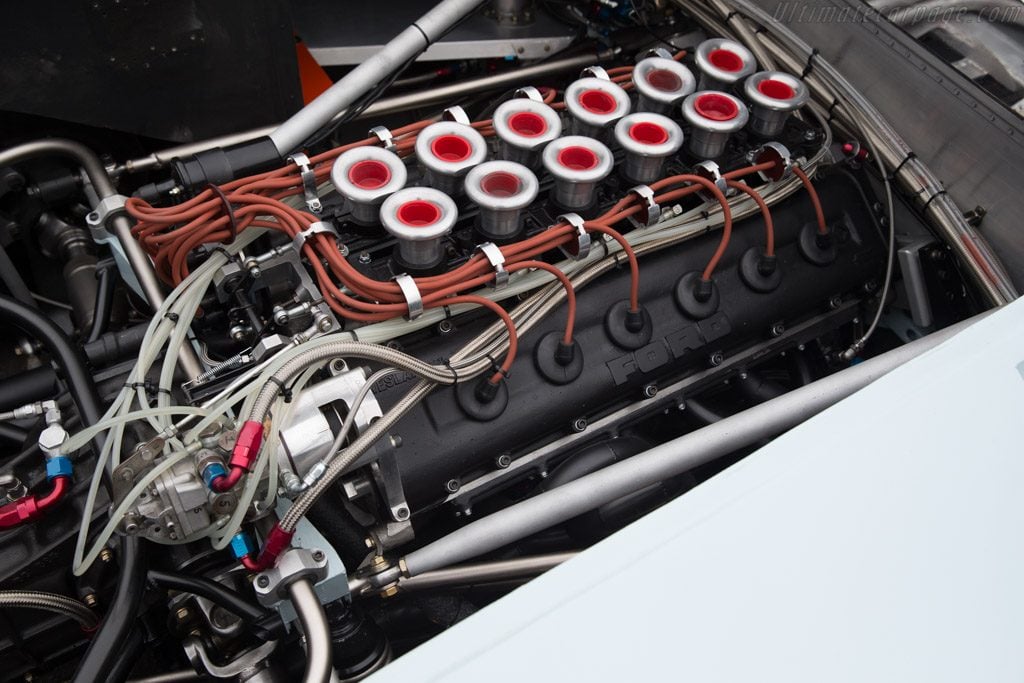