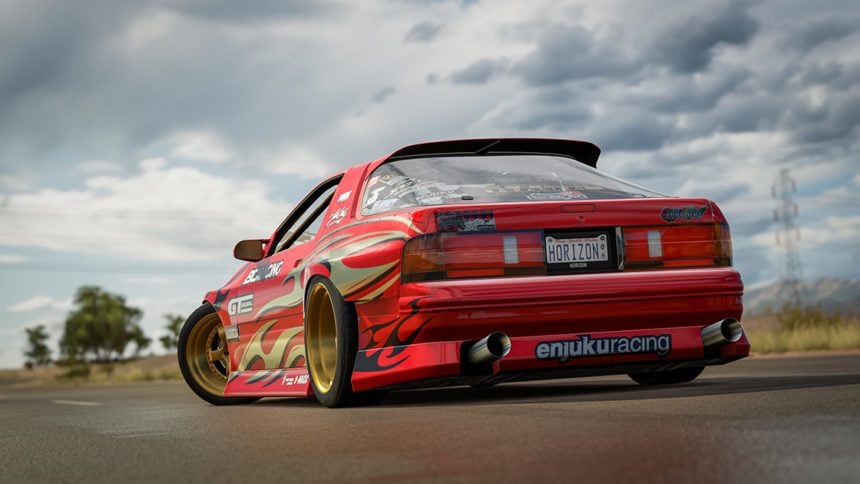 For those worried June’s Mountain Dew Car Pack was the last you’d see of new content in Forza Horizon 3 — think again. Turn 10 has announced the Hoonigan Car Pack, which arrives next Tuesday, August 15.

The news itself will come as a surprise to no one as Formula Drift’s Corey Hasford let the cat out of the bag last year October. What’s interesting however is Corey’s unique Nissan 240SX S14 — otherwise known as “The Boss” — didn’t make the cut.

Of course, this is not the first time Forza has partnered with the motorsport brand. Last year, Ken Block’s Ford Focus RX featured in the Blizzard Mountain expansion for FH3. Interestingly enough, both Forza Horizon 3 and Motorsport 7 will share the spoils of the parternship.

Naturally, the pack is available for standalone purchase for $6.99. The FM7 Hoonigan Car Pack will include everything seen above, with one exception. The “Loki” K5 Blazer will be swapped with a Hoonigan Holden Commodore UTE. Additionally, players will have access to a set of in-game Hoonigan Driver Gear.

In addition to the seven cars, the car pack will introduce 10 new achievements to FH3 totaling 500 Gamerscore.

Players who pre-order the digital edition of Forza Motorsport 7 will receive the Hoonigan Car Packs for both games at no additional cost. Players who have already pre-ordered prior to today’s announcement will also receive both car packs.

For the original announcement, including more on the partnership with Hoonigan head over to the official page.