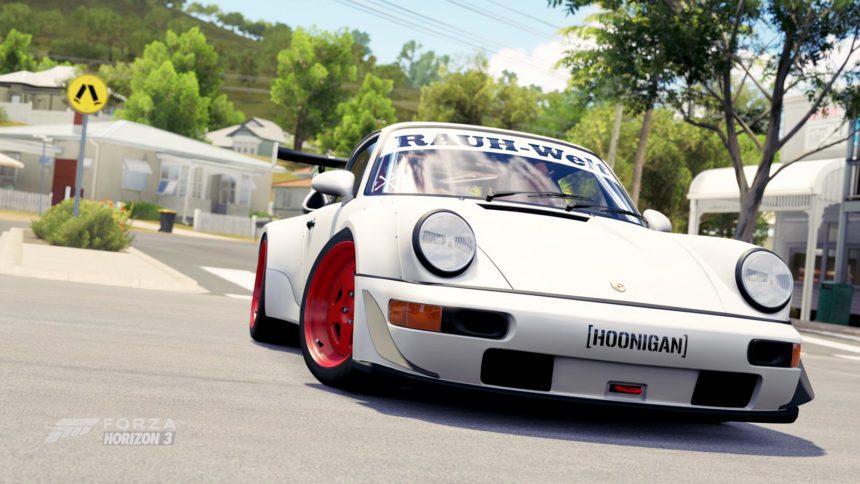 Forzathon Events Detailed All the Way To November

Get your diaries out for this one. Achievements detailing all upcoming Forzathon events for the next three months have emerged. Stretching across September straight through to November, Forza Horizon 3 will continue to receive new weekly events to challenge players.

As expected, the majority of prizes on offer include the usual XP, credits and wheelspins but we’re all more interested in what cars will be offered. Those elusive Horizon Editions will feature heavily alongside a neat selection of Porsche models.

Arguably, the biggest star comes this month with the John Cooper Works GP HE up for grabs. This is one of the rarer wheelspin rewards so the chance to get one from a Forzathon event is great for those missing it from their garage.  One weekend in November even offers a Porsche and a HE in one go, so you won’t want to miss that one either.

Does this full disclosure signal the end of FH3‘s post-release support? In a way, probably: Forza Motorsport 6 didn’t receive any additional DLC after FH3‘s launch in September 2016. That said, the game did receive numerous esport-focused upgrades, so perhaps there’s still life in FH3 after all.

Challenges consist of various skills, races, championships and online events. The variety is here to keep players coming back and the rewards just sweeten the deal. The full list of events can be checked out below.

Forza Horizon 4 13 Sep 29 by Michael Leary
It’s full speed ahead as the Xbox Series X launches on Tuesday, November 10. If you were unable to secure your own during initial pre-orders, there’s still a chance yet…