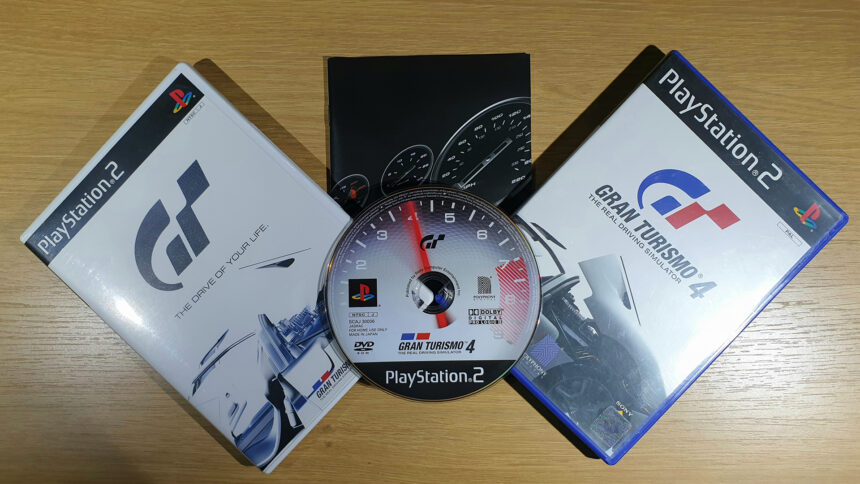 The tail end of the year is often a special time for Gran Turismo fans. Ten of the 12 core games made their way into the world in the last three months of the year, and so many celebrate anniversaries around this time. So, for that matter, do PlayStation consoles themselves.

GT4 originally hit the market on December 28, 2004, initially in Japan only. It followed the game many still rate as the best Gran Turismo title ever, GT3, and as such the expectation was high. That expectation was even higher given a number of postponements to the game’s launch date.

However, it’s pretty hard to argue that GT4 didn’t deliver. Like GT2, GT4 took the formula of building on the previous odd-numbered game and radically multiplying the content. While GT3 didn’t reach 200 cars, GT4 delivered — depending on your region — 729, from 80 different manufacturers.

GT4 was the first game in the series that reflected the Gran Turismo ethos of being an automotive encyclopedia. The car list reflected important points in the history of personal transport, dating back as far as the very first cars: the Benz Patent Motor Wagen and Daimler Motor Carriage. Cars like the Ford Model T, the original VW Beetle, and Citroen 2CV, all landmarks in motoring, appeared in the list.

It wasn’t just old vehicles either, as GT4 brought in the new Ford GT — featuring as a cover car — the Mercedes McLaren SLR, and a slew of Pagani Zondas. Race car fans were well-catered for too, with more DTM, Group C, LMP1, and Super GT cars than the predecessor game. GT4 gave series debuts to Volvo, Cizeta and SEAT.

Perhaps more significant than the swelling of the car list was the increase in the number of tracks. GT3 was actually pretty generous with its track list, but GT4 doubled it. More impressive than how many it brought was what. Although expected now, GT4 gave full series debuts to two of the most famous race tracks in the world: Circuit de la Sarthe, the home of Le Mans; and the Nurburgring Nordschleife.

For those who were not fans of the super-long endurance tracks, GT4 also added circuits like Twin Ring Motegi, Infineon Raceway (now known as Sonoma), and Suzuka Circuit. There was a huge variety of city circuits too, with races around Seoul, New York, and Hong Kong — some more missed than others.

Gran Turismo 4 was also innovative. The game saw the first version of the series’ driver manager system, called B-Spec. Originally intended as a standalone game alongside Gran Turismo 3 — hence that game’s full name — B-Spec instead became a mirror mode to your own regular driving duties in GT4.

You could guide an AI driver on any race (other than the ‘Special Conditions’ events) that you could also race, earning game completion percentage. Although limited to instructions to go faster, slower, pass, or pit, you could train the driver to make them faster. It was particularly useful if you didn’t fancy driving the game’s endurance races — which included three literal 24-hour races, in full daylight with a six-car grid.

Photomode was another first for GT4. Players could take photographs of their races, or place their favorite cars in ‘Photomode Locations’ — a forerunner of today’s ‘Scapes’ — and export the images to a USB drive.

Although GT4 didn’t quite hit the same sales peak as its predecessor, the 11.6 million worldwide sales still sees it third in the all time ranks of Gran Turismo games — and in fact third in the history of all PlayStation 2 games.

Gran Turismo Sport 29 Jun 2 by Andrew Evans
It’s not quite two weeks since our last game update to Gran Turismo Sport arrived, but there’s already another one on its way. An announcement on the official GT Sport…

Gaming 157 Jun 1 by Andrew Evans
Update: As of June 1, Sony has postponed the June 4 event. It issued a statement on social media to explain the decision, which strongly suggests the company is responding…

WRC Series 48 Jun 1 by Andrew Evans
British game developer and publisher Codemasters has picked up the official WRC license, and will develop titles in the series from 2023. The initial five-year deal gives Codemasters two different…

Gran Turismo Sport 2352 Jun 1 by Andrew Evans
The second stage of GT Sport’s radically altered 2020 FIA Online Championship gets underway this week, with another block of ten races in each of the two series. Normally, each…

Gran Turismo Sport 366 Jun 1 by Andrew Evans
The calendar has clicked over to June, and coincidentally it marks the start of another new week. That means there’s a new set of three GT Sport Daily Races to…