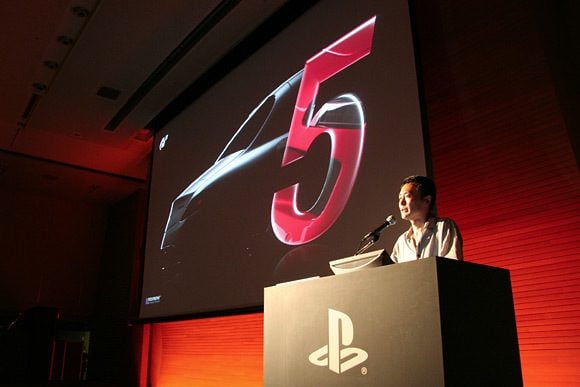 Gran Turismo 5’s release window has just been set to March 2010 for Japan, according to Kazunori Yamauchi at the TGS press conference.  This, unfortunately, runs directly counter to everything that we’ve heard so far from a wide variety of sources for nearly an entire year:

November 30, 2008 – Sony executive in Europe mentions GT5 will “arrive at Christmas” during an interview with a financial magazine.

June 4, 2009 – Kazunori Yamauchi states: “We can release Gran Turismo 5 whenever we want.” during E3 interview.

August 2, 2009 – GTPlanet acquires internal company documents which clearly outline the date that Sony expects to release the game (and it was well within 2009).

August 22, 2009 – Kazunori Yamauchi states that “GT5 will be released shortly after this date [October 1st]” during an interview.

August 23, 2009 – Printed material distributed by Sony at the GamesCom 2009 conference clearly indicate the game will be released during the fourth quarter of 2009.

Needless to say, everyone – including myself – are pretty surprised by the most recent turn of events. Was there a problem during the game’s development? Did criticisms of the damage engine shown off at GamesCom send Polyphony Digital back to the drawing board? We may never know for sure.

Tokyo Game Show
The original comments for this post are no longer available.
Test Your Badge Knowledge With Our Car Logo Quiz