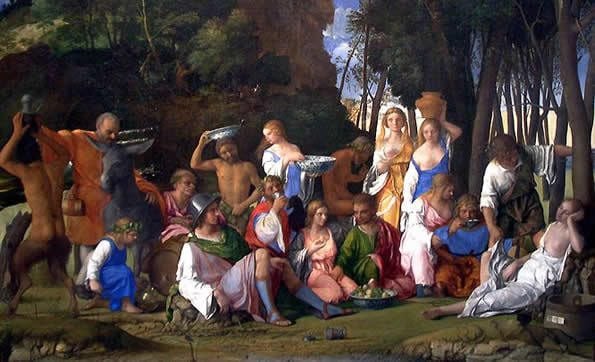 Earlier today, Amar212 dropped an odd bombshell on the GTPlanet Forums, posting a cryptic message full of hidden details about Gran Turismo 5.  Before you continue, have a look at Amar’s post for yourself.  It’s an exciting, well-crafted read that you are sure to enjoy.  If you’re still lost, keep reading for our careful analysis of each main point – and why you should believe them…

There are many winds blowing in the air right now, and every one of them is telling its own tale.

First wind whispers that final reunion will happen thirty nights before twelve months pass and that all winds from the whole world will reunite in the same moment for the first time.

This is big, but it’s also one of the least clear messages that Amar has shared.  First of all, it gives a time frame for the release of the game, although the exact date is still open to interpretation.  Some claim that “thirty nights before twelve months pass” refers to the end of November or early December.  Such a date would coincide very well with what we heard from a Sony executive a few months back, but it could also mean 11 months from “today” (mid-April 2009).  Following this interpretation, we could expect something in March of 2010.  Although Kazunori Yamauchi has rebuffed a 2010 release, it is important to consider that all previous Gran Turismo titles – with the exception of Gran Turismo 2 – have been released in the first or second quarter of the year.

Second wind says there will be more than half of dozen hundreds birds flying in the beginning of the reunion on almost eight dozen of skypaths, and some of the birds will come from the past reunion just resembling the looks of the newborn birds.

Assuming that “birds” are cars, “skypaths” are tracks, and “past reunions” are previous games, we can expect 96 tracks and 600 cars, with lots of old favorites making cameos.

Third tale says that
for the first time ever skypaths will not be just solid and already known but that new skypaths will be built by birdtamers from the parts of existing skypaths.

The “third wind” introduces one of the most profound and unexpected new features – a track editor.

Fourth wind is talking that bird tamers will reunite in numbers greater than ever and will be granted with ability to talk to each other, make guilds and alliances with undisputed freedom.

GT5 Prologue has been heralded for its ability to let 16 players compete online at the same time, and this “fourth wind” hints at even more.  It also confirms the “guilds and alliances” (private online races and race teams) that we have all been yearning for since Prologue’s release.

The “fifth wind” hints at multiple versions of Gran Turismo 5, at two different price points.  The highest priced version will cost more, but will include all of the features and functionality.  A “small reunion” which “will come in a form already known” alludes to a trimmed, cheaper version of the game, possibly available only via download which you can extend via small fees (“sacrifices”) for additional content (presumably cars, tracks, etc.).

Of course, the “smaller” game is probably GT5 Prologue itself – allowing new content to be purchased “a la carte” would be one way that GT5 Prologue owners could gradually upgrade to the full version without buying a new game.  This also matches the business model of the now-defunct Gran Turismo HD project.

Sixth wind is telling the tale about different reunion but almost the same as known one, smaller only for the eyes of those who do not want to see it in its whole glory. That different reunion will not happen in the realm same as the known one, but in the different realm which still has not been uncovered to the bird tamers. That realm will resemble realm already known but it will be divine new and made in the image of it.

The “sixth wind” refers to Gran Turismo PSP, and once again confirms its continued development.

All those birds, skypaths and bird tamers from all realms will unite for the Feast. And as it is already known, it will be the Feast of the Gods.

This is not the first time that Amar has referred to the Feast of the Gods, and in this context it becomes clear that the Feast is E3 2009.

Of course, after reading all that, you’re probably wondering who Amar212 is, and how can he be trusted?  What makes him different from any other enthusiastic GT fan on the internet?  He remains a mysterious figure to the public, but he is a long-time friend of GTPlanet and the administrator of the Croatian website, GT Surgeons.  It all started back in July of 2004, when Amar brought us the world’s first video of the Nurburgring Nordschliefe in Gran Turismo 4 – long before anything official had been provided, and six full months before the game was even released!  He also got his hands on early copies of Gran Turismo 4 and GT5 Prologue Spec II, and was first to discover the inclusion of the Ferrari F2007 and Ferrari F40 weeks before the game hit any shelves.  In other words, this man knows what he’s talking about – get ready for E3 and share your reactions in our Gran Turismo 5 forum!