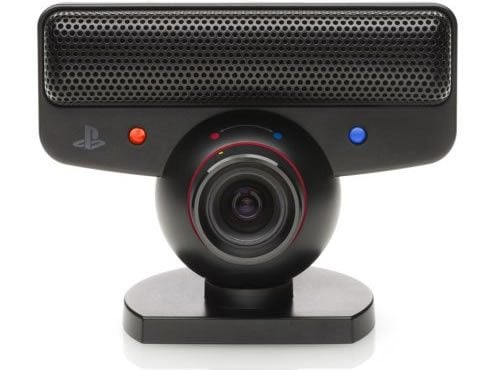 Shortly after Gran Turismo 5‘s feature list popped up on Polyphony Digital’s website, pandemonium broke out as everyone rushed to secure an accurate translation.  With the added excitement of the playable demo at GamesCom and our first look at damage, some pretty remarkable new features slipped under the collective radar.  We’re going to put the spotlight on one of them today which could have an major impact on the racing game genre across platforms: “head tracking” with the PlayStation Eye.

The concept itself is simple enough – it’s a camera that tracks the movement of your head – but the results are breathtaking.  If you’ve never seen this new technology in action, watch the following demos and you’ll quickly realize the implications of such a feature in Gran Turismo 5:

As we learned from Polyphony Digital’s website, you’ll be able to use this head tracking technology to manipulate the “cockpit camera” and presumably look through the corners and at your opponents with the simple turn of your head.  From the translation (confirmed by Yamauchi):

“…the movement of Cockpit Camera interface (confirmed in full 3-D. The camera can be fully manipulated and you can opt to have your head tracked by the PSEye)”

The PlayStation Eye is already available for $32.99, but is not typically considered a must-have peripheral for most PS3 owners due to a lack of software support.  That could change in a very big way, selling lots of additional Eye hardware for Sony in the process.  For now, though, we could be looking at GT5’s “dark horse” in the race for consumer’s hearts, minds, and dollars.