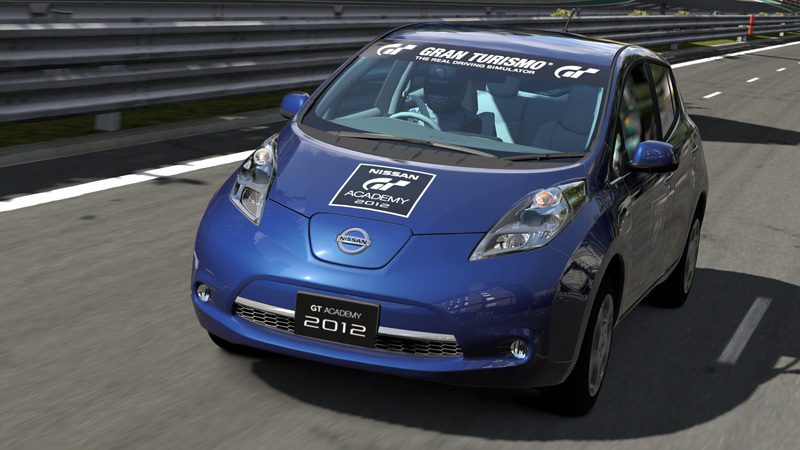 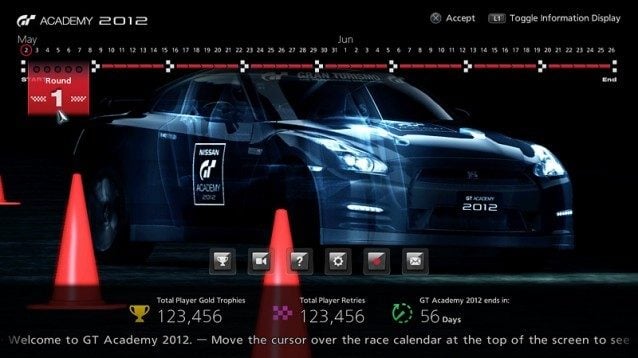 As announced earlier this week, GT Academy 2012 is about to kick off next month in four different regions around the globe. 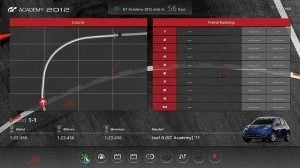 Now, more details about the free Gran Turismo mini-game through which the competition will be held are being released. The demo will consist of 8 weekly rounds of increasingly difficult driving challenges, starting May 1st.

Curiously, the demo will introduce several new analytic features not seen in previous games. According to the Japanese press release, the total number of challenge attempts and the total number of miles driven by all participants will be recorded and displayed in the game’s menu. Additionally, the number of players who achieve a “gold” ranking in each challenge from each respective participating country will be sorted and displayed on an international leaderboard. 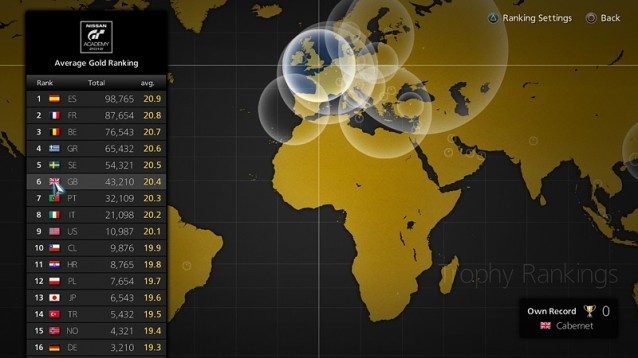 The announcement also confirms that “rewards” or “gifts” earned in the GT Academy 2012 game can be transferred for use Gran Turismo 5.

Finally, the press release also confirms the mini-game will be available to players in Japan. Although they will not be eligible for the GT Academy Race Camp or Driver Development Program, top players will be eligible to participate in a “special event”, of which more details will be announced later. 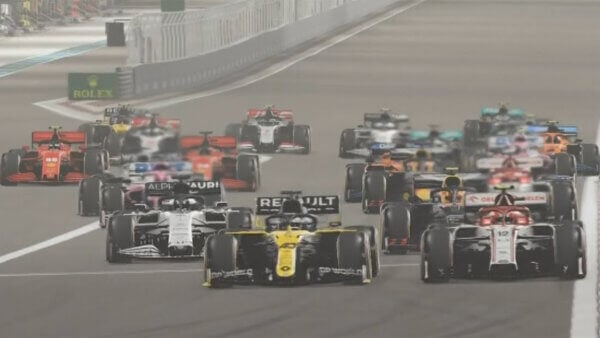 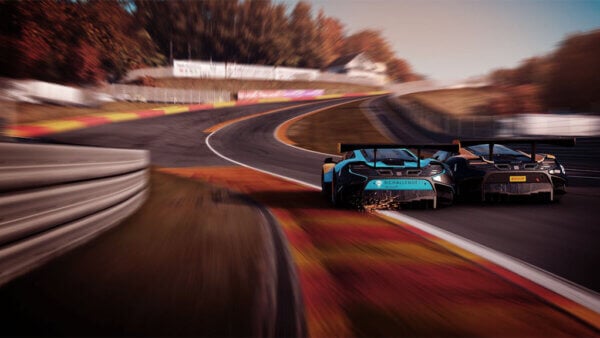