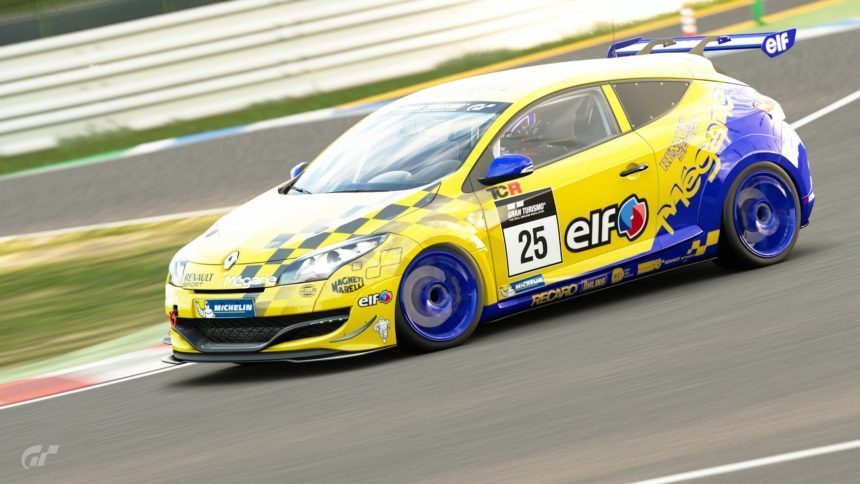 The latest update to land on GT Sport has introduced various performance changes to cars in the game. Alterations appear to have been made on the back of fan feedback and certain vehicles over-performing in Sport mode events.

One of the new changes specifically looks at the Renault Sport Mégane Gr.4 which has been tearing up its class. The French hatchback has been quite a favorite in recent times and as such Polyphony has bumped its Power Ratio down a notch to 99% from 100%. It may be a small change on paper, but on the track it could make all the difference.

The most severe drop for Group 4 comes to the Lexus RC F Gr.4 which is seeing a 2% drop in Power Ratio. This seems a surprise choice for adjustment since we personally haven’t seen it dominate yet. Perhaps Polyphony is wary of potential performance on returning circuit Monza — which you can see in action right here.

Over in Group 3, downgrades are also aplenty. The ever-popular Porsche 911 RSR gets a Power Ratio hit of 1%, bringing it down to 104%. Of the vehicles to receive any tweaks, none of them actually benefit from an increase. The team behind the changes clearly had their nerfing hats on this time around.

Not only has Polyphony adjusted the power and weight of the cars, it’s unified the fuel tank capacities for all cars in Groups 1, 3, and 4. The consumption rates have also been changed, eliminating one of our main credit and XP earning methods.

The full list of changes per performance class are listed below.

GT Sport Game Updates
25 Comments Discuss this post in our forums...
Test Your Badge Knowledge With Our Car Logo Quiz

Gran Turismo Sport 711 Apr 5 by Andrew Evans
There’s a fresh set of GT Sport Daily Races now available, with players taking race cars — albeit in name alone in one case — to three of the game’s…