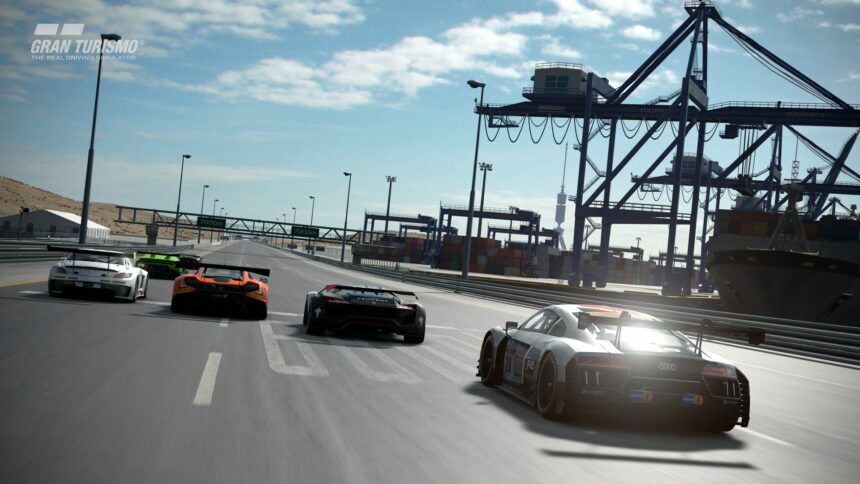 Special Stage Route X, a massive, high-speed circuit, will make an unexpected return to Gran Turismo. It first appeared as part of a paid “Speed Test Pack” DLC for Gran Turismo 5, way back in 2012. It’s nearly 19 miles long, consisting of two equal straights 7.5 miles long each, and a pair of identical banked corners.

Those who dug into GT5’s code discovered a second layout of the track, involving some remarkable tunnels. We don’t yet know if the GT Sport version of the circuit will include additional layouts or not, although it appears unlikely at present. The track’s return may see the resurrection of the performance benchmark tests: 0-400m, 0-1000m and the top speed run.

A PlayStation Store update earlier this week confirmed the identities of seven of the update’s new vehicles. The eighth, the Aston Martin DB3S which won the Gran Turismo Trophy at Pebble Beach in 2013, does not appear in the Store, as its in-game price is two million credits or more.

In addition to the new content, there is the usual expansion of the career mode content. This includes a Circuit Experience for the new Tokyo Expressway layout from the 1.31 update.

Those who enjoy the Scapes mode will gain new locations in Cambridge, UK. As usual, Polyphony Digital promises other features, improvements and fixes.

The maintenance announcement, both on the official site and in-game, reads as follows:

As usual, you will not be able to save your game progress once the maintenance period starts, so be sure to make a manual save from the top menu well ahead of time.

Gran Turismo Sport 466 Oct 26 by Andrew Evans
A fresh week means a fresh set of GT Sport Daily Races, and the line-up for the next seven days is a little curious. You’ve got two events with full-on…

Gran Turismo Sport 259 Oct 22 by Andrew Evans
The latest set of GT Sport Time Trials is now available, running for the next two weeks. It’s a bit of a change of pace this week, and a very…

Gran Turismo 7 167 Oct 21 by Andrew Evans
The great debate over Gran Turismo 7‘s potential launch date has taken yet another twist today, courtesy of a teaser posted on the official Gran Turismo Facebook account. Long-rumored to…

Gran Turismo Sport 466 Oct 19 by Andrew Evans
After a few complicated races in recent weeks, this week’s new set of GT Sport Daily Races is a return to simpler times. It’s a case of picking how fast…

Gran Turismo Sport 466 Oct 12 by Andrew Evans
A new set of GT Sport Daily Races starts today, with something of a focus on cars with the engine in the middle. There’s three races as usual, with two…

Gran Turismo Sport 19 Oct 9 by Andrew Evans
Although we feared it may not happen at all, thanks to the massive shake-up in the 2020 calendar, the Gran Turismo Sport FIA Online Championship will reach a conclusion and…