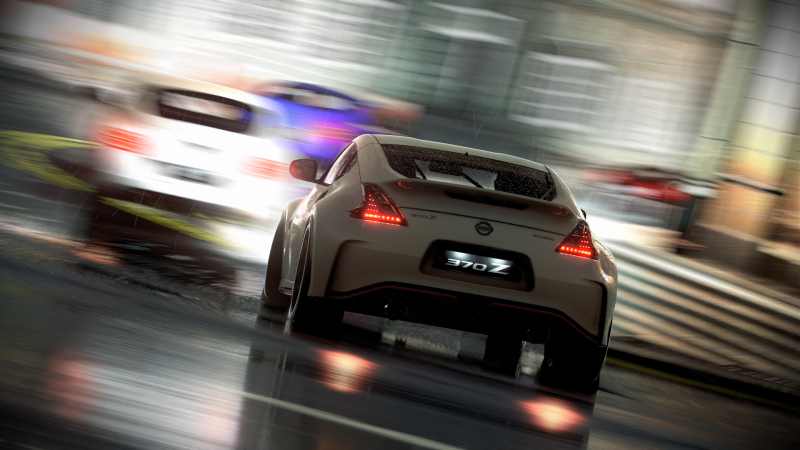 I’ll be honest, originally, the title was going to be “Everybody Wants to Rule the World of Racing Games” but I changed it, obviously. Why? One, it’s a little long-winded. Two, it would almost certainly conjure up thoughts of Tears for Fears, at least among those old enough or even savvy enough to know who they are.

More to the point of this week’s title is the fact that the countdown timer is on. Assetto Corsa is heading to consoles this April, giving racing nuts yet another virtual fix, and then there’s the Gran Turismo Sport beta due sometime this spring. Beginning next month however is what’s presumed to be the release of the Porsche Expansion Pack for Forza Motorsport 6.

The expansion will reportedly include Virginia International Raceway, last year’s Le Mans-winning 919 Hybrid, the return of the 918 Spyder which first appeared in Horizon 2, and 18 other cars from the German marque. While there’s credence to the report leaked by Amazon, nothing has been officially announced just yet. 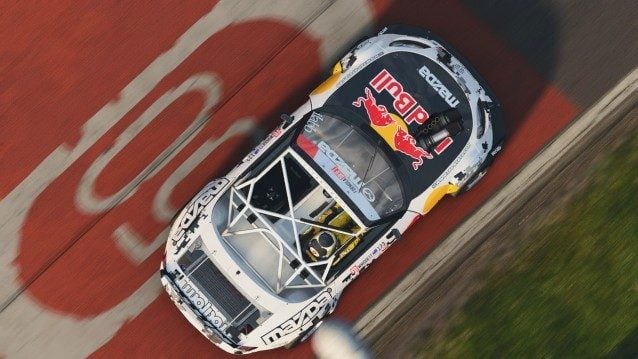 This week’s featured image is all about “Mad Mike’s” insane Miata that made its way to Project CARS in last month’s StanceWorks Expansion. Coming to courtesy of c172fccc, this Miata is unlike any other—and with 1,000 rampaging ponies under its hood that should come as no surprise.

This week’s featured gallery is a community effort all in the vein of showing off the contrast between sunset and sunrise in Gran Turismo 6.

Whether you prefer the sunlight slowly fading behind the clouds and laying to rest, or that same sunlight climbing upward there’s something here to pique everyone’s interest. The only limiting factor is, of course, that either sunrise or sunset be depicted; there’s no limitation on car choice, and should you choose to do so it can be a scenic picture with no cars in sight.

You can find the thread, continuing a trend started by another member in the days of Gran Turismo 5, put together by RaY29rus right here if you want to have a look. Let the time of day be your canvas and the track and/or car your paintbrush—paint those pictures, folks!

A little over two weeks you were met with cars with questionable modifications, disasters by any other name. Now it’s time to show the other side of the coin with tasteful modifications; modifications like the BMW M5 shown above that has just enough to set it apart from the vanilla M5 without stepping into a world of excessive expression. Of course it won’t be to everyone’s taste—few things are—which is where the thread itself comes into play.

If you haven’t been through the thread already or want another peek just because, then look no further than right here and remember: we all make mistakes.

If you like what you’re seeing and have a suggestion for next week’s featured thread, start a conversation with me, entitle it “GTPlanet Thread of the Week” and fill it to your heart’s content with suggestions and they’ll be featured in upcoming Community Spotlight articles. NOTE: You cannot elect your own thread.

A truck after my own heart; the heart of a guy that’s never driven a truck, stepped foot in one, and never wants to. Not after playing this and Euro Truck Simulator, two games that teach you, perhaps more than anything else, that driving a truck is no easy feat.

My ramblings aside, this is the beginning of a reoccurring feature where instead of sharing news on either the ETS or ATS fronts (which I will continue to do) I’ll highlight a particular mod for the game that I’ve taking a liking to. First up to bat is the very first mod I acquired and have been driving as my primary since then: the Peterbilt 389.

You can find the 389 in all of its glory on the official SCS Software forum here and show viper2 and the rest of the team some love.

There’s a demo now available for the game for those of you that might be on the fence, and the Kenworth W900 is officially coming to American Truck Simulator in the next few days. Trucks!

GTPlanet Member of the Week

The time to acknowledge a member of the GTPlanet community is upon us; a member who has stood out among the hundreds of thousands of members already here, both old and new alike for all that they’re worth and all they have contributed to the community.

This week’s inductee is the first inductee to actually have a monkey as their avatar, albeit not the intended monkey but a monkey nonetheless. Without further ado let’s give a warm welcome to the newest member to find vacancy in the ever-growing Member of the Week madhouse, JockeP22!

You can read the full interview in the official thread right here!

Perhaps last week’s first-look at the alpha build for the upcoming console release of Assetto Corsa wasn’t enough for you or wasn’t convincing enough for any number of reasons. Luckily there’s more coverage of the game, this time showing off the Audi R8 racing around Circuit de Barcelona-Catalunya.

Quick trivia: Not everyone will get this but the TX was featured once before and with a very similar title but not here on GTPlanet. It was instead featured on its departed sister Planet.

This week’s featured tune is aimed at giving you the absolute best when behind the wheel of the vicious-sounding HSV-010 GTS wherever you may find yourself. Put together by Weider of RTRacing the tune can easily be tailored to your style and PP demands of the event you’re looking to enter with a few quick adjustments.

Stop by the RTRacing tune page for more on the HSV-010 GTS and let the world know that you mean business.

If you have any suggestions for an upcoming Community Spotlight, start a conversation with me, entitle it “GTPlanet Tune of the Week”, and let me know. NOTE: You cannot elect your own work.

I’m exhausted. I don’t have much else to say other than I’m going to see Deadpool next week and am really looking forward to it; expect to see comments in this space when the time arrives.

Until next week, keep racing.

GTPlanet Community SpotlightGTPlanet Member of the Week
The original comments for this post are no longer available.
F1 2020 Review: A Winning Formula