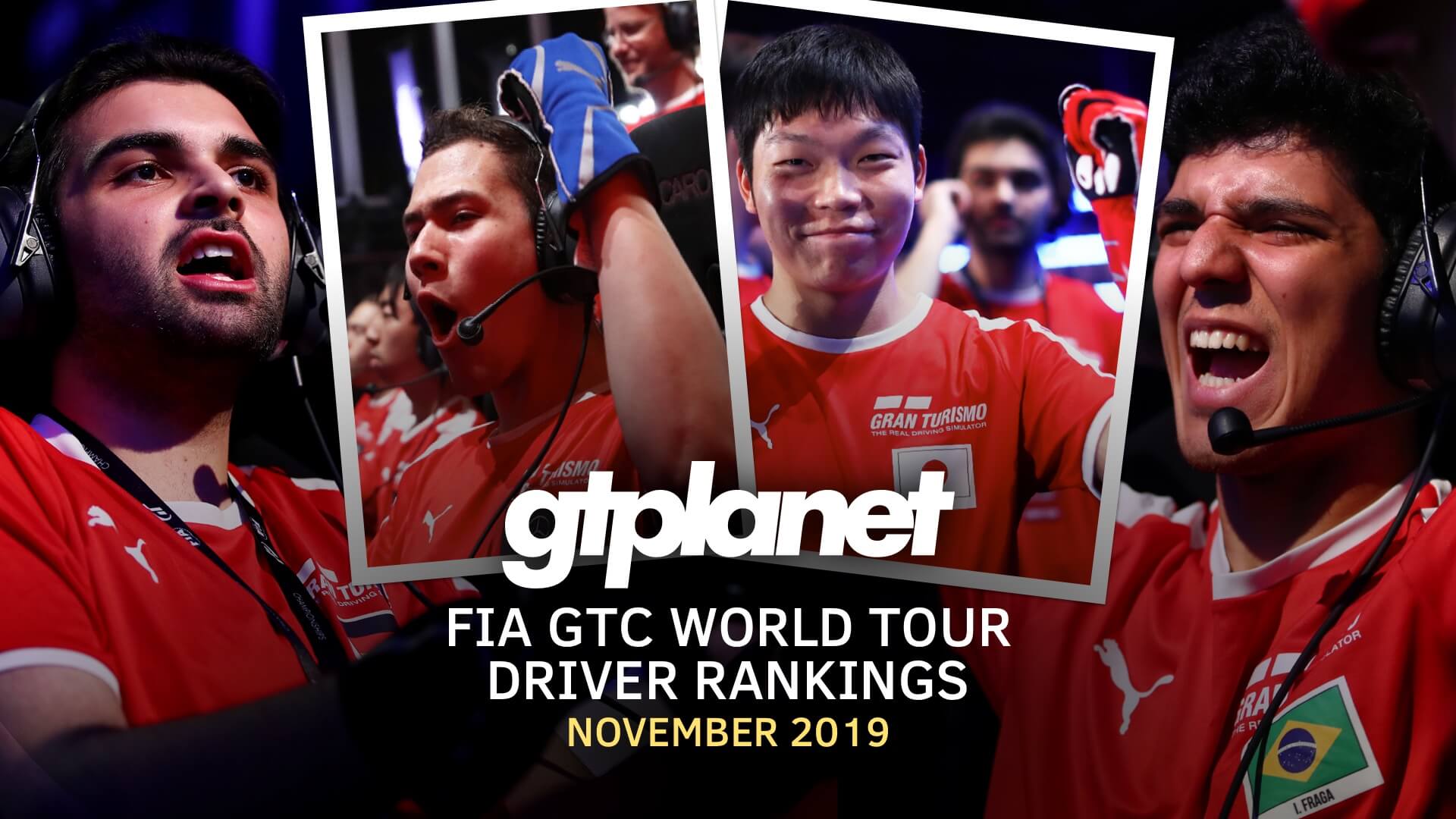 So this is it. All the racing’s been done, all the preparations made, and this weekend the world’s best Gran Turismo Sport drivers will meet in Monaco. They’re all chasing one trophy, and a money-can’t-buy prize of lining up alongside Lewis Hamilton, Ott Tanak, Fernando Alonso, and other world champion drivers to receive their adulation in Paris in December.

With the Grand Final in Monaco just around the corner, we’re taking another look at our Nations Cup driver rankings.

We rolled out the system in August, to show how the Nations Cup drivers perform in the live events. The bright lights, live audiences, international travel, and just being in the same room as their peers changes the pressure on the drivers. We’ve been tracking every participant, through every race, to see how they cope with this different environment and clue us into what to expect from the next time they meet.

The November rankings include every World Tour event up to the first stab of the throttle in Monaco on Friday. A wild Tokyo event saw quite a few drivers moving both up and down the order, but the top few remain eerily predictable. We certainly didn’t predict Ryota Kokubun’s victory — his second successive Tokyo win — and he’s jumped up the rankings as a result.

Now, let’s get to the rankings!

Fraga retains his top ranking going into the Monaco final. After that lift in New York, he’s not actually participated in the Nations Cup at a World Tour, but last year’s champ has been keeping his eye in with some runs in the Manufacturer Series — coming out on the podium in Tokyo.

There’s one stat that says just how potent Fraga is, and why he’s top of the list: he’s had the joint-fewest races of anyone in the top 16, but still has more race wins than anyone. He sees the checkered flag first in 71.4% of his races, and that’s why the Brazilian driver is still number one.

Mikail Hizal remains the closest thing to a true threat to Fraga. He didn’t have the best Tokyo event — not even making the final, like his poor Nurburgring event — but the fact is he has the second highest number of race wins and, along with Fraga and Ryota Kokubun, is one of few drivers to score the perfect weekend.

We’ll never know what might have been in New York, but if Hizal is in the same devastating form as he was in Salzburg, we might see the Turkish-German driver on the same patch of race track as the Brazilian in the closing stages again. Any bets on how it’ll turn out this time?

It’s incredible to think that Latkovski has only had one Nations Cup World Tour race win to date. Given that the Australian is usually standing on one of the three steps at the end of an event, PD might have to rename it from ‘podium’ to ‘Codyum’.

Undeniably fast — he recently won the FIA Motorsport Games Digital Cup — Latkovski seems to have ironed out some of the mistakes that attracted attention earlier in the season too. Will he step up at the last gasp to take the official GT Sport title too? 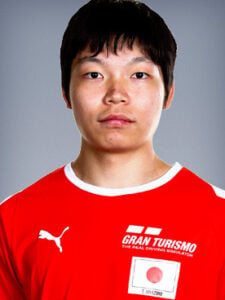 Takuma Miyazono has been like a whirlwind since his first event in New York, and we had a sneaky feeling he’d win on home soil in Tokyo. In fact he turned in his worst performance to date, but when that’s a 5th place in the semi-final, a repechage win, and a fourth in the final, you know we’re talking about a driver with immense talent.

While Tokyo might have been a missed opportunity, Miyazono should come roaring back in Monaco. It might need some unusual circumstances, or another tactical masterstroke, to see him win, but we wouldn’t be surprised to see him close to the lead battle in the grand final.

Coque Lopez has driven in every World Tour event and has, in each, qualified directly to the final without needing the repechage. He’s never finished any race at any event lower than sixth. No other driver can match these figures — Lopez is the very model of consistency and came so close to the win in Germany that it’s amazing he’s yet to taste champagne.

Ultimately though, he’s the only driver in our top five yet to win a race at a World Tour – though admittedly not entirely of his own doing. Can he make that push in Monaco? Well, he’s not likely to finish lower than sixth at least! 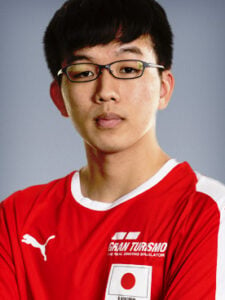 It seems harsh to call the defending 2018 Asia-Oceania champion an outsider, but his win – and perfect weekend – in Tokyo caught us all out. We’d tipped his countryman, Miyazono, but Kokubun just dominated the event.

That gives Kokubun two important qualities going into the Final: confidence and momentum. The Japanese driver hadn’t had the best of World Tours to that point, attending all events but only making one final and finishing anywhere from 4th to 11th. Tokyo changed that, and Kokubun is riding high heading to the Riviera. 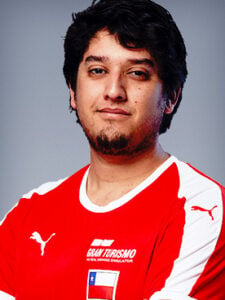 Since Paris, Rubilar has been in the mix but not close enough to repeat that result. In the other four events he’s placed 10th in the final twice, and not qualified for it another two times. This has to be taken in context: as the first driver to qualify for the World Final, he’s had no pressure to succeed, and nothing to drive him to the finish line.

Anyone who’s caught GTPlanet League‘s races will know how strong a driver the Chilean is though. He’s only here in seventh because his average results across the season dictate it, but with the pressure back on and the trophy in sight in Monaco, we might see him back up where he belongs. 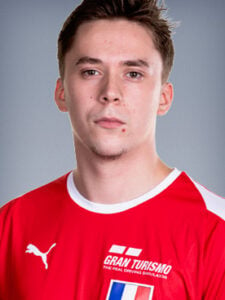 Beauvois is the quiet man of the World Tour. We hardly seem to talk about him, but he has been gradually improving as the events proceed. After missing Paris, he had a missable Germany event, but the finishes have got better the closer we get to the end of the season.

Tokyo was a good event for the Frenchman, with a trio of top-six finishes. He has one race win to his name so far, from the Repechage in Salzburg, on a generally solid weekend. He’s a good tip for a podium in Monaco, and certainly his results are moving in the right direction! 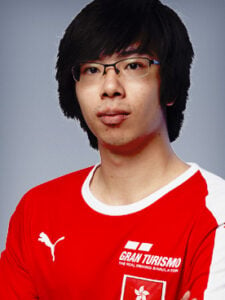 Wong has dropped in the rankings simply through not attending the Tokyo event. He remains one of Asia’s top drivers, and with a race win and a World Tour podium to his name, he’s not someone to dismiss lightly.

His nine races have all resulted in top-eight finishes, and he’s qualified for the final of every World Tour event he’s been in. That first event, in Paris, still represents a high point, but he’s a regular in the superpole shootout and a name you should firmly pencil in to make it through Friday’s semi-finals. 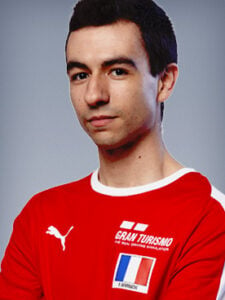 Derrouiche is one of the strongest drivers online, and a decent showing in Tokyo makes him our second top-ten Frenchman. Like Wong, he’s missed one event — Paris, in Derrouiche’s case — but has reached the final at every other. With a penchant for finishing third, which he’s done four times in nine races, he’s used to running at the front of the pack.

A mixed bag of results in Austria — the only event he’s needed to qualify from a Repechage race to the final — impacts his ranking somewhat, so we’d expect to see him further up than his position indicates. A podium? Maybe…

The list above accounts for just 10 of the 44 drivers who’ve made it to a World Tour. We’ve been keeping track of all of them in our complicated scoring matrix, but there’s quite a few drivers who’ve been to just a couple of events and progressed no further than the semi-finals. For that reason, we’re only looking at the top 25 here.

That said, the quality of the field here is immense. 11th to 13th reads like a European dream-team of Giorgio Mangano, Adam Suswillo, and Manuel Rodriguez, with Mangano’s countryman Salvatore Maraglino in 14th. Andrew Brooks keeps his top North American ranking of 15th, but that doesn’t reflect his pace, more his ability to attract terrible misfortune. Adriano Carrazza had an incredible event in Tokyo, which has moved him up — watch out for the Brazilian this weekend.

To all of the drivers who did make it into our rankings, congratulations and good luck in Monaco!

Andrew Evans · Nov 19, 2019· Comments
Michelin, official Tire Supplier and Technical Partner of Gran Turismo, is staging a special online competition for players in south-east Asia and Oceania, with an all-expenses paid experience at Yas Marina, Abu Dhabi, for the winner.

Andrew Evans · Nov 19, 2019· Comments
A new set of Gran Turismo Sport Daily Races is now available, with the unannounced change to a four-weekly cycle now seemingly the standard from this point forward.

Andrew Evans · Nov 19, 2019· Comments
Following on four weeks from the last set, a new set of Daily Races is now available in Gran Turismo Sport as players get used to the new scheduling for the 2017 title.

Andrew Evans · Nov 19, 2019· Comments
For the first time in nearly a month, there’s a new set of Daily Races in Gran Turismo Sport for players to enjoy for the foreseeable future.

Andrew Evans · Nov 19, 2019· Comments
It’s the inevitable fate of any game that, once it is succeeded, it will eventually wither away as support is withdrawn. While this process usually takes months at a minimum, GT Sport seems as if it could be sidelined in record time.

Andrew Evans · Nov 19, 2019· Comments
Despite being superseded by Gran Turismo 7, GT Sport’s Daily Races seem to be continuing on their weekly cycle — for the time being at least.

Andrew Evans · Nov 19, 2019· Comments
Although Gran Turismo 7 is now out, GT Sport shows no signs of slowing down any time soon, with a new set of Daily Races now available to players.

Andrew Evans · Nov 19, 2019· Comments
Gran Turismo Sport will finally be superceded by Gran Turismo 7 this week, but there’s still plenty to be getting on with in the current title — starting with a new set of Daily Races.