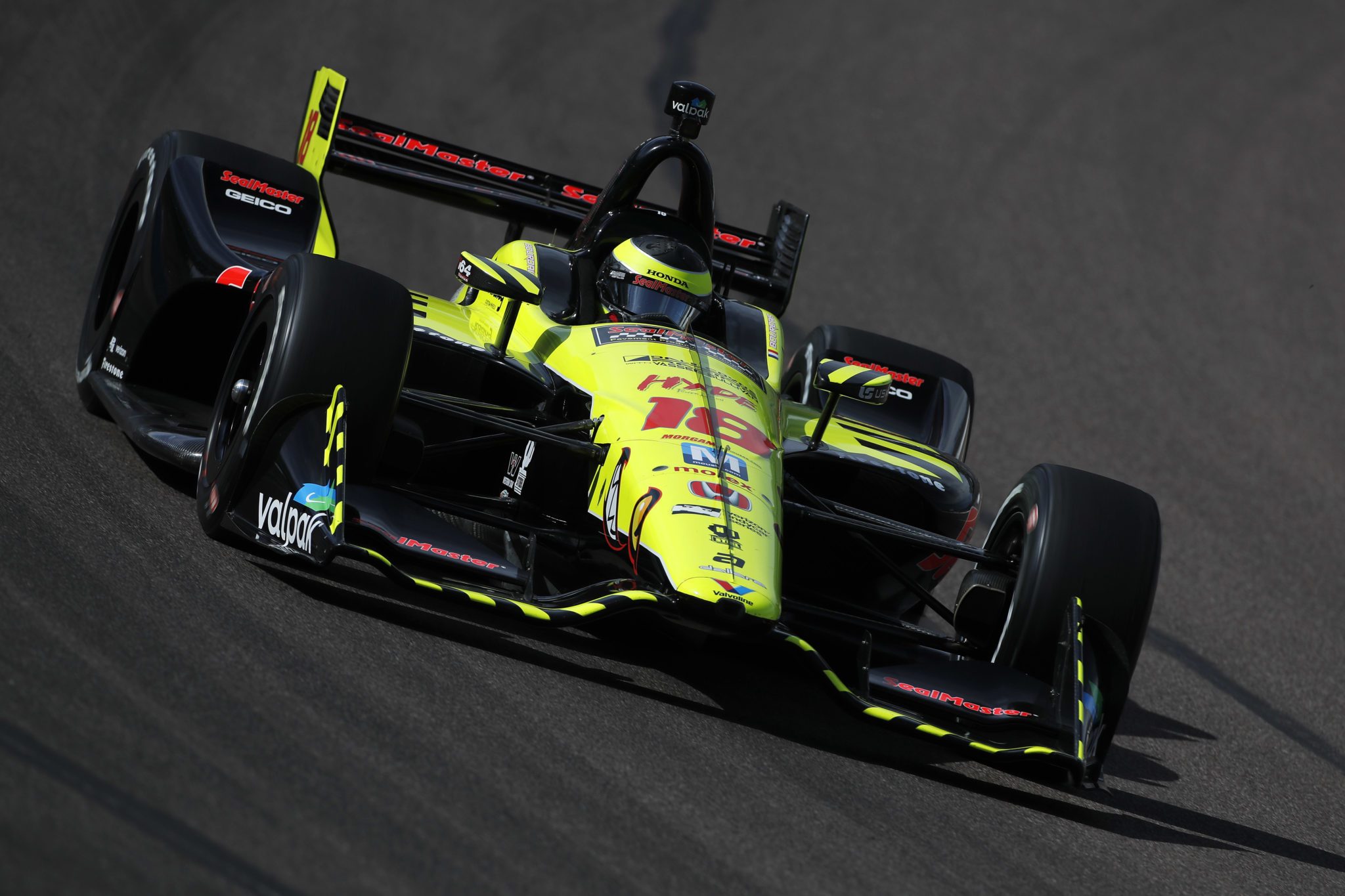 Forza Motorsport 7 has hosted a variety of IndyCar/Honda events this month in preparation for the Indy 500. It sounds like the connection could deepen in the near future, as the new IR-18 models may be heading to the game soon.

Since arriving on the current generation back in 2013, the Forza franchise has featured IndyCars. As the aero kits have evolved into increasingly wild forms, so to has Turn 10 updated them in-game. But the sexy new IR-18, first shown off last summer, is notable by its absence.

Answering fan questions on Racer.com, IndyCar chief marketing officer C.J. O’Donnell hints that may not be the case for long:

“We are expanding our presence in gaming. INDYCAR has a larger presence in the latest releases from Project Cars and iRacing. Forza is also adding the new INDYCAR to its platform this season. Unfortunately, we do not have a game developer signed to build an INDYCAR branded / dedicated platform (at least, not yet). Discussions regarding this feature platform are ongoing, and we hope to have some good news in the coming year.”

Tuned-in sim racers will note the IR-18 already made its video game debut this past March in iRacing. But this is the first mention of the new chassis arriving in Microsoft’s banner racing franchise.

As it seems unlikely the open-wheeler will debut in Forza Horizon 4 this year, the question then becomes when it’ll touch down in FM7. The game recently wrapped its Car Pass content with the April pack, and kicked off the month with a free Honda Civic Type R.

As the “May Update” launched alongside the hot hatch, it seems unlikely another significant content update is coming this month. Could the IR-18 arrive alongside new cars in a June pack, or even show up as a dedicated expansion, a la NASCAR in FM6? We’ll have to wait and see.

Not to be overlooked, we want to draw attention to O’Donnell’s comments on a dedicated IndyCar game. The article makes a comparison to F1 (and the ongoing Codemasters game series), and its encouraging to hear the team is searching out a partner for a standalone title. We can think of a few developers that’d suit the task…

Hat tip to GTPlanet community member nyrmetros for the tip!