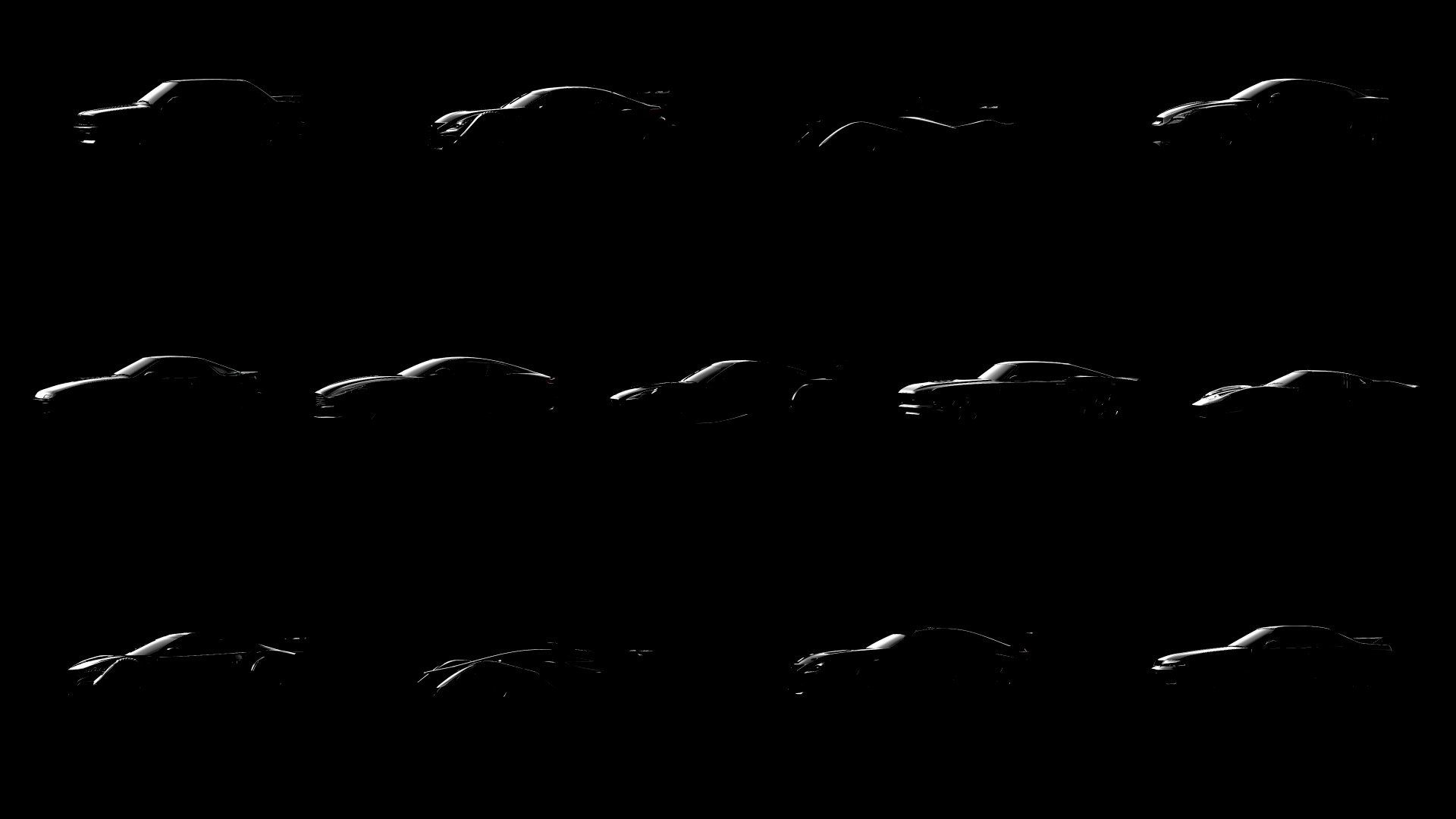 It’s that time again. As we round the corner on the final week of March, Kazunori Yamauchi has given us the next shadowy Gran Turismo Sport teaser. And it looks like a doozy.

As per usual, Yamauchi-san has tweeted the image. The hint comes alongside confirmation of a content update arriving next week. That means GT Sport players can look forward to a rapid-fire sequence of content, as the GR Supra concept and Audi Vision GT are both arriving early April.

This latest batch of cars is the biggest, at 13. That puts the post-release expansion at exactly 50 cars, a figure Polyphony first floated way back in November. Checkpoint duly hit!

So, what’s in the pack? Working our way from top-left to bottom-right, it starts with possibly the biggest surprise: the BMW E30-gen M3. That boxy silhouette is unmistakeable, and it should make at least 1,226 GTPlanet members happy. Why’s that? It’s been the most-requested car in our Car Suggestions forum for over four years, that’s why!

It also looks like fans of the Super GT racing series will be pleased. The second car appears to be the new LC500 racer, and other cars in the image share a similar look. In fact, this seems to be the most racing-oriented update to GT Sport yet, at least going by the amount of sizeable wings on display.

In terms of other road cars, we spy what appears to be an FC-gen RX-7 starting the middle row, beside an Aston Martin DB11. An original Ford GT40 ends the row, while what looks like an R33 Skyline sits below it.

To the left of the Ford GT40 is a car that shares at least part of that car’s spirit. Yes, it looks like David Eckert’s “Mach 40” — the 2012 SEMA GT Award winner — is coming. This would be the second GT Award winner to arrive since GT Sport’s launch last October.

You’ll want to work on your reflexes, too: it looks like the Adrian Newey-designed X-car is returning to the Gran Turismo franchise. Its characteristic high nose is visible on the bottom row, second-from-left. What may be the X2014 Junior shows up on the top row, though it seems too small and has a different wing profile.

No word yet on any other content that may be coming alongside these cars. The last few updates have followed a pattern, alternating between solely adding new layouts of existing circuits, or adding an entirely new one (Monza in January). Stay tuned — we’ll know within the next seven days!