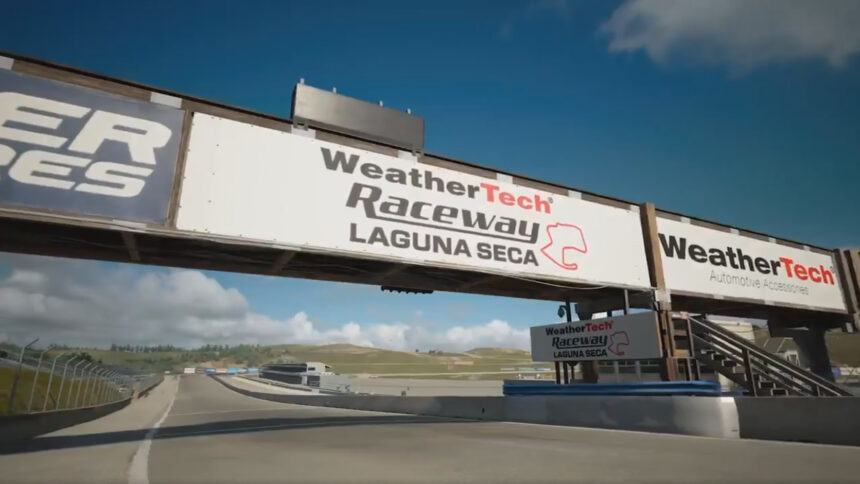 We were quite surprised when a leak last week revealed the fact that another famous real-world circuit was coming to GT Sport. A document circulated to players at this weekend’s World Final showed Laguna Seca was next up on the track list, hot on the heels of October’s new circuit, Spa-Francorchamps.

Now it appears that the track has gone from a leaked rumor to a full-blown confirmation. That comes via the official Gran Turismo YouTube channel which has posted a promotional video for this weekend’s World Tour. It’s only 30 seconds long, but it includes a short section consisting of views of the circuit. You get to see the main straight, the straight and footbridge between turns three and four, and — of course — the Corkscrew:

In case you’re unfamiliar, Laguna Seca is one of the most important circuits in Gran Turismo history. The course in Monterey, California, was the first real-world track to appear in a Gran Turismo game, back in GT2, and it has appeared in every full game since up until GT Sport. After Circuit de Spa-Francorchamps, it’s one of the fans’ most-requested circuits to reappear.

We should note that, for now at least, it only appears as if Laguna Seca will be used in the World Final in Monaco this weekend. It took two months from Spa’s first appearance until it arrived in the game, largely due to a quality control period, and we should expect a similar process with Laguna Seca.

In the meantime you can look forward to the track making a debut in the Manufacturer Series at the World Final on Saturday.

GT Sport TracksLaguna Seca
541 Comments Discuss this post in our forums...
Test Your Badge Knowledge With Our Car Logo Quiz

Gran Turismo Sport 74 May 11 by Andrew Evans
Following on from yesterday’s announcement, the v1.65 update for Gran Turismo Sport is now available. It’s one of the largest updates we’ve seen recently, coming in at over 3GB, but…

Gran Turismo Sport 74 May 10 by Andrew Evans
A new game update for Gran Turismo Sport will arrive this week, according to an in-game announcement mirrored on the official game website. The update will follow a period of…

Gran Turismo Sport 493 May 10 by Andrew Evans
A new set of GT Sport Daily Races gets underway today, with players heading to three of the game’s real-world race tracks dotted around the edge of the Pacific Ocean.…

Gran Turismo Sport 493 May 3 by Andrew Evans
There’s a new set of GT Sport Daily Races starting today, with three new events for players to get to grips with over the next seven days. Each of this…