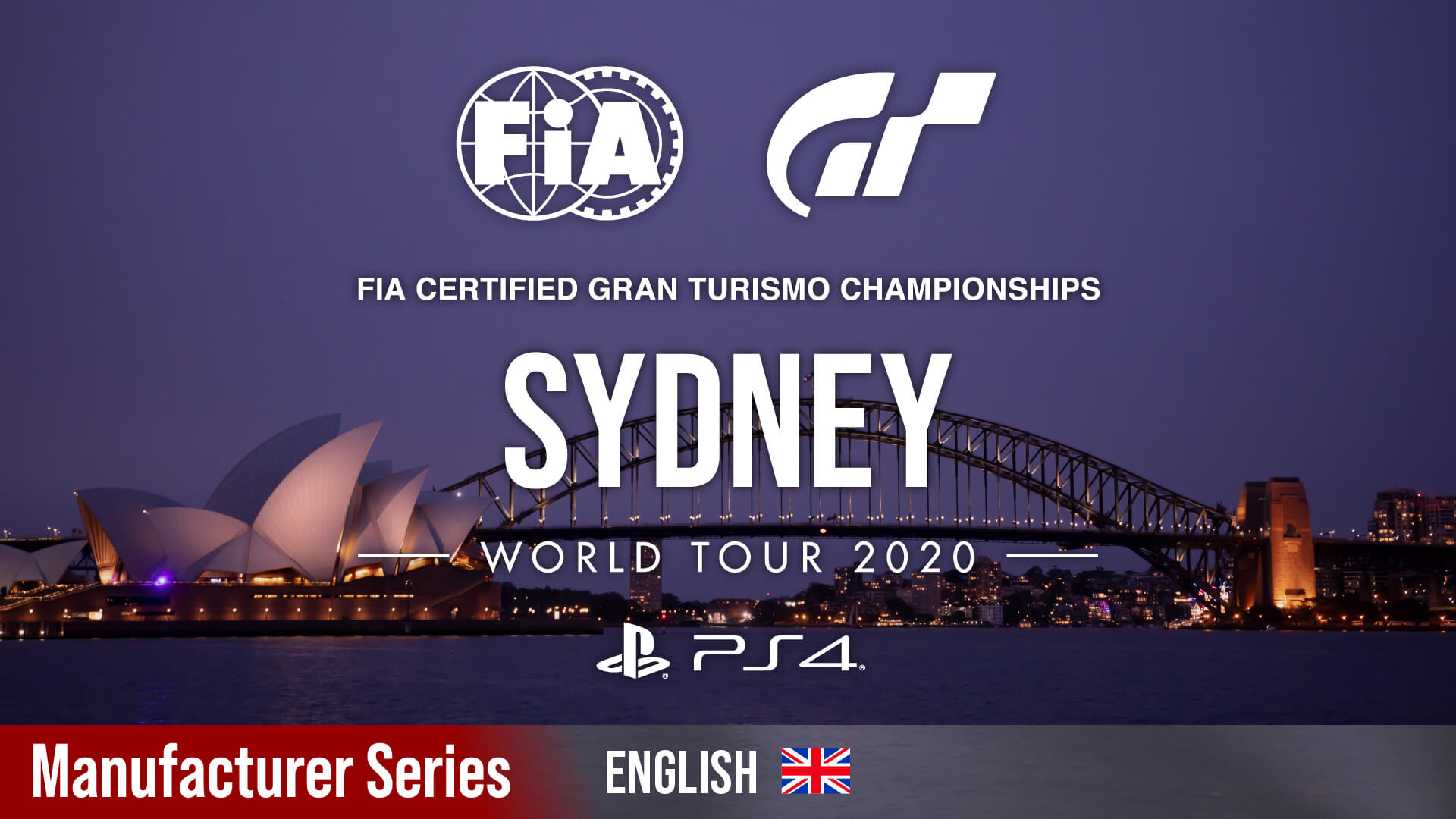 It’s the first final of a new GT Sport FIA Certified Online Champion season, and we’re sure to be in for a good one. Barely three months has passed since that dramatic Toyota win in the World Final in Monaco, and now here we are starting all over again.

Many of the same drivers who were team-mates three months ago return to do battle again in Sydney, and that means that, new season or not, form is important. Toyota, as defending champion, must be a strong favorite, especially with two of Monaco’s team back on driving duties and New Zealander Simon Bishop — who memorably took the checkered flag in Germany — as third man.

Waiting in the wings is, of course, runner-up Mercedes-Benz. It returns its victorious squad from New York, with Cody Latkovski and Anthony Felix rejoined by Costa Rican touring car driver Bernal Valverde.

After Friday’s qualifying session though, it’s BMW with the advantage. Nico Rubilar, known for his stellar one-lap pace, came on top in qualifying at Mount Panorama, followed home by two further German brands in a dead heat. 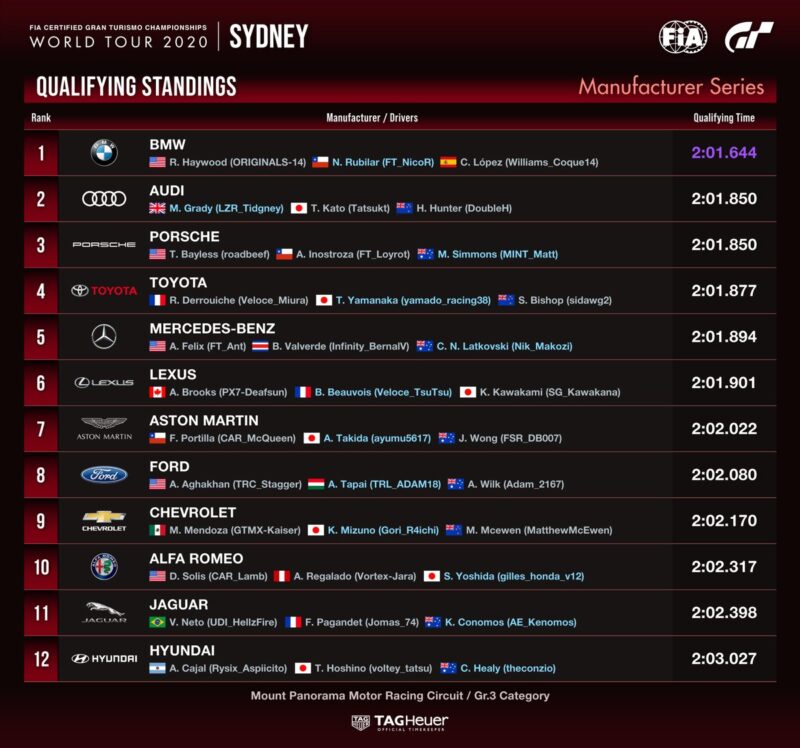 Martin Grady nabbed second for Audi, from local Matt Simmons in the Porsche, by virtue of setting his lap first. Rubilar again teams up with Coque Lopez and Randall Haywood, with Hayden Hunter and Tatsuhiko Kato in the Audi, and Angel Inostroza and Tristan Bayless at Porsche.

Lexus and Aston Martin are also previous winners in the World Tour, but qualified 6th and 7th respectively. Kanata Kawakami, Andrew Brooks, and Baptiste Beauvois will hope for more from the RC F in race one to get a good grid spot for the final. Aston Martin almost needed a late substitution, but Fabian Portilla’s visa arrived very late and the Chilean has only just arrived at the venue to join Ayumu Takida and Jay Wong. We wish him the best of luck through the jet lag!

The action gets underway at 0500 UTC (convert to your time here). There’ll be two races, using Gr.4 cars at Mount Panorama and Gr.3 cars at Spa-Francorchamps, with all three drivers required to drive in both races.

Andrew Evans · Feb 14, 2020· Comments
Michelin, official Tire Supplier and Technical Partner of Gran Turismo, is staging a special online competition for players in south-east Asia and Oceania, with an all-expenses paid experience at Yas Marina, Abu Dhabi, for the winner.

Andrew Evans · Feb 14, 2020· Comments
A new set of Gran Turismo Sport Daily Races is now available, with the unannounced change to a four-weekly cycle now seemingly the standard from this point forward.

Andrew Evans · Feb 14, 2020· Comments
Following on four weeks from the last set, a new set of Daily Races is now available in Gran Turismo Sport as players get used to the new scheduling for the 2017 title.

Andrew Evans · Feb 14, 2020· Comments
For the first time in nearly a month, there’s a new set of Daily Races in Gran Turismo Sport for players to enjoy for the foreseeable future.

Andrew Evans · Feb 14, 2020· Comments
It’s the inevitable fate of any game that, once it is succeeded, it will eventually wither away as support is withdrawn. While this process usually takes months at a minimum, GT Sport seems as if it could be sidelined in record time.

Andrew Evans · Feb 14, 2020· Comments
Despite being superseded by Gran Turismo 7, GT Sport’s Daily Races seem to be continuing on their weekly cycle — for the time being at least.

Andrew Evans · Feb 14, 2020· Comments
Although Gran Turismo 7 is now out, GT Sport shows no signs of slowing down any time soon, with a new set of Daily Races now available to players.

Andrew Evans · Feb 14, 2020· Comments
Gran Turismo Sport will finally be superceded by Gran Turismo 7 this week, but there’s still plenty to be getting on with in the current title — starting with a new set of Daily Races.