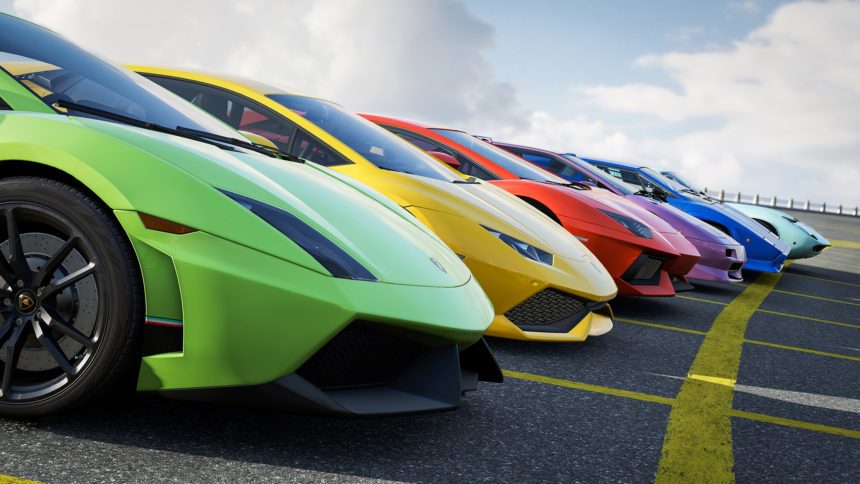 What we’re looking at above is what could be the first official acknowledgement of Forza Horizon 3. Much as they did with Motorsport 6, Turn 10 has announced a cover car at a major automotive event, this time at the Palexpo during the Geneva Auto Show. Now we know why some of the studio’s higher-ups are on the ground in Switzerland…

As detailed earlier today, the Centenario is Lamborghini’s 770hp birthday cake to itself. Celebrating what would have been its founding father’s 100th anniversary, the car will be a rarity even amongst Lamborghinis, with only 40 examples finding their way to lucky owners. With such exclusivity for the newest model, today’s announcement means far more people will be able to enjoy the wild bull, even if only digitally.

While Turn 10 recently revealed the Forza series is making it’s way to PC with FM6: Apex, reading between the lines, Horizon 3 is the likely destination for the Centenario. The trailer makes mention of an “all-new Forza game” – which Apex surely isn’t – along with a promise of more information at this year’s E3 (Electronic Entertainment Expo). The show isn’t until mid-June, which is a little late for the free PC game’s “spring” launch window.

This represents something of a new tradition for the series: 2014’s Horizon 2 featured the then-new Hurácan on the cover, making Lamborghini the only company to receive the honour twice (not counting special Collector’s Editions).

The news brings with it some unexpected statistics. According to Turn 10, over five million players have spent a combined 60 million hours driving the cars from Sant’Agata. The Lambo lineup on XBox One currently spans 14 unique models, from the Miura through to today’s Hurácan, punctuated by oddities like the LM002.

This isn’t the only news out of the Microsoft camp involving the Italian supercar purveyor. We’ll have more news on that front shortly. For now, let us know your thoughts in the comments, and head on over to our Forza Horizon forum section for more!

Lamborghini
The original comments for this post are no longer available.
Can You Beat the Impossible Gran Turismo Quiz?