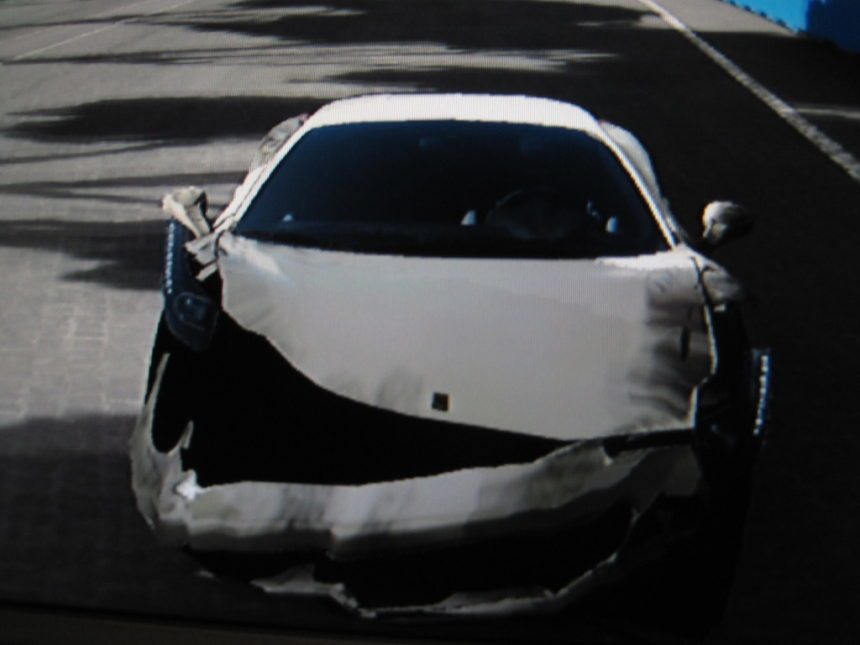 The new Gran Turismo 5 damage system first spotted by GTPlanet users in the Best Buy demo continues to make waves throughout our community, as more pictures (and now videos) keep coming in. Here’s the latest batch of higher-quality photos from Asane and tyv2448, along with a YouTube clip courtesy of StedySniper (thanks to Volcao for the tip!). Asane also provided me with a few more details on his observations so far:

From playing the demo I noticed the only car I could really kill was the Ferrari 458 and to an extent the NASCAR car and the AMG. The other cars in demo were impossible to really beat up only having dents and scratches. I think it’s either damage is only turned on in some cars or PD has made some deals with a few manufacturers to have that kind of crazy damage. For example, the 458 is murdered in these screenshots, but the Ferrari Enzo was very hard to kill.

Best BuyDamageFerrariGameplay VideosGT5 VideosLamborghiniMercedes SLS AMGScreenshots
The original comments for this post are no longer available.
Test Your Badge Knowledge With Our Car Logo Quiz

Gran Turismo Sport 833 May 3 by Andrew Evans
There’s a new set of GT Sport Daily Races starting today, with three new events for players to get to grips with over the next seven days. Each of this…