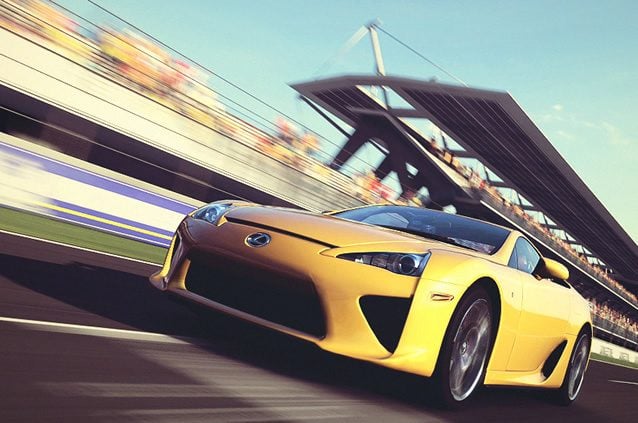 IGN has published their most recent interview with Kazunori Yamauchi, where he provides fairly detailed responses to some familiar questions. Notably, he offers a rough timeline of how often we can expect new content to be introduced in Gran Turismo 5:

I think that will include cars and trucks that we’ll be releasing maybe once every two months or so from here on out. What we do from here on is also really dependent on the reaction of the users to this first DLC that we just released because this is the first one.

It’s not clear whether the use of “trucks” (instead of “tracks”) in this sentence is the result of an inaccurate translation or transcription, but it is worth noting. Confirming recent comments from an SCEE representative, Kazunori re-iterated that GT5‘s future additions are ready to go:

We have a pool of materials that are possible to release and it was just something that I decided with the team. We decided the vehicles and tracks and content in this first DLC was going to be our starting point.

Exactly what’s in that “pool of materials” is up to speculation, but the 25 track logos GTPlanet’s community discovered earlier this year may offer some hints about what’s to surface from those murky depths.

Notably, Kazunori also re-confirmed that Gran Turismo 6‘s development is underway, and commented about how the game’s new features will ultimately be chosen:

Thanks to all of you who sent this in so quickly!

Gran Turismo 5 DLCInterviewsKazunori Yamauchi
The original comments for this post are no longer available.
Test Your Badge Knowledge With Our Car Logo Quiz

Gran Turismo Sport 3735 Apr 5 by Andrew Evans
As well as announcing the new format for the 2021 season of the FIA Certified Gran Turismo Online Championship, Polyphony Digital has also revealed the largest expansion in eligible players…

Gran Turismo Sport 3735 Apr 5 by Andrew Evans
Kazunori Yamauchi has taken to the PlayStation Blog to announce a new-look format for the upcoming 2021 FIA Certified Gran Turismo Online Championship, the fourth season of the flagship esports…