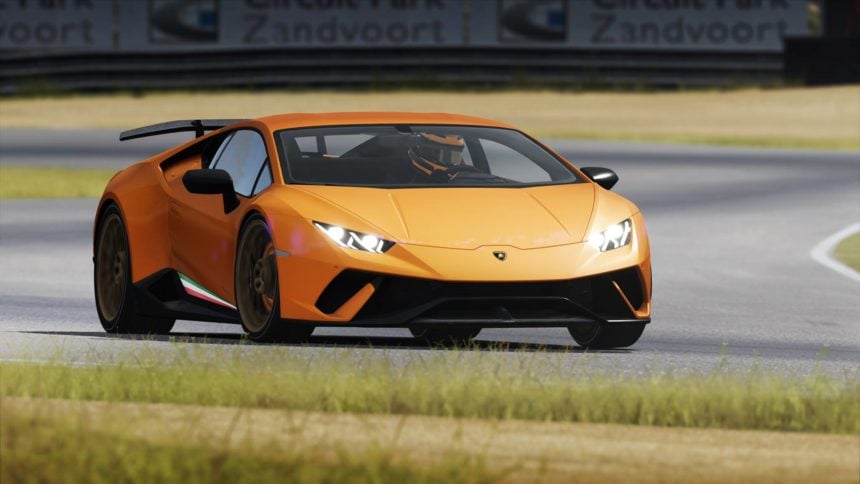 First revealed in October, Bonus Pack 3 fast approaches its December 20 release for Assetto Corsa. The free content pack will feature seven all-new cars and Mazda Raceway Laguna Seca. Not a bad way to end the year in our book.

With that in mind, Kunos continues to tease the contents of the upcoming DLC. With the Huayra BC having its time in the spotlight, now the focus is on the Lamborghini Huracán Performante.

The Performante is no slouch, upping the ante over the original Huracán in every way possible. While not as radical as the Huayra, the Performante packs a mean punch. The 5.2-liter V10 now makes 631hp, 29 more than the “base” model. A weight reduction nearing 90 pounds adds to the equation, and with a top speed over 200mph there’s no shortage of oomph.

Like the Pagani and Alfa before it, Kunos has released a trailer showing off the radical Italian supercar.

With three of the seven cars teased so far, only four remain. Bonus Pack 3 has a lot going for it, least of all the Maserati Alfieri Concept — a left-field addition no one saw coming.

As mentioned, both the track and all seven cars are coming to the game for free. Bonus Pack 3 arrives for Steam players on Wednesday. There’s yet to be any word on a console release date, though Kunos hopes to bring it over as soon as possible.

With the finish line in sight, we’ll keep an eye out for more details as they’re announced!