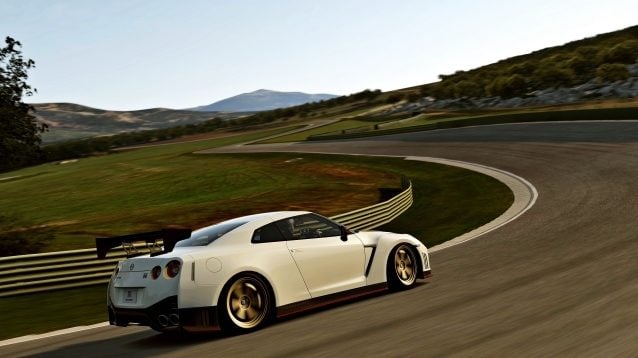 For tech-heads, Gran Turismo 6’s GPS Data Logger function is something quite exciting, but for the gamers it’s something that appears limited in scope at first glance.

Since it was introduced in the v1.06 game update in April, the feature has been somewhat of a niche curio. With the data-gathering part of the feature limited to only a pared-down version of Toyota’s 86 coupe, only sold in Japan and only covering three of Japan’s top tier race tracks – Fuji, Suzuka and Tsukuba – the chances of gamers being able to use the full breadth of the logger’s scope have been somewhat slim.

The first aspect of NISMO’s involvement don’t appear to make matters much better. Nissan’s version of the vehicle hardware interface, dubbed “NissanConnect NISMO Plus” is set to debut in December with the official launch of the £125,000/$152,000 Nissan GT-R NISMO 2015 – which GTPlanet drove at Silverstone this summer. However, it also marks a significant swelling in the ranks of available circuits and the first signs of manufacturers making reference laps available, as NISMO will release the GT6-compatible telemetry of Michael Krumm’s 7’08 Nürburgring Nordschleife lap for download to gamers.

With a standalone smartphone app available for telemetry analysis, NISMO plans to have GPS Data Logger information available for 178 of the world’s top racing circuits and has already mapped 17 of Gran Turismo 6’s tracks across Japan, North America and Europe. If you’re one of the very few buyers of the GT-R NISMO, you can race against your own data gathered from the following circuits:

The technology isn’t just limited to the NISMO GT-R, however. It’s a relatively simple interface that stores data that’s already gathered by vehicle CANbus systems – a standard communications system since 2001 – in an appropriate format for Gran Turismo 6’s GPS Data Logger function to read. NISMO doesn’t plan to limit it to the GT-R and the system should trickle down to other NISMO products – 370Z, Juke and, though only a concept currently, Pulsar – while it could conceivably be offered by Nissan as a NissanConnect package enhancement on any model in the manufacturer’s range.

In addition, CANbus is standard protocol on new vehicles since 2001 so, while Nissan and Toyota are amongst the first manufacturers to make this GT6-compatible interface available, it could appear in the infotainment packages of any manufacturer in the future if they are so inclined!

Also worth noting is that NISMO mapped the circuits for the feature in a very specific manner, driving equipped vehicles around the tracks mentioned at a steady pace. This is remarkably similar to how a GPS Course Creator would function and indeed the confidence NISMO places in the GPS Data Logger ought to be taken as a proof of concept of such a future feature.