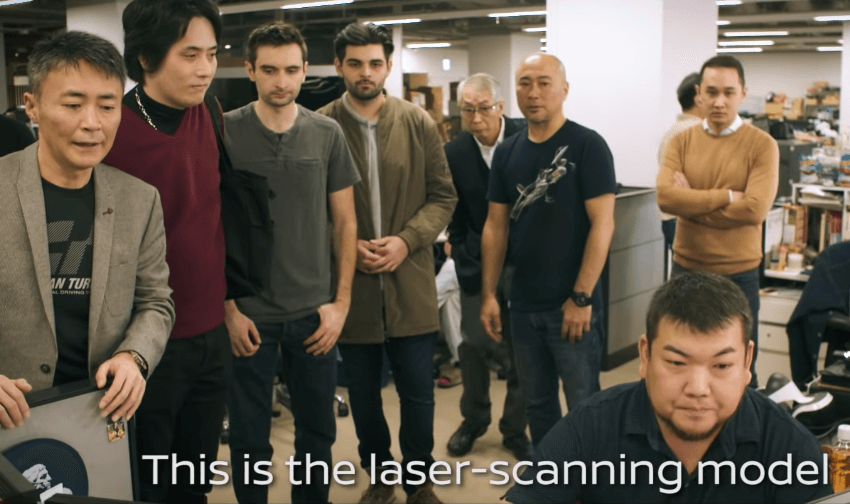 Even though the GT Academy’s days may be over (Lucas Ordoñez, the original winner, officially parted ways with Nissan earlier this month), Nissan remains heavily involved with Polyphony Digital and the Gran Turismo franchise.

Back in October, the company hosted the “Nissan GT Sport Cup”, inviting some of the top drivers from around the world to a live esports event in Barcelona, Spain.

The names on the podium at that event should be quite familiar to regular GTPlanet readers now, including Patrick Blazsán (TRL_Fuvaros), Mikail Hizal (TRL_LIGHTNING), and Cloque Lopez (Williams_Coque14), all of whom reached the FIA-certified GT Championship World Finals in Monaco last month.

As reward for winning the Nissan event, several of the drivers, including runner-up Yuta Oishi, were invited to Japan to visit Polyphony Digital’s development studio and the NISMO Festival at Fuji Speedway.

Their experience was documented on video and was published as part of NISMO TV’s “GT Sport: Behind the Racing” series. It’s very well produced, and you can watch the latest episode right here:

To catch up on the entire series, check out the complete YouTube playlist right here. Congratulations on winning a great experience, guys!

Polyphony Digital
22 Comments Discuss this post in our forums...
Can You Beat the Impossible Gran Turismo Quiz?

Gran Turismo Sport 1721 Feb 17 by Andrew Evans
GT Sport‘s first World Tour event of the year is still fresh in our minds, but already it’s time to prepare for the next stage. The Pre-Season for 2020 FIA…