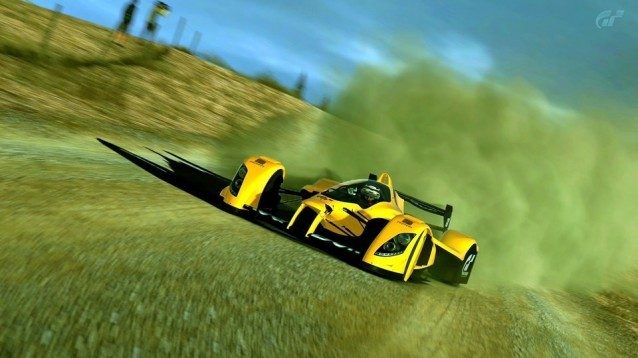 If you’ve been playing Gran Turismo online at any point in the last couple of months, it probably hasn’t escaped your attention that there are a whole lot of cars out there that just seem to be too fast.

Whether it’s been 1000mph Red Bull X2010s and Civics or “realistic” modified cars, the proliferation of cars modified beyond the normal parameters of the game has been meteoric. It made sufficient dents in the Seasonal Event Time Trials that Polyphony altered the events so that they were single vehicle events only and the car was provided rather than coming from the player’s own garage.

This morning they’ve stepped up the fight back against these “hybrid” cars with an announcement of intent to ban the accounts of players found using what it terms “illicitly modified game data“:

We have recently confirmed usage of illicitly modified game data in the online services of Gran Turismo 5, and the relevant accounts have now been banned from the service.

Hereafter, these Online ID’s in question will no longer be able to access the online portion of Gran Turismo 5.

Please be aware that usage of illicitly modified game data and any mischievous conduct against other players using such data are strictly prohibited, and will be subject to penalties as soon as they are found.

We ask everyone for their continued understanding and support.

How this will be achieved isn’t known, however GT5 does exchange a fair bit of data with PD servers when booting up and after certain in-game actions. What they mean by “illicitly modified game data” is also uncertain, as it could apply to those who possess these cars but haven’t used them online, those who use them online or those who make and distribute them in equal measure.

What is clear is that, despite developing GT6 at present, PD are still supporting the community of GT5 gamers to keep the playing field level.

Gran Turismo Sport 824 May 3 by Andrew Evans
There’s a new set of GT Sport Daily Races starting today, with three new events for players to get to grips with over the next seven days. Each of this…