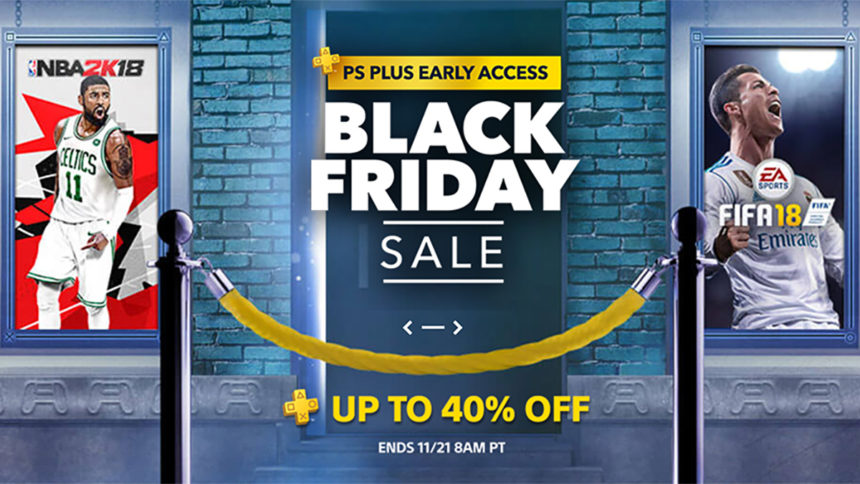 Much like Microsoft, Sony has kicked off Black Friday early for select players. And just like the Xbox deals, there’s some great savings to be had for racing fans.

It’s worth pointing out that Black Friday deals haven’t yet hit the PS Store on the East side of the Atlantic. Because they’re so good, we’ve listed the current deals — keep an eye out for dedicated BF deals to make their way across the pond closer to the date.

Early Access for the PS Store sales have started now for PS+ members. It’s a small collection for sim racers right now, but expect it to balloon out for Black Friday proper. If we had to guess, we’d bet on some of the current European discounts showing up on this side.

Payback‘s significant 40% reduction is surprising. The game just launched this month, so if you’ve been on the fence about EA’s newest arcade racer, it being almost half price may help.

Project CARS 2 is also a fairly recent product, arriving at the end of September. The game is a serious real-world motorsport simulator, and with Slightly Mad Studio’s DLC plans out in the open, we expect it to start receiving additions soon.

As usual, Europe gets some great deals on racing titles. If you’re looking for off-road action, DiRT 4 and WRC 7 deliver in spades, for roughly the same price as the Xbox listings. Fans of tarmac racing have a similarly cut-price Assetto Corsa on offer, too.

It may be old — and far from pretty — but Sébastien Loeb Rally EVO is a bit of a hidden gem. It’s very cheap this week, and offers a nice look at the career of the rally legend. The Special Edition may be double the price of the vanilla version, but it does come with Pikes Peak and all of the DLC…

Black Friday 2017PlayStation Store
8 Comments Discuss this post in our forums...
Test Your Badge Knowledge With Our Car Logo Quiz

Gaming 1 Jun 17 by Andrew Evans
With the much-delayed ninth film in the Fast & Furious saga, F9, due to hit cinemas in the USA next week, Rocket League is celebrating with a special new three-car…