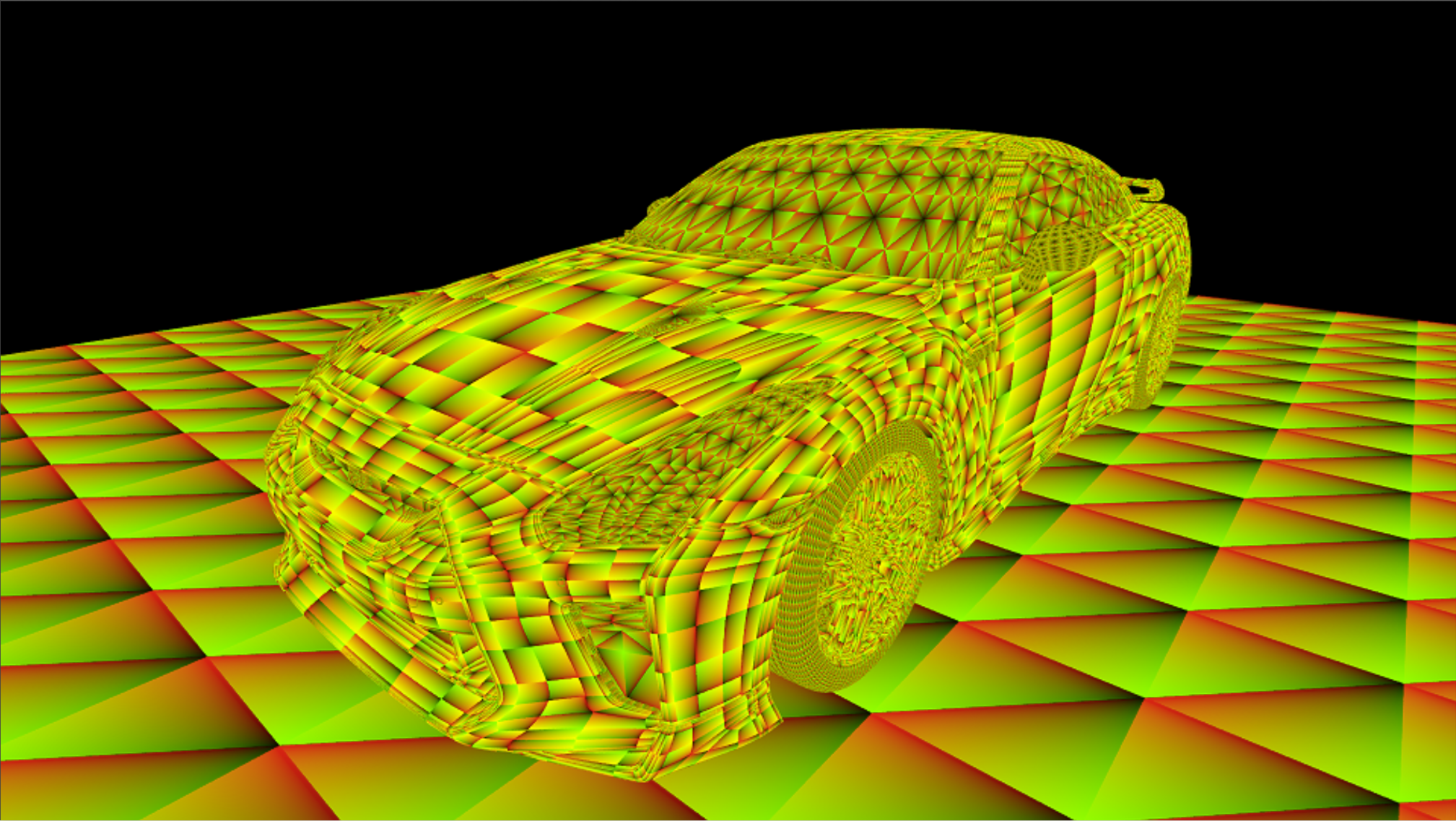 Since Polyphony Digital first launched Gran Turismo, the company has been creating some of the most graphically impressive titles in the video game industry. Detailed car models and beautiful lighting has been a hallmark of the series for more than 20 years.

It’s a bit of a mysterious art, though, and for obvious reasons the company has never talked much about how their artists and programmers are able to do what they do.

That may be changing, though. When Kazunori Yamauchi received his honorary doctorate last year, he gave a surprisingly technical presentation to students at the school, and now, Polyphony Digital has added a “Publications” page to its corporate website.

The page currently features slides from two presentations its employees gave at the Computer Entertainment Developers Conference (CEDEC) 2018 in Tokyo.

We’ll be taking a closer look at the other presentation in another post, but for now, let’s dive into the one which explores “ray tracing” and the lighting techniques used in Gran Turismo Sport. It was presented by Polyphony Digital engineer Yuki Ozawa.

Before we go any further, let’s get the bad news out of the way: the presentation slides are in Japanese and consist of short sentences and bullet points which were intended to be accompanied by a speaking presenter. This makes them very difficult to translate, but it probably wouldn’t matter anyway: unless you have a background in 3D graphics, it will be almost impossible to digest.

There’s still a few interesting things worth checking out, though. You can download the file here (102MB) to get a closer look, or just check out the highlights below. 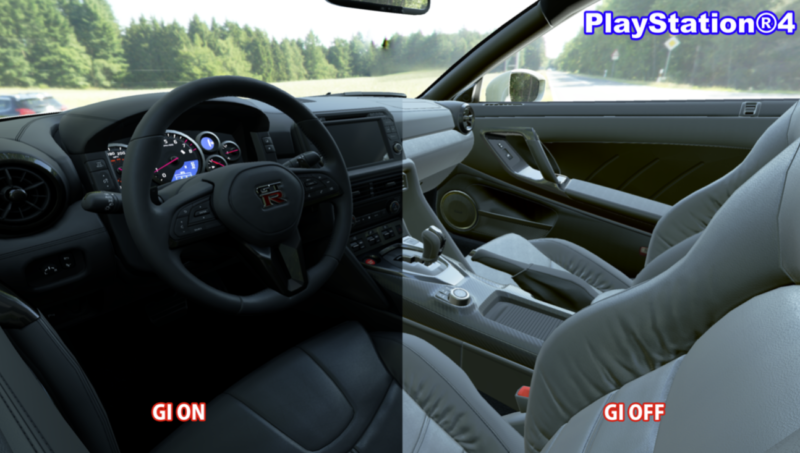 One noteworthy topic discussed in the presentation is Polyphony Digital’s newly developed “Iris” rendering system. It’s a “Monte Carlo ray tracing system”, but don’t get too excited: that refers to a class of algorithmic methods, not the famous racing track.

Polyphony Digital built Iris entirely in-house and it was used for the first time in Gran Turismo Sport. Iris uses a “baking” method which pre-renders lighting in the environment. This generates realistic light and shadows, but it is almost certainly the reason we don’t have dynamic time-of-day or dynamic weather conditions in Sport. 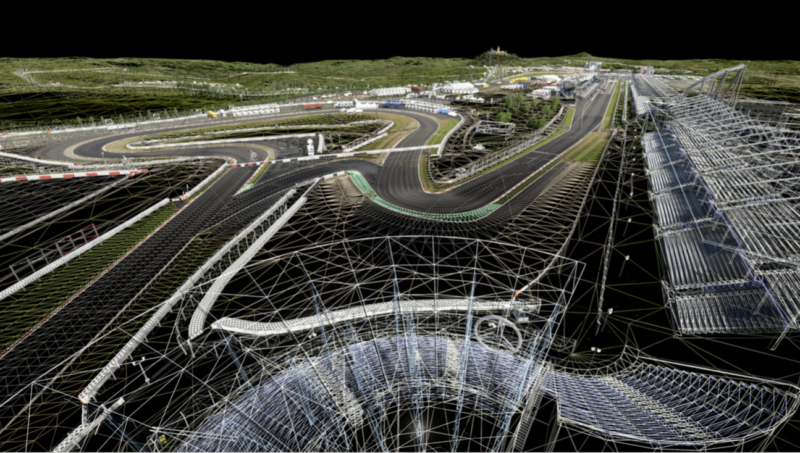 Baking a course like the Nürburgring — which the paper explains is 42GB of compressed data — is distributed to eight rendering servers with 40 CPU cores each. The 320 total cores can render lighting data for all 42GB in about 30 minutes. 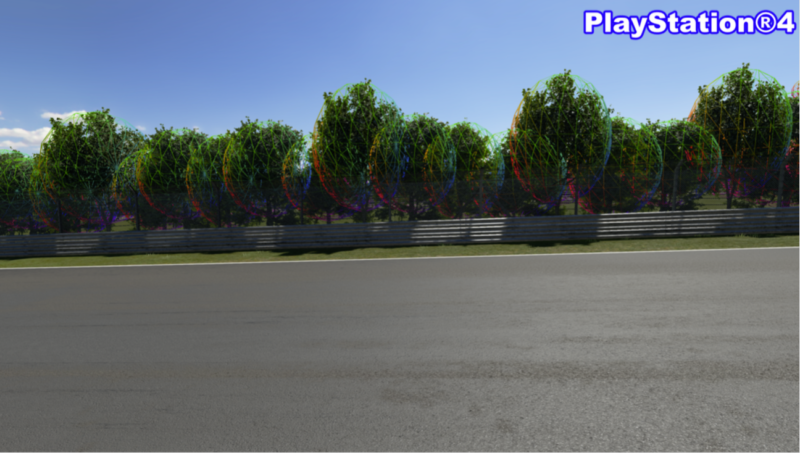 The presentation also touches on one of the single most (hilariously) controversial topics ever discussed in our forums: trees. Rendering light through trees is a hard thing to do, and it’s even harder at the Nurburgring. The track contains 10,674 trees in GT Sport.

The complexities of the trees require humans to help the computer with tree light rendering. Fortunately, this help can be automated into the baking process, further reducing processing time. 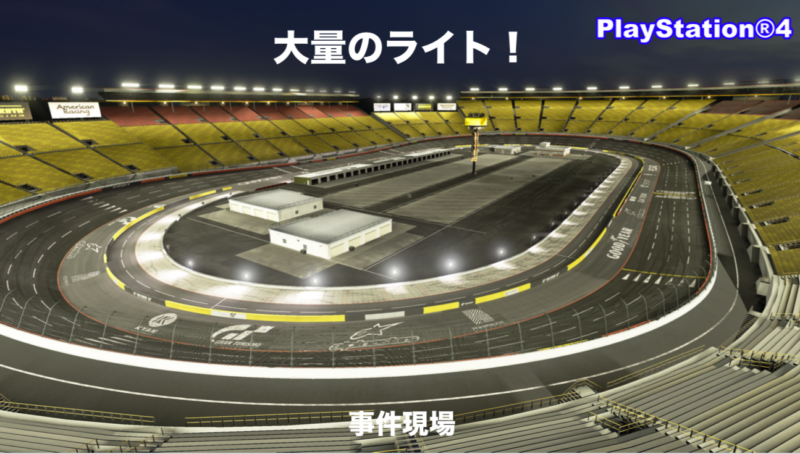 Another topic of discussion is multiple lighting sources, the light from which overlaps and interacts with itself in many complex ways. The greatest challenge was presented by Northern Isle Speedway’s night course, which has over 208 unique lighting sources.

The Nurburgring has 2,308 light sources. Although they are spread out over a much larger area, the grandstands presented a unique challenge of their own, with a high density of lights in a small area.

The presentation also provides examples of bugs that Polyphony Digital encountered with their new lighting engine and how they fixed them, like weird reflections showing up on buildings at night.

There is probably more to be found in the document, but unless you’re 3D graphic artist proficient in Japanese, you might have a hard time digging it out. If that’s you, though, hit the comments below and let us know what you find!