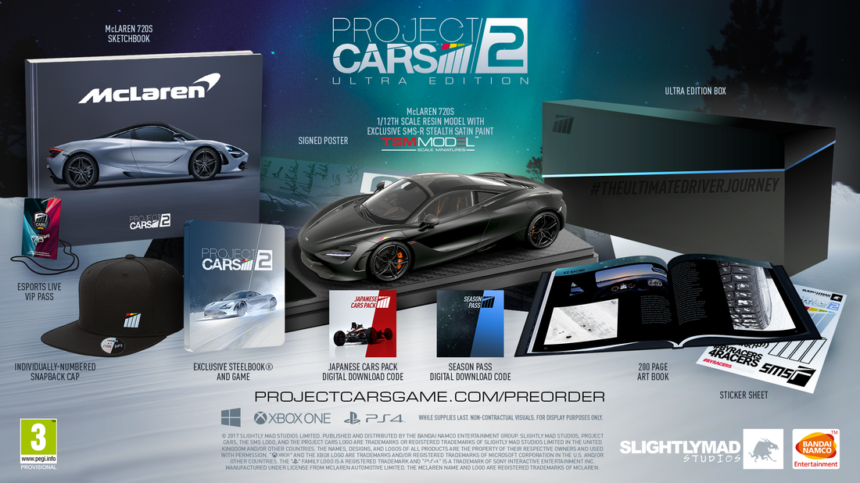 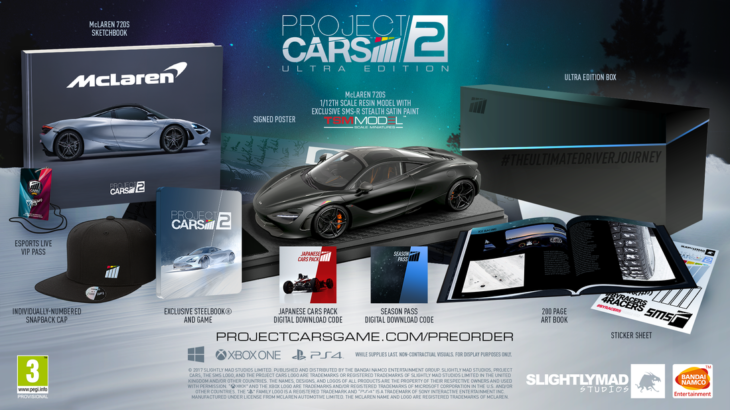 Slightly Mad Studios has unveiled the various pre-order editions of Project CARS 2, with three offerings for European customers that cover a wide spectrum of goodies — and price points. The available options include the Ultra, Collector’s, and Limited Editions.

If you thought the short video detailing the developer’s partnership with McLaren was a sign of things to come, gold star for you. The Woking-based supercar manufacturer takes pride of place in the pre-order packs. The headlining item is a 1:12 scale model of the new McLaren 720S, which will be making its video game debut in PCARS2. The Ultra Edition, which includes the resin model, will be limited to 1000 copies worldwide.

The Ultra Edition houses multiple other additions too, as you can see up top. The box includes two different books, a hat, a sticker sheet, and an “Esport Live VIP Pass”. We’ve known that organized events would be a focus of PCARS2 since Andy Tudor told us as much earlier this year, and the pass will afford holders certain perks at real-world PCARS2 esport events.

The announcement also confirms Slightly Mad’s post-release plan. Included within the Ultra and Collector’s Editions are the Japanese Cars and Motorsport Pack. Both packs include four vehicles each: the former is available across all three pre-order versions, while the latter is exclusive to Season Pass holders. 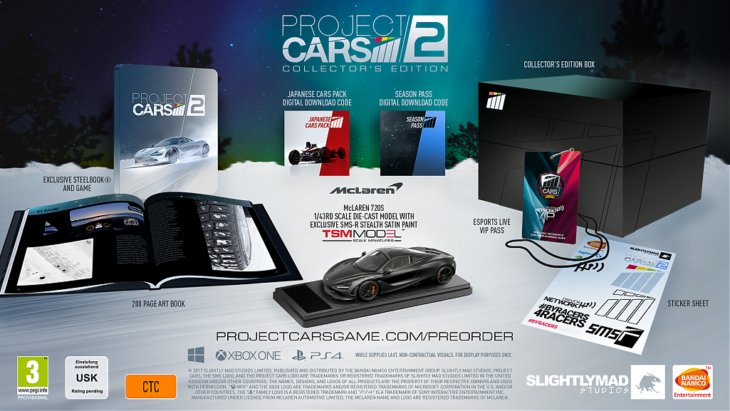 Lastly, the Limited Edition boasts the same price as the regular version of Project CARS 2. Players buying it can look forward to a Steelbook, a sticker set, and the Japanese Cars Pack.

Unfortunately, these special editions will only be available in Europe, but you can get your pre-orders in at the following official retail partners. As always, you can help support GTPlanet by pre-ordering through one of our affiliate links below:

With pre-orders now out in the wild, we expect a release date soon — we’re looking at you, E3…