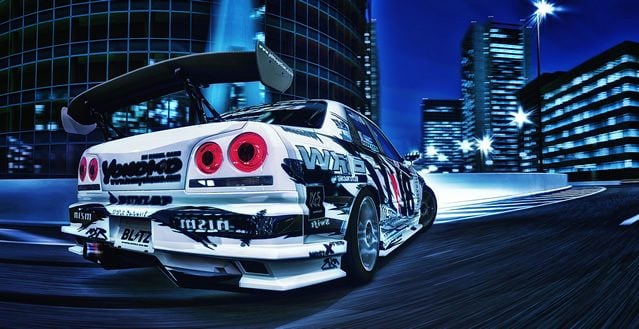 In the 7 months since Gran Turismo 5’s release, it’s never been officially suggested that additional downloadable content (“DLC”) would made available for the game – until now. While responding to a comment on the French PlayStation Blog, contributing Sony editor Guillaume Couturier shared an interesting bit of information (tip and human translation by bajwadu06):

“Polyphony has already started with the new update, DLC’s should follow.”

UPDATE: Since this article was posted, Guillaume’s comment has been edited to show much less confident language. It now reads, “Polyphony a commencé avec la nouvelle mise à jour, Il se pourrait que des DLC suivent, mais je n’ai aucune confirmation,” which translates to “Polyphony has started the new update, It might be that DLC will follow, but I have no confirmation.”

Considering the comment was made on June 16, he is presumably referring to GT5 v1.10, differentiating between the game’s “updates” and actual “DLC”. Curiously, his words come only a week after Sony manager Penrose Tackie made a similar, reassuring reply to another comment on the European PlayStation Blog:

“I appreciate the frustration with regards to DLC but keep checking back on the PlayStation Blog, there will be news in due course.”

While this could mean a number of different things, there is certainly no shortage of appropriate content for speculation. Over 25 unused track logos are still hidden on Polyphony Digital’s Gran Turismo 5 B-Spec Remote Racing website, and let’s not forget about that bizarre Red Bull blog post from January, which offers up tips on how to conquer the (obviously absent) Pike’s Peak International Hill Climb course within the game.

That said, as with all speculation in the world of Gran Turismo, be careful not to set your expectations too high. Regardless, these comments are notable and encouraging.