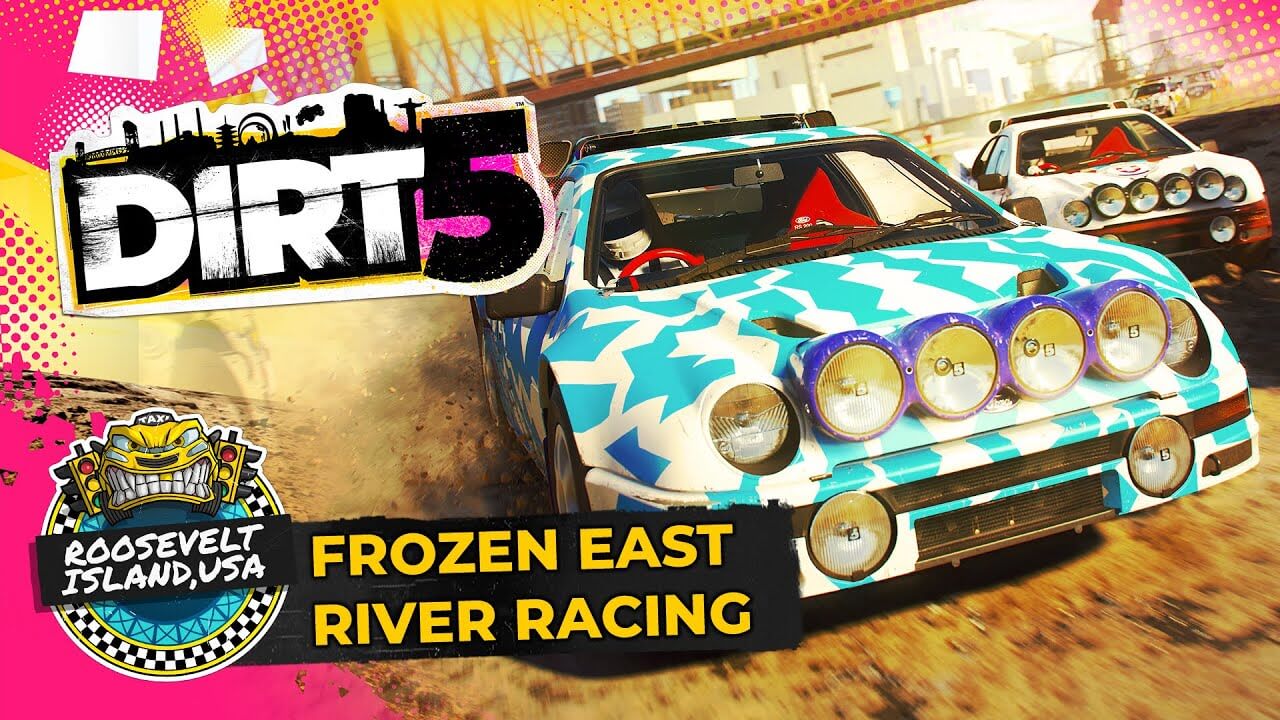 If you’re still reeling a little from the bad news that DIRT 5 will be delayed by around three weeks, here’s something to cheer you up. The newest clip from Codemasters shows off some frozen circuit shenanigans with some of the most iconic rally cars going.

This video features the Ice Breaker event type we saw last month, but instead of the time trial mode it’s a full-on race. It’s also a chance to see the New York location, with the cars racing on a circuit laid out on the frozen East River, beneath the city’s Queensboro Bridge.

We also get to look at another one of the car classes for the first time. DIRT 5‘s 80s Rally class features some of the most famous cars ever to take to the rally stage, but also the most dangerous. Group B featured some overpowered supercar monsters that eventually proved so fast and loose that the sport’s governing body all-but banned them.

The clip features two of the best-loved Group Bs: the Ford RS200, and Peugeot 205 T16. Technically it actually features four cars — as it’s a four-car race — but two of them are the RS200, and we never see what the curiously named “G. Mangano” is driving, so we can’t say for sure what the other car is.

Naturally the compact nature of the circuit and the very slippery surface leads to plenty of contact:

As noted above, Codemasters has delayed DIRT 5 by around three weeks. This means it will now launch on November 6 for PlayStation 4, Xbox One, and PC, with three days’ early access for digital Amplified Edition buyers.