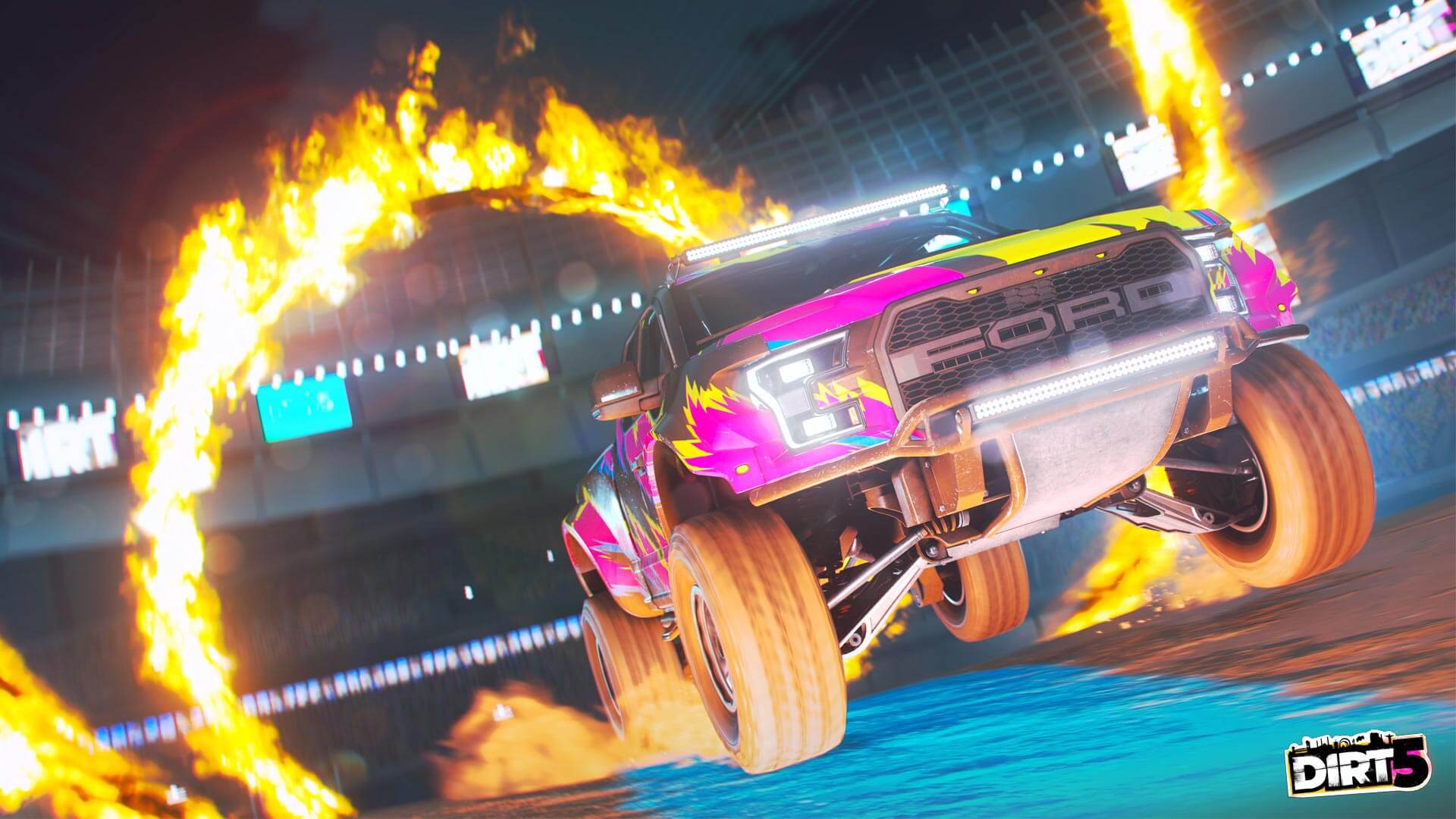 Update: Following Microsoft’s announcement of the Xbox Series S and Series X launch date of November 10, Codemasters has confirmed that DIRT 5 will now be a day one launch title on these consoles. We await news on the PS5 version.

If you were looking forward to the launch of DIRT 5, you’re going to have to put that enthusiasm on hold for a little while. Codemasters has put the launch date back by three weeks, to November 6.

It’s actually the second time this summer that DIRT 5 has been held at the lights. When originally announced, the game had an official street date of October 9. During August, Codemasters pushed that back a week to October 16, and now the date has slipped again.

News: DIRT 5 will now launch on November 6 for Xbox One, PS4 and PC. #XboxSeriesX and #PS5 versions still launching later this year.

Our road trip just got a little bit longer. Thank you for being part of the journey with us. 🖐️ ❤️ pic.twitter.com/p5c8MDUfKo

This second delay appears to be simply a matter of logistics. With next-gen consoles all set to launch in November, Koch Media, which is the game’s distributor for physical copies, simply wants to be able to deliver as many day one discs of all versions as possible in a short time frame.

The date is of particular note, as it suggests that at least one of the next-gen machines — if not both — will arrive on or around November 6. Neither console manufacturer has yet revealed a specific time for its new platform, leaving only the windows of “Holiday 2020” and, more recently, “November” in the case of the Xbox Series X.

As for DIRT 5, it arrives on PlayStation 4, Xbox One, and PC on November 6. Digital-only Amplified Edition buyers will get three days’ early access too. Players who pick up the current-gen console edition are entitled to a free upgrade to next-gen on both console families. That will add a 120fps option on both PS5 and XSX, and rapid loading via the new SSD in both consoles.

While Codemasters has already revealed DIRT 5’s big, new-to-series feature — the arena course creator “Playgrounds” mode — there’s still more news to come from DIRT 5, including a final car list. Watch this space for all the latest!

Andrew Evans · Sep 7, 2020· Comments
Rally racing title DIRT 5 will be among the free games available to PlayStation Plus subscribers in January 2022.

Andrew Evans · Sep 7, 2020· 1 Comment
The latest update for DIRT 5 arrives today across PC, PlayStation, and Xbox platforms, bringing some new free content as well as a further DLC pack by the name of “Wild Spirits”.

Andrew Evans · Sep 7, 2020· 4 Comments
The next update to DIRT 5 is just around the corner, and the team at Codemasters is describing it as the game’s “biggest ever”. There’s certainly a slew of new content — some free to all users, some paid — arriving when the update lands on July 20.

Andrew Evans · Sep 7, 2020· Comments
A new update is coming to DIRT 5 this week, bringing new features and new content to all players, including cross-platform play

Andrew Evans · Sep 7, 2020· Comments
If you’re after a fun diversion over this long Easter weekend, Codemasters has a nice little gift lined up for you. From now through to April 5, DIRT 5 is free for everyone on PlayStation 4.

Andrew Evans · Sep 7, 2020· Comments
A new major update is coming for DIRT 5 next week, bringing with it some more content for everyone as well as a DLC pack that’s a blast from the series’ past.

Andrew Evans · Sep 7, 2020· Comments
There’s a new update coming for DIRT 5 next week, bringing along the latest paid DLC pack and some new content for all players to enjoy for free.

Andrew Evans · Sep 7, 2020· Comments
Since DIRT 5 launched in November, things have been a little quiet on the post-launch goodies front. Although Codemasters has been hard at work fixing some of the game’s issues, and adding wheel support, there hasn’t really been any new stuff since day one — festive themed “Snow Limits” pack aside.