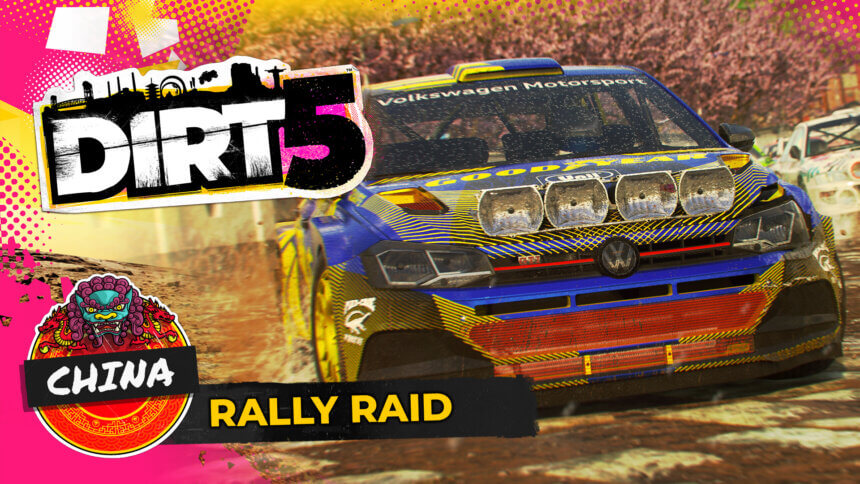 There’s five weeks to go until DIRT 5 launches on current-gen consoles and PC, and the content reveal keeps on coming. We’ve seen several clips of the game over the last few weeks, and today we get a glimpse of another.

This week’s video focuses on a vehicle class that we’ve not yet seen, taking part in an event type we’ve also not seen to date — and a new one of the game’s ten locations. The clip takes us to China, and what looks like the Stone Forest in Shilin, Yunnan Province. There, we see four modern rally cars tackling a Rally Raid, point-to-point event through the rock formations.

The cars in the clip are all contemporary machines. We see the Citroen C3, the Ford Fiesta, and the Volkswagen Polo, all in R5 specification. This is the class which competes in the present-day WRC2 and WRC3 competitions, and all cars use a small, 1.6-liter turbocharged engine, driving all four wheels.

Codemasters has been keeping fans pretty well-informed about DIRT 5 since it was first revealed in May. As well as all of the myriad car classes, event types, and locations, we’ve heard about the game’s underlying plot with a star-studded voice cast.

In addition to the new arena-based course creator mode called Playgrounds — which we’ve had a chance to try out — and the Vampire multiplayer game mode, we’ve also seen the extremes of the dynamic weather system in action.

While it might seem like we’ve seen pretty much everything the game has to offer at this point, there’s still some more details to come. That includes the full car list and a more thorough exploration of the multiplayer and online modes. DIRT 5 will launch on November 6 for current-gen consoles and PC, November 10 for Xbox Series X/S, and an as-yet unspecified date for PlayStation 5. A Google Stadia version is to follow in 2021.