Update 1.25 is now available to download for Driveclub. Weighing in at 400MB the update introduces the Mercedes-AMG S 65 Coupé and the KTM 1290 Super Duke R as new accolade rewards, a new easy difficulty setting for all tour events, new options for private lobbies, and more based on the continuous feedback from the community.

Update 1.25 arrives in preparation of the newly announced AMG Expansion Pack, which will be made available on December 15th and will include the 2016 Mercedes-AMG GT3, 11 new events and 3 Trophies. 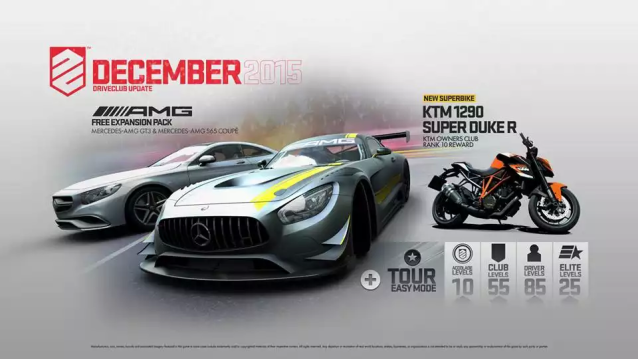 Remember to stop by our Driveclub forum for more discussion and in-depth discussion.