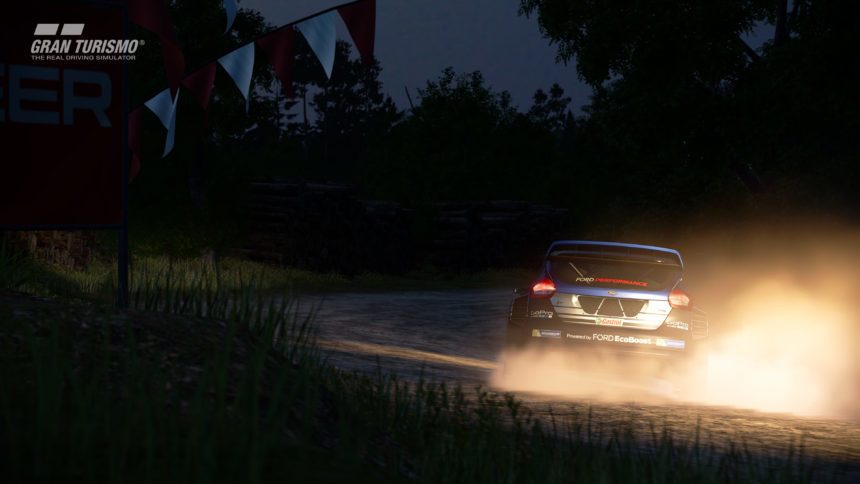 A Dynamic Look at GT Sport’s Time of Day Settings

A fan-created video has given us a comprehensive overview of all of GT Sport’s various time of day settings.

Although GT Sport will omit dynamic time of day and weather, players can still choose between preset options. Races can take place at morning, noon, and night but time won’t advance. After the PS3-era titles included this feature, it was hard for some fans to take.

Nonetheless, GT Sport will offer much needed consistency for the series, and the time of day options Polyphony has included are looking mighty impressive. Enter this unique video uploaded to YouTube that catalogues the options available in-game.

The four minute video explores the various times of day possible on a selection of circuits. The “Virtual Time Transition” uses shots of specific tracks delivering a very slick look at GT Sport‘s atmospheric settings. At first glance, we’d forgive you for thinking this was actually official content from Polyphony Digital.

Earlier this week, we got a look at night racing in action. As expected, the GT lighting engine shines in this environment, but it’s a shame we won’t see real time cycles. At least this video shows what could have been had PD went down this route.

When it comes to time of day and weather features in the genre, there is some tough competition. Project CARS 2‘s LiveTrack 3.0 looks to be the market leader with time, weather, and even seasons. Meanwhile, Turn 10 is making progress on the Forza side of the fence. Although GT has had to take a step backward, there’s still the chance to offer a consistently impressive experience. It’s hard to argue with Polyphony’s visual results: the game looks fantastic in motion.

GT Sport is just under two months from release and the marketing is picking up pace. A new console bundle has been announced this week and gaming channels are releasing new gamplay on a regular basis. Hopefully on the run up to release, we’ll get a more in-depth look at the various times of day on every GT Sport track.

Gran Turismo 7 154 Oct 21 by Andrew Evans
The great debate over Gran Turismo 7‘s potential launch date has taken yet another twist today, courtesy of a teaser posted on the official Gran Turismo Facebook account. Long-rumored to…

Gran Turismo Sport 525 Oct 19 by Andrew Evans
After a few complicated races in recent weeks, this week’s new set of GT Sport Daily Races is a return to simpler times. It’s a case of picking how fast…

Gran Turismo Sport 525 Oct 12 by Andrew Evans
A new set of GT Sport Daily Races starts today, with something of a focus on cars with the engine in the middle. There’s three races as usual, with two…

Gran Turismo Sport 19 Oct 9 by Andrew Evans
Although we feared it may not happen at all, thanks to the massive shake-up in the 2020 calendar, the Gran Turismo Sport FIA Online Championship will reach a conclusion and…

Gran Turismo Sport 258 Oct 8 by Andrew Evans
There’s another set of new Time Trials starting in GT Sport, and taking us through the next two weeks. After some recent outings on dirt roads, it’s a return to…