Techlet
How exactly do you get tuning parts returned to you if the car is gone from your garage?
Click to expand... 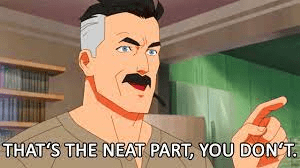 Road Atlanta is a fantastic circuit, but wow does it truly come alive in an LMP/Gr.1. In the high speed/downforce configuration it flows beautifully, especially through T1 all the way to the end of the esses.

Finally finished the Gr.1 30m race there. The event itself is complete BS as per Gran Turismo bread and butter (30s lead to overcome in a 30m race, amazing). But playing the event a few times let me really enjoy the track and get better at it each time. Road Atlanta was maybe even my (surprise) favourite track from Forza 6 (first Forza I fully played), but it's great to experience again in GT. A joy to drive and a solid follow-up to Watkins Glen. Really hope Grand Valley is next though.
Last edited: Nov 24, 2022

one is modified obviously..

It's probably due to game updates, when a game update alters a cars PP rating the rating doesn't change in your garage until you get into the car. So what's probably happened is you've acquired one before and one after an update or more that has altered the PP ratings giving them different PP ratings. If you didn't get in the older of the two (or both) then the PP rating of the older one will never have updated to the newer PP rating.

This would then suggest that the cars PP rating plays a part in calcualting it's appraisal value. This may be how the game clacualtes the tuning value. If you click on both to see the papraisal, does one have a higher "Body Value" or do they have the same "Body Value" but one has a "Tuning Value"?

Grimm6Jack
-The amount of clicking and scrolling you have to do to sell a car is bad. You should have an option to write in a tab the name of the car and select it right away to sell it instead of scrolling down. But since this is the same as the garage and has been since launch, it's to be expected, doesn't mean it isn't disappointing.
Click to expand...

I think that typing out a car's name would be even more annoying. They'd just need to give us an option where we can condense all cars from a certain Manufacturer into a single folder, just like in the garage. That would drastically reduce the amount of scrolling necessary. In the meantime it's worth pointing out that you can scroll a lot faster using the right analog stick instead of the left stick/d-pad.

Grimm6Jack
And for the 114 NSX Gr.B cars I have, while it will take 114 days to sell all of them, this at least guarantees a 100k credit gain by basically doing nothing, which is a lot more than your average roulette prize.
Click to expand...

I'm not sure it's a guaranteed 100k each day. Prices will be fluctuating depending on "market trends", which could mean that the NSX Gr.B's price might be dumping very soon. Again, that depends on how many people exploited that glitch and keep selling the car every day.

slthree
I am struggling terribly on Spa with the Lexus.

What car do you use and what tires do you start with and when do you switch to the intermediates?
Click to expand...

There is no specific strategy you can follow for that race as the weather will always be different. I started on Mediums and went into the pits as soon as it started raining. I didn't fare too well with Intermediates as they tend to aquaplane even when in their "ideal" range in the middle of the surface water level indicator. So I went with the Wet tyres which were surprisingly managable. The rain stopped pretty late into the race, so when the surface water level went down to the lower third in lap 8, I switched to Softs and from there went on to win the race.

In my experience the AI always stays out too long on the wrong tyres and therefore loses a lot of time while creeping towards the pits for like half a lap, so if you're not sure when to pit, whatever you do, don't follow their example. This is actually the one biggest factor you can take advantage of to win the race. I used the Lexus too, though I later noticed that it's the car with the lowest PP among the selection. So if you're struggling it might be a good idea to use one of the higher rated cars.

I’m pretty bad on the first part. I might as well be mowing the grass. Too aggressive I guess. Maybe the tracks not straight enough for my skill set.

slthree
I am struggling terribly on Spa with the Lexus.

What car do you use and what tires do you start with and when do you switch to the intermediates?
Click to expand...

I start on soft, 2 laps then intermediate and refuel, after that stop it's fuel mix 4 the last laps is mix 1 i think.

Most other cars need 2 stops and have at least half a lap with slicks and a wet track.
B

This update is a great first step in the right direction! Sold my scirocco stack and all the other gift cars today. Went from 2.4 mil to 8.9!

Lets hope they keep the fixing up.

GTFan24
I come with a public announcement...

Gt7 must have some really good filters.

Techlet
How exactly do you get tuning parts returned to you if the car is gone from your garage?
Click to expand...

You don't really get anything back, I was confused by this as well; I figured id burn some overstock and sacrificed some extra ultra turbo re rx7's. Also tried with a S cam crown, with no "return parts" in the tuing section, still had 3 s cams, and 4 ultras for the re rx7.

Wheels spoilers paint etc. You dont have a physical inventory for anyway- why they tease you with the phrase" will be returned to you" is 🤬

There must be a lore reason for this. 😂 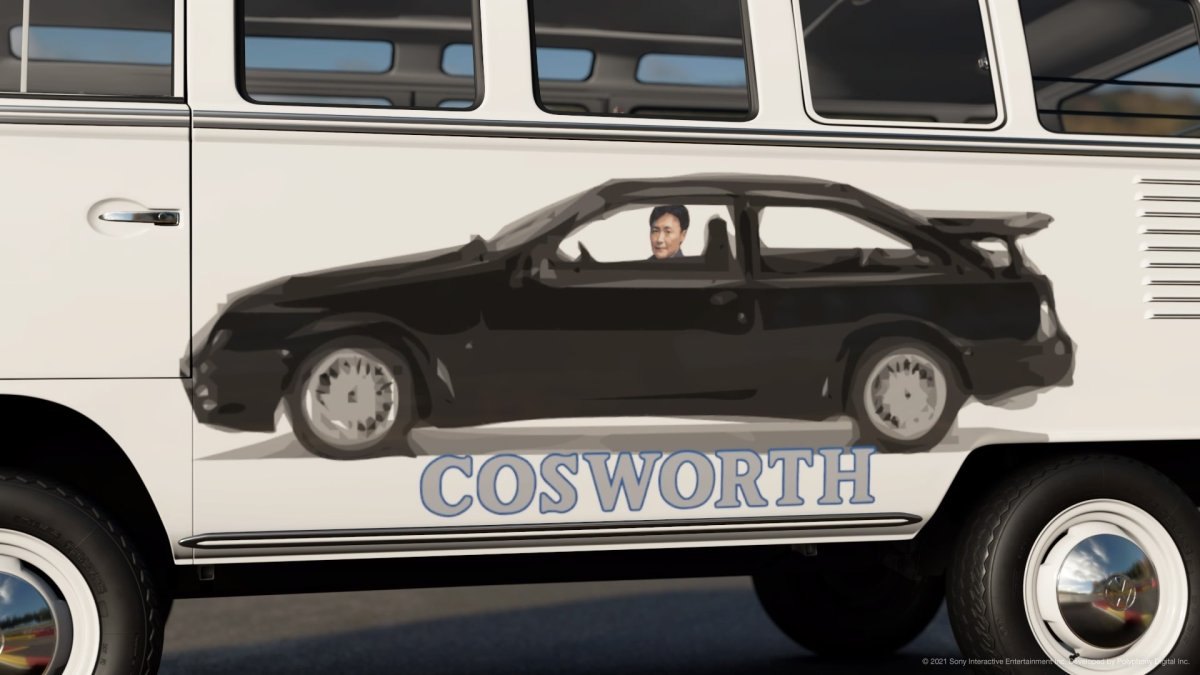 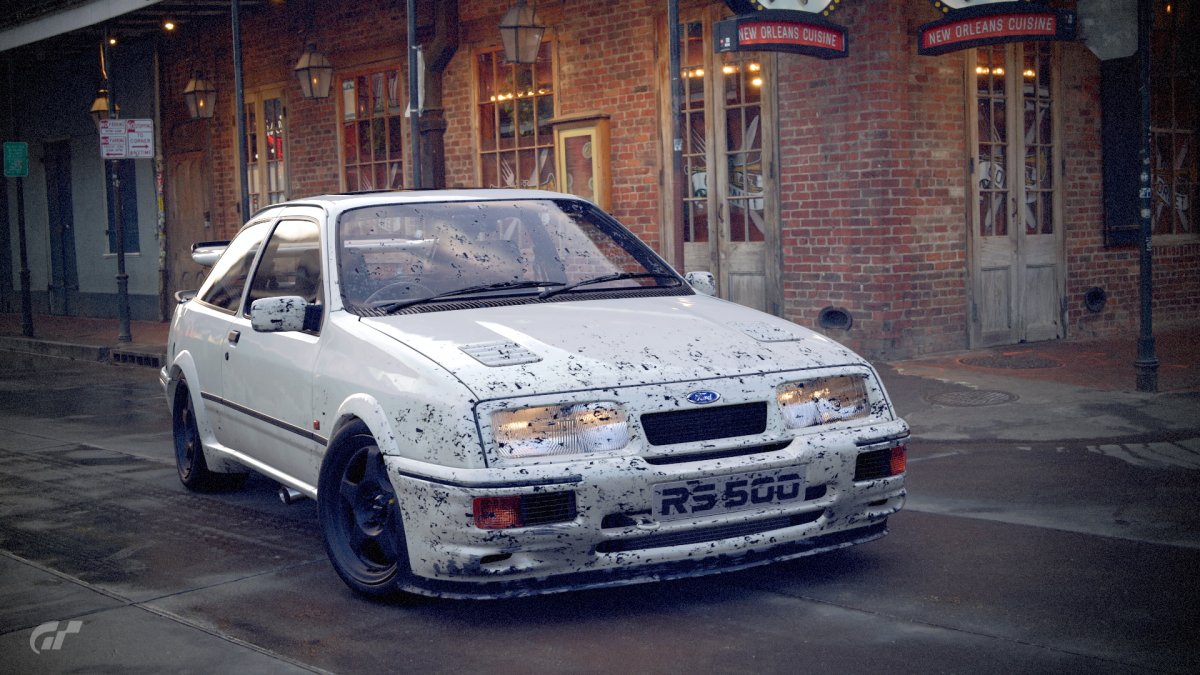 lqpl
Wheels spoilers paint etc. You dont have a physical inventory for anyway- why they tease you with the phrase" will be returned to you" is 🤬
Click to expand...

Yeah since wheels and paints are a one time purchase and can be used on any compatible car in your garage. Custom parts are tied to the individual car so once you sell the car, they're just...gone anyway.

It's all worded very strangely.

The black Sierra looks very dark blue in this game.

By the time I finish selling all my 743 NSX Gr.B's, they will probably be worth a wash in GT Auto. 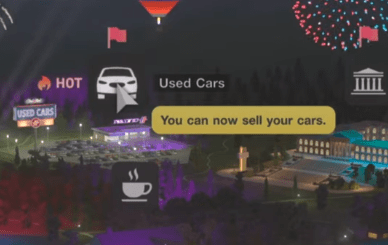 So you can only sell each model once a day, but then you can discard the other duplicates if you want. Noice! Hasta La Vista Copens!

Whatever, they're still giving useless limitations like selling only 1 car variation per day. Why they really want for the players to keep multiple cars? Half-hearted ass addition.

And the "realistic crap" of the fluctuating price, they really want to suck up profits as they can from our car selling 💩
Last edited: Nov 25, 2022

Chikane_GTR
Man everyone so happy about selling cars and yet I don't have 1 car to sell.

And I just cant bring myself to selling any of the once I have not even the vgt cars that I got from tickets.

Attention to all of you who are feeling left out and would like to get on the "Happy Train" of selling cars. Do what I do, sell all the cars in your garage and buy them back again. That's right, sell all your cars and re-purchase them. Just do a rinse and repeat and you will stay happy forever and ever.

I am having so much fun selling cars that I no longer value racing anymore. 🤣

Did you say Baker on purpose? 🤔

TumeK5
Did you say Baker on purpose? 🤔
Click to expand...

too many Baked Tours methinks....

Hey did they nerfed the bonus payout? Two races that I used to grind are paying me exactly the number quoted with no bonus 🤔🤔🤔

MrSitar
Hey did they nerfed the bonus payout? Two races that I used to grind are paying me exactly the number quoted with no bonus 🤔🤔🤔
Click to expand...

I knew there was a downside to this update 😒

Okay. So that means Spa is the only race to earn the most in one hour. Not average time. Just one hour.

05XR8
Okay. So that means Spa is the only race to earn the most in one hour. Not average time. Just one hour.
Click to expand...

MrSitar
Hey did they nerfed the bonus payout? Two races that I used to grind are paying me exactly the number quoted with no bonus 🤔🤔🤔
Click to expand...

Which race are those ? I know Tokyo got nerfed.

GTboyz
Which race are those ? I know Tokyo got nerfed.
Click to expand...

Thought someone just posted Tokyo only pays the 485k.