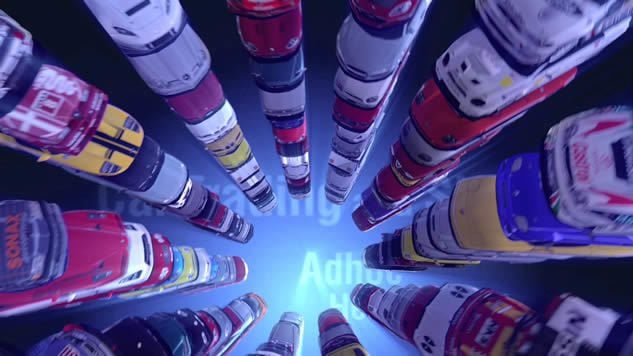 Since the big announcement at Sony’s E3 press conference, two things have happened: lots of journalists got their hands on the demo at the show, and Kazunori Yamauchi has released more tidbits of information in a flurry of interviews.  It’s difficult to keep up with everything, and all the excitement around the Gran Turismo 5 trailer hasn’t helped, but we should be able to clear up a lot of the confusion by aggregating the pieces of the puzzle right here.  Keep reading to find out what we know, what we don’t know, and what everyone else actually thinks about this long-anticipated title…

Gran Turismo PSP will be released alongside the new “PSP Go” hardware on October 1, 2009.  The PSP Go, as you may be aware, does not contain the traditional UMD media slot that we’re familiar with from the original PSP.  Therefore, GT PSP will be available for download over the internet via the PSP’s online store, directly from Sony (something which we picked up on back in April).  According to Kazunori Yamauchi, Polyphony Digital expects the game to be around 1GB in size (the PSP Go will contain 16GB of internal memory).  For those who do not wish to upgrade to the PSP Go, the game will still be sold in UMD disc format.  GT PSP will, incredibly, run in a full 60 frames-per-second on the small screen. 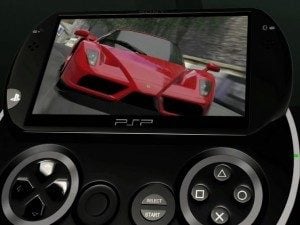 The Gran Turismo PSP car list will contain over 800 different vehicles, as was mentioned in the press conference.  While the official list has not been released just yet, we got a pretty good glimpse of what’s available in the trailer – the most exciting of which is the Ferrari Enzo.  Naturally, since it’s appearing in a GT game that will pre-date Gran Turismo 5, it dramatically increases the chances that it will be appearing in the “big game”.

However, we can confirm these 12 tracks were playable in the E3 demo – the most notable of which is the Nurburgring Nordschleife:

GT PSP will be the first game in the series to focus only on driving missions and tasks, instead of the “open” path to game completion which you may be used to.  Yamauchi expanded on this decision in an interview, citing the fact that players will be playing this portable game in many different environments, and a more obvious sense of direction is necessary. 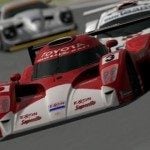 Of course, the mobile environment also creates new, social possibilities – you’ll be able to meet up with other players to swap and trade cars, wirelessly.  For players looking to acquire the rare cars in the game, this may in fact be the only way to attain them, according to statements by Yamauchi.  The social aspect isn’t just about trading cars, though – up to four players will be able to compete wirelessly via the PSP’s ad-hoc WiFi mode.

Many interviewers have inquired about the possibility of new content being made available for download after the games release (“DLC”), but Yamauchi has said that will not be an option.  Tuning options and settings which affect the handling of the car will also be very limited compared to what we’ve seen in Gran Turismo 4.

“As far as game play goes, this is Gran Turismo as you’ve known it since its beginnings, and no major changes have to the control scheme in this version. I found myself missing the analog trigger as the gas pedal, and a second analog stick would have been nice for a gas/brake combo, but I had no problem racing with the good ol’ buttons either.” 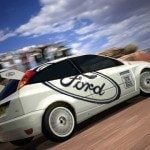 “It’s totally awesome — for fans of Gran Turismo. The team at Polyphony have done an amazing job replicating the Gran Turismo look and feel on the PSP — it’s the best looking handheld racing game out there, and it plays very well — but it’s also very much a “Gran Turismo” game. By that I mean it’s not only a sim, but it also favors attention to realism over playability. Fans of the series or sim racing games in general are going to love it, but others may find it, well, a tad slow. The controls feel tight, but will no doubt benefit from the PSP Go’s much improved analog nub.”

“I played Gran Turismo on a PSP Go, and the bright widescreen display showed off the game’s visual prowess. Running at a sleek 60 frames per second — the holy framerate for precision racers — Gran Turismo cruises along like a guided missile. Visually, I’d place Gran Turismo on the PSP very close to Gran Turismo 4 on the PS2. It looks crisp and colorful, with bold racetrack backdrops and a cinematic look.”

See our gallery for the only collection of shots released by Polyphony Digital.  If you want to see how the game really looks, though, check out these videos…

As you’ve probably heard by now, Sony has just announced the true successor to the PSP. Code-named the “NGP” (Next Generation Portable), it features some impressive hardware specs and the titles announced so far look great. Popular games such as Uncharted, Killzone, and Call of Duty were all confirmed to arrive on the NGP when it’s released at the end of this year, but one special franchise was nowhere to be found this time: Gran Turismo...

Sony hosted a small group of media at their Benelux headquarters in Amsterdam, yesterday, and our own Blitz187 was on hand to catch any and all new tidbits of information that might emerge (this event took place before the delay was officially confirmed). As usual, Sony was extremely tight-lipped about the game’s details and did not use the event to reveal any major new features...

Polyphony Digital has updated their sales figures for the Gran Turismo franchise, and the company’s latest title, GT PSP is now on the list. In the three months since its release on October 1st, 2009, it has sold more than 1.8 million copies around the world, making it the sixth-best selling title on Sony’s portable console...

Remember the “Ultimate Gran Turismo Fan” contest Sony held back in November? They set out out to find the most dedicated fans of the series, and this past Friday, the winners were finally announced. First place went to Michael Blevins of Colorado, who started dirt track racing after years of playing GT, and second went to Samuel Sligh III, a passionate Ferrari fan from North Carolina. For their dedication to the series, they’ve been awarded the two very sweet racing suits and helmets worn by Rhys Millen and Tanner Foust in the GT PSP commercial filmed at Laguna Seca...