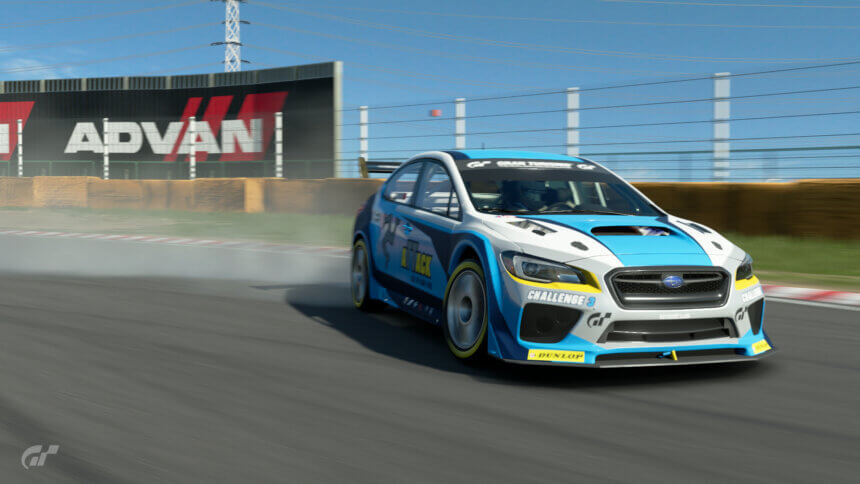 There’s another set of new Time Trials starting in GT Sport, and taking us through the next two weeks. After some recent outings on dirt roads, it’s a return to two paved-surface events for the new set of trials, and a couple of very high performance motors to get to grips with.

For the fixed-setting event this time, we’re actually returning to the last set’s venue. While you had to recreate the Nurburgring 24 Hours last time out, with Gr.3 (GT3/GTE) cars at the 24h layout, it’s just the Nordschleife this time round — but you’ll be going a good deal faster.

The step up in speed comes from the car: the Super Formula Dallara SF19. You’ll be able to choose either of the two models — Honda engine or Toyota engine — but in either case there’s a lot of savage corners about to come at you, really quickly. The SF19 also makes use of an overboost feature, which we suspect would be best left for a little extra top end on the long Dottinger Hohe straight.

Those who like to tune their cars have an interesting combination to occupy their time this week too. That’s not down to the track, which is the short Tsukuba Circuit with its four braking zones, but the car: the Subaru Impreza Isle of Man Time Attack car.

In case you’re not familiar with this vehicle, it’s the Prodrive-prepared Scooby that Mark Higgins drove around the famous Snaefell Mountain Course in 2016. There, Higgins set an all-time lap record for four-wheel vehicles, at 17:49.75. It might not sound all that fast, but that’s an average speed of 126.971mph, on public roads, past people’s homes. The car came to GT Sport in Update 1.13, but we haven’t yet seen the Isle of Man course, despite many rumors.

Of course Tsukuba is a classic time attack circuit, and the Impreza is a record-setting time attack car, so it’s an appropriate combination. If you think you can do better than Prodrive, the settings are open for this time trial! Don’t forget to make full use of this car’s DRS function too, and get a button mapped if you haven’t already.

GT Sport‘s Time Trial mode is a global competition, ranking your best time against all players worldwide, rather than just those in your region as with other Sport Mode events. These two time trials will run through to October 22, when two further events will replace them. 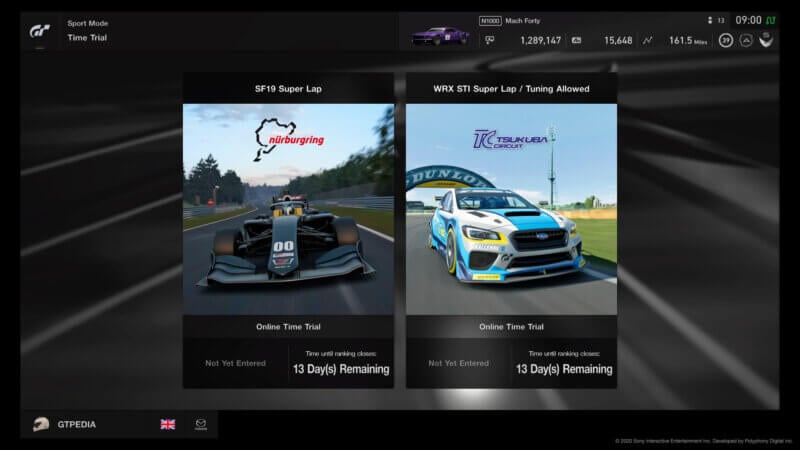 GT Sport Time Trial
267 Comments Discuss this post in our forums...
Test Your Badge Knowledge With Our Car Logo Quiz

Gran Turismo Sport 1013 Jan 18 by Andrew Evans
There’s a new set of GT Sport Daily Races this week, to tide us all over while we’re waiting for the next FIA season to start. The options are relatively…

Gran Turismo Sport 1013 Jan 11 by Andrew Evans
GT Sport fans have a new set of Daily Races to occupy them over the next seven days, with a couple of old favorites and combinations we’ve not seen in…

Gran Turismo Sport 1013 Dec 28, 2020 by Andrew Evans
The last set of GT Sport Daily Races for this year is heading to the real world, and taking players to some of the game’s destinations around the globe. Race…