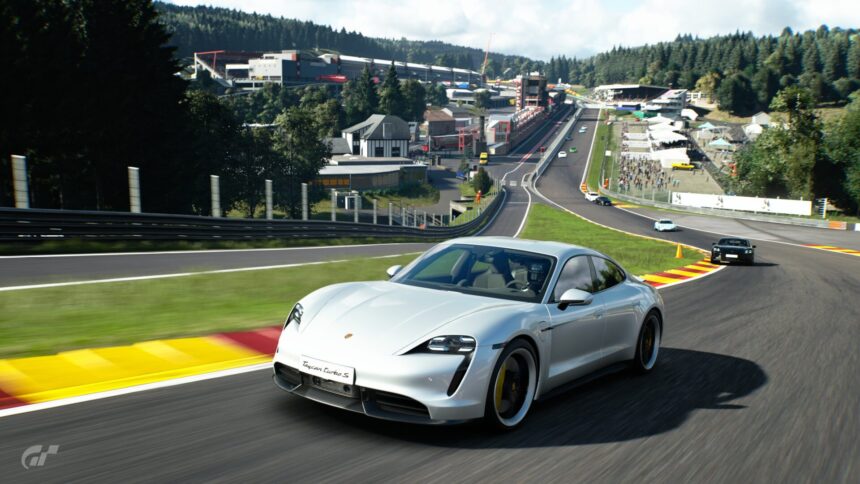 While everyone’s still digging into their early Christmas present of Circuit de Spa-Francorchamps, there’s another update on its way for GT Sport.

Both an in-game notification and a post on the official website reveal the update’s existence. It’s due to arrive Thursday, November 7, only a week after the previous update hit our consoles. The notice reads as follows:

Naturally, an update released so soon after a major content update is unlikely to also contain further content. Instead this seems likely to be a small patch for minor issues. One such update back in September existed almost solely to add proper support for the Thai language.

While we don’t know what this update might fix, there are a couple of more obvious glitches from the last update — both involving the Spa circuit. The first is the benign, and useful, rain bug which allows players to experience wet conditions on any circuit rather than just those Polyphony Digital has specifically updated. A more glaring bug affects how the penalty system applies to the Bus Stop Chicane at Spa, with underhanded players exploiting the issue to unfairly gain an advantage.

Previous corner-cut issues, at Goodwood and Willow Springs, have not required a full update, so this patch may not specifically address the issue. It’s likely that the PD team will take the opportunity to update Balance of Performance numbers though, ahead of the next stage of the Exhibition Series starting on Wednesday November 13.

Gran Turismo Sport 29 Jun 2 by Andrew Evans
It’s not quite two weeks since our last game update to Gran Turismo Sport arrived, but there’s already another one on its way. An announcement on the official GT Sport…

Gran Turismo Sport 2351 Jun 1 by Andrew Evans
The second stage of GT Sport’s radically altered 2020 FIA Online Championship gets underway this week, with another block of ten races in each of the two series. Normally, each…

Gran Turismo Sport 366 Jun 1 by Andrew Evans
The calendar has clicked over to June, and coincidentally it marks the start of another new week. That means there’s a new set of three GT Sport Daily Races to…

Gran Turismo Sport 366 May 25 by Andrew Evans
It’s another new week, and that means a new set of three GT Sport Daily Races. There’s a little something familiar for players this week, but also something a lot…