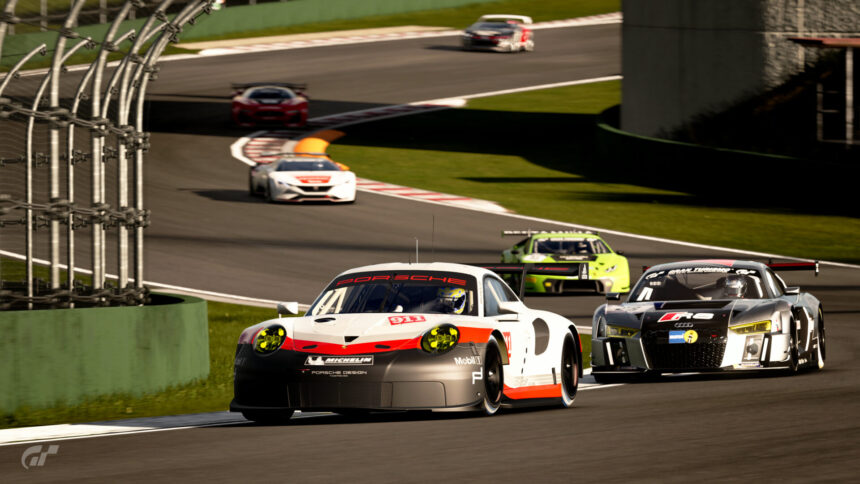 The latest game update for GT Sport has arrived and, as expected, it’s all about housekeeping.

After a content update towards the end of May, it was unlikely that another would follow so quickly, and so it has proven. The 1.60 update weighs in at 324.5MB — enough to make changes, but not enough to fetch more goodies.

For the most part, the update concerns a couple of glitches with the recently introduced Mazda RX-Vision GT3 race car. First was a livery editor bug, which gave a region of the car’s hood some unusual properties that were difficult to work with. Slightly more esoteric was a hiccup with the RXV’s oval-specific Balance of Performance. Players noticed that this seemed to give the car the engine from the Porsche 911 RSR, instead of the quad-rotor it should have.

The second goal mentioned in the patch notes regards car-to-car contact in online races. Specifically, the update has reduced the amount of “shock” — how cars react to a contact — that players experience in collisions. This should make such contacts more inelastic, as they are in the real world, though this only applies to Sport Mode races.

There is likely to be a number of other undocumented changes too, such as the surprise removal of TAG Heuer branding in the last update. These will appear on our forums as GTPlanet users pick up on them.

While 2020’s game updates to GT Sport are to be “more modest”, there’s still a handful of confirmed vehicles yet to arrive. This includes the Lamborghini Vision GT, which was originally slated for “Spring 2020”, suggesting it will arrive within the next two weeks. There’s also a Porsche Vision GT, and a car based on the Porsche 917 Living Legend concept — which we may have already seen outside the game — due this year.

Gran Turismo Sport 517 Sep 21 by Andrew Evans
You’ll get a rare chance to test out your oval racing skills in this week’s GT Sport Daily Races, with a new set of three events. Our headline event comes…

Gran Turismo Sport 517 Sep 14 by Andrew Evans
This week’s GT Sport Daily Races, have an unusual twist with two events where the car is provided to you — and in both cases it’s a pick and mix,…

Gran Turismo Sport 517 Sep 7 by Andrew Evans
There’s no taking things slowly in this week’s GT Sport Daily Races, as all three events put you in race cars. Race A sees a return of the front-wheel drive…