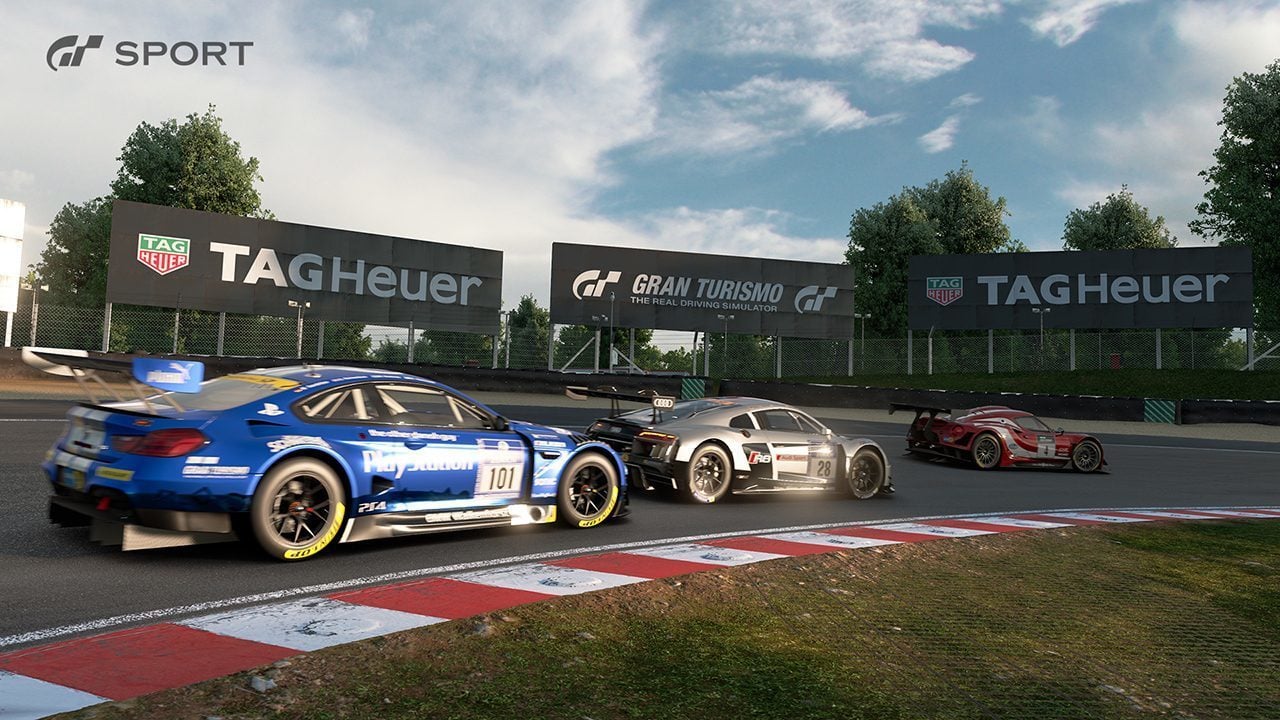 In addition to fairly obvious branding throughout the game, TAG Heuer provided prizes at the official FIA Online Championship World Tour events. All players who achieved a podium finish at any World Tour received a TAG Heuer watch in addition to crystal trophies. The watchmaker even created a GT Sport smart watch, the Connected Modular 45.

However, this partnership appears to now be at an end. The latest update to GT Sport, v1.59, has removed almost all traces of TAG Heuer branding from the game. 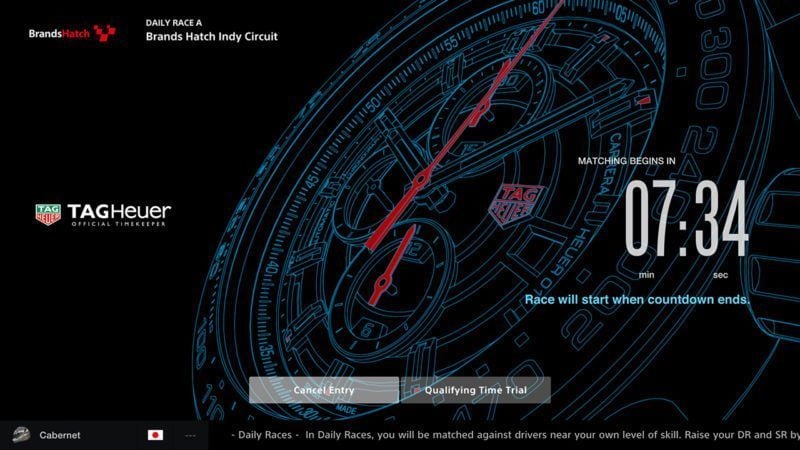 Before the update, the TAG Heuer name appeared in multiple places. There was a section within Brand Central dedicated to the Helvetian horology brand, complete with its own museum section. Results pages for time trials and races bore the famous logo. Most notably, a neat animated watch — naturally bearing the correct time — would greet players as they waited for Daily Race events to get underway.

As of v1.59, this has all gone, with a sweeping blue line animation replacing the watch and Gran Turismo branding — or nothing at all — covering where TAG Heuer used to be. Only two traces remain, with some trackside advertisements, notably at Tokyo Expressway, and the presence of a selection of logo decals in the livery editor.

This also brings question marks about the future of the World Tour events. We already know that, thanks to the unusual circumstances of 2020, this year’s schedule is all-but cancelled. However, the loss of a major sponsor is a blow to any plans to hold any kind of finals events once the world returns to normal.

We’ve approached TAG Heuer for comment, and will update this story with more information as we get it.

Update: TAG Heuer has confirmed to us that it has not renewed its partnership with Gran Turismo “as we are consolidating our assets and focusing our E-Sport racing activities on our partnership with Porsche moving forward.”