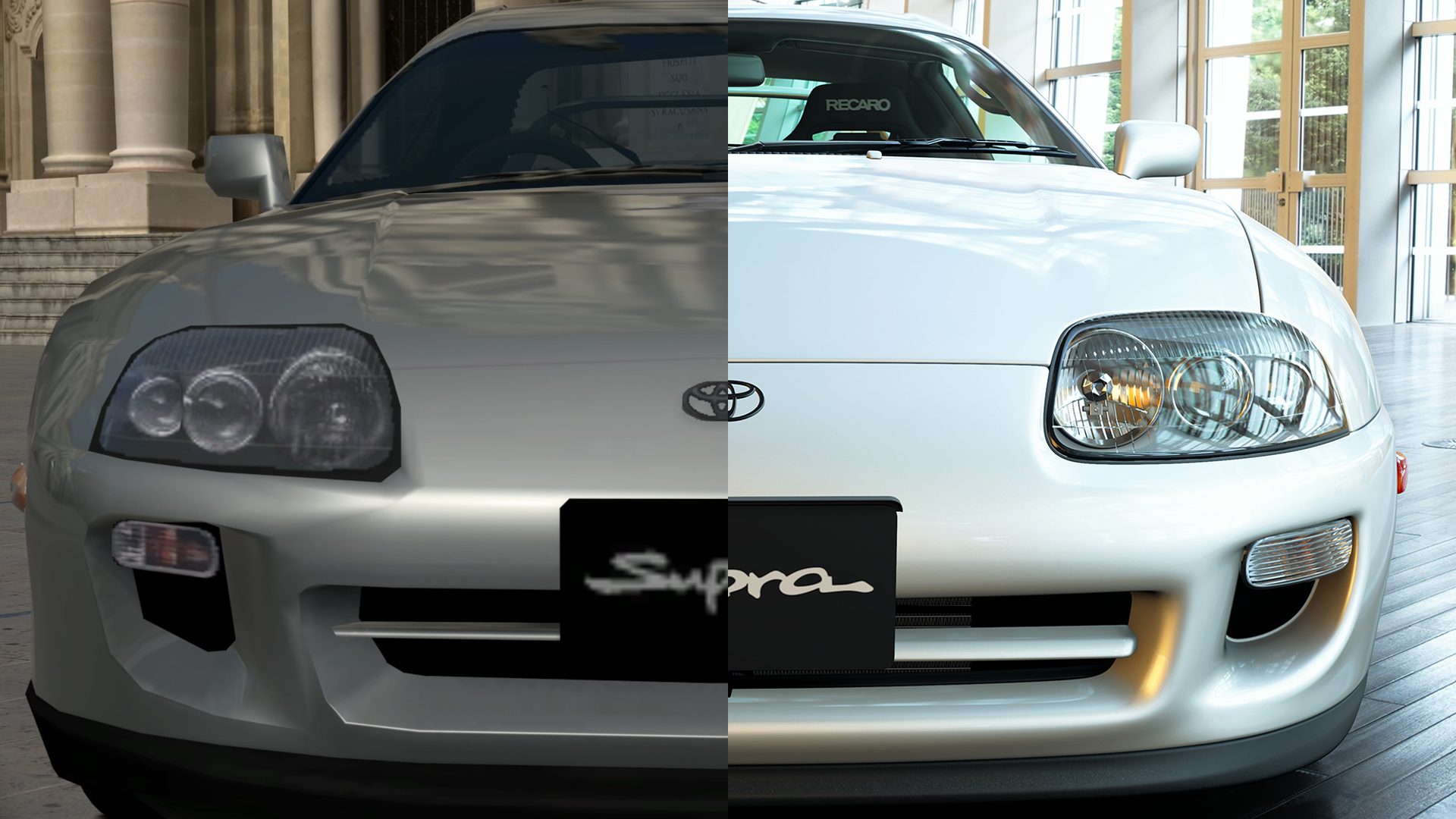 If you’ve been living under a particularly large rock lately, you may have missed Polyphony Digital adding 10 new cars to GT Sport last week. They’re all familiar cars from the days of GT6, but one has enjoyed a more substantial facelift than the others.

We’re referring, of course, to the Toyota Supra RZ. We’ve talked about it plenty already: it’s GTPlanet’s second most-requested car after all. We drove it too. Now, thanks to community member emula, we can take a closer look at the car’s visual evolution.

Polyphony infamously kept the Supra RZ as a Standard car throughout the PS3 era. It was an odd decision to say the least, as one of the only 276hp JDM icons from the first game to not get the Premium treatment. But as you can see above, the wait has been worth it. The Supra, simply put, is a car visually transformed.

In our last GT Sport vs GT6 comparison, we looked at the iconic Shelby Cobra. The updates there were slight, as the car was already a Premium last generation. The Supra’s Standard model roots make it a much older creation: its life begun as early as 2000 in preparation for GT3: A-Spec.

Back then, car models were comprised of roughly 4,000 polygons. Car shut lines were textured, not modelled. The same was usually true of headlights and taillights as well. There was no interior, just some rough shapes resembling a wheel and seats.

Considering the entire GT6 Supra was crafted from the same number of polygons that probably went into just one wheel on the GT Sport car, it’s an impressive feat. But as the saying goes, the devil’s in the details. Just look at those headlights:

The Supra headlight on the left looks almost cut out in comparison. The foglight housing also looks cleaner and more defined, even if it ends up with an unfortunate family resemblance…

Of course, Sport’s superior lighting engine doesn’t hurt. It picks up subtle details that the combo of Standard plus previous-gen lighting engine just can’t replicate. Props to Polyphony for getting the ridges onto the top portion of the Supra’s headlights all those years ago — but look at the detail within the housing in the Sport version. It’s a whole other level.

…mostly because it actually functions as one now. Look at that update!

With the Supra being the first Standard car Polyphony has refreshed for GT Sport, we wonder if another car will receive the same treatment with the next batch. Some of the dozen Toyotas we’d like to see in modern racing games certainly qualify too.