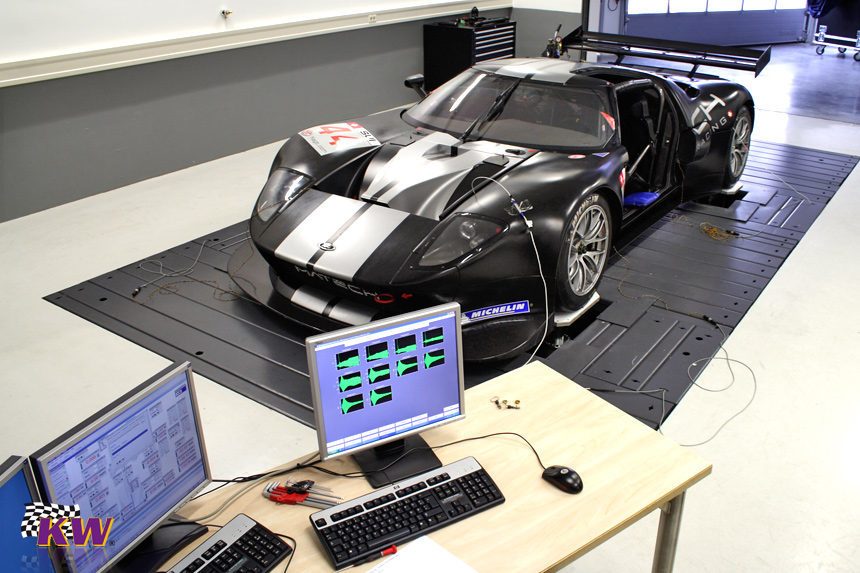 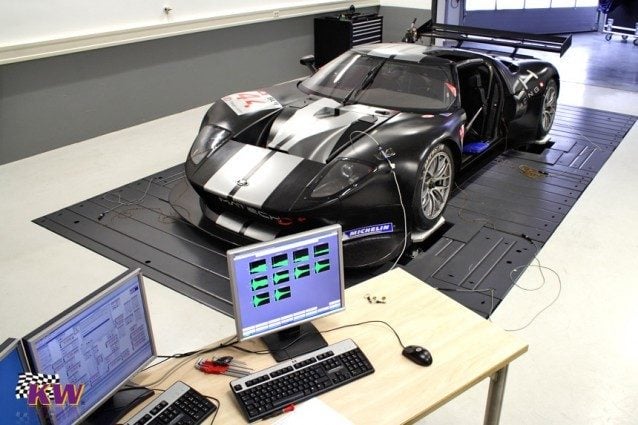 Polyphony Digital’s partnership with KW Suspension for Gran Turismo 6 could be more of a collaborative effort than many may have initially realized. 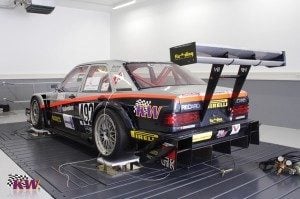 According to an article posted at NZGamer.com, a behind the scenes tour was given of Polyphony Digital’s office during last week’s Tokyo Game Show.

After a discussion with Michael Grassi, Head of Motorsport Sales and Technical Support at KW Automotive GmbH, it was revealed that players will be able to fine tune suspension systems using KW’s “7-post” test environment which is as detailed:

The 7-post mode is reserved for the so-called track replay mode. First of all, data has to be collected at the race track which is then evaluated at the test stand. The data record can only be used for identical car constructions.

At the chassis, three solid attachment points have to be created for the three additional hydraulic cylinders which supply lateral inclination, downthrust and other car body movements during the test run.

As you can gather, this level of authenticity will allow players to continually test, tweak, and re-test the cars suspension systems, getting it just right before heading out to the track.

For the entire behind the scenes look, including interesting comments on a new “Vision Gran Turismo” car, check out the entire article here, and learn more about the “7-post test” on KW’s Technology page.

The testing equipment can be seen in action below.

Gran Turismo Sport 548 Jun 14 by Andrew Evans
The latest round of Gran Turismo Sport Daily Races has arrived and this week players will be heading to two of the world’s most famous racing circuits, and a staple…

Gran Turismo 7 1097 Jun 8 by Andrew Evans
In case you missed the major news of last week, it appears that there’s a very real possibility that 2022’s Gran Turismo 7 will release on PlayStation 4 as well…